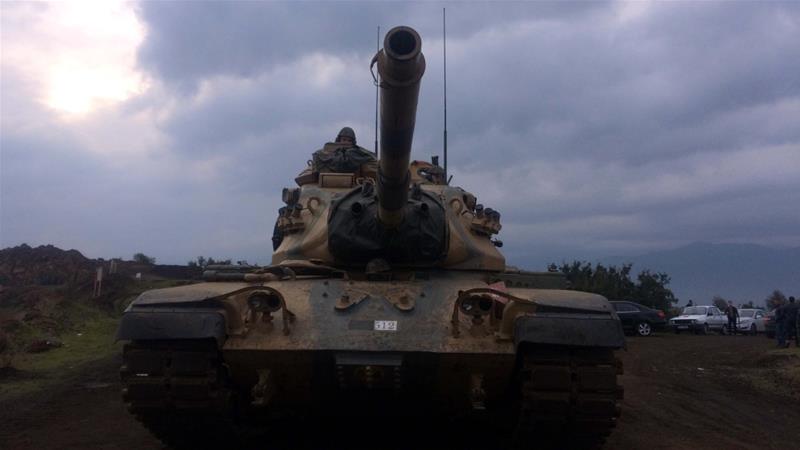 The Turkish military has shelled and bombarded Syrian Kurdish positions in northern Syria for a fifth day, as President Recep Tayyip Erdogan threatened to extend the offensive east of the city of Manbij.

Turkey on Saturday launched the operation in the Afrin region to clear it of US-backed Kurdish fighters, seen by Ankara as a threat to its security.

Manbij, which is also under control of US-backed Kurds, is located east of the city of Aleppo. Erdogan said he plans to “foil games along our borders starting from Manbij”, adding that Turkey would, “clean our region from this trouble completely”.

The Turkish military said on Wednesday that 260 Kurdish and ISIL fighters were killed in the incursion, a claim refuted by a Kurdish commander, who said the number was “greatly exaggerated”.

Turkish troops have taken control of various Syrian Kurdish positions and created “safe zones” in these areas, according to Turkish media.

One Turkish soldier has died during the operation, according to the military.

The Kurdish Democratic Union Party (PYD) and its armed People’s Protection Units (YPG) have come to control large expanses of northern Syria, including Afrin, in the course of the Syrian war.

The YPG was at the forefront of the fight against the Islamic State of Iraq and the Levant (ISIL) group, which had captured large parts of Syria and neighbouring Iraq in 2014.

Redur Xelil, a senior official from Syria Democratic Forces (SDF) led by the YPG, confirmed that several YPG and SDF fighters had been killed, but declined to say how many.

He also said the SDF had killed tens of Turkish forces and allied Free Syrian Army fighters but said he did not have precise numbers.

He also denied the claim that there were ISIL fighters taking part in the fight for Afrin.

Turkey sees the YPG as a “terrorist group” that acts as the Syrian offshoot of the Kurdistan Workers’ Party (PKK), which has waged a bloody three-decade fight against the Turkish state.

The US, however, sees the YPG as an effective group in the fight against ISIL in the region.

The Turkish operation against the US’ Kurdish allies could threaten Washington’s plans to stabilise and rebuild a large area in northeast Syria – beyond President Bashar al-Assad’s control – where the US supported a force dominated by the YPG to drive out the ISIL group.

Erdogan and Trump to talk

Erdogan and his US counterpart Donald Trump will speak over the phone on Wednesday to discuss the situation in Afrin, according to Mevlut Cavusoglu, the Turkish foreign minister.

The US and Russia have both called on Ankara to exercise restraint during its current “Operation Olive Branch”.

Although Moscow did not express support for the operation, Russian forces in Afrin were withdrawn from the area just before the start of the offensive, and Turkish jets were allowed to use the airspace over the area, which is controlled by the Syrian government and Russia.

The Kremlin said President Vladimir Putin had also discussed Turkey’s military operation with Erdogan by phone, saying that Syria’s territorial integrity and sovereignty had to be respected.

A Kremlin statement said both men stressed the importance of continuing their two countries’ joint work to try to find a peaceful resolution to Syria’s crisis. Russia has been Assad’s most powerful ally against rebels and fighters in Syria.

Al Jazeera’s Stefanie Dekker, reporting from the Turkey-Syria border, said the United Nations estimates the Turkish offensive has displaced about 5,000 civilians in the Afrin district so far.

Sources in Afrin told Al Jazeera some residents do not want to leave, while others have accused the YPG of not allowing them to get out, Dekker said.

“It is very much a propaganda war from every side. You need to take everything with a pinch of salt: the figures, the death tolls, what happens, what [are] the facts on the ground,” she said.

“What you’re seeing now, with ISIL having been pushed out largely from Syria, is this power play of the international actors. The YPG is the US’ best ally, so it’s a very complex situation.” 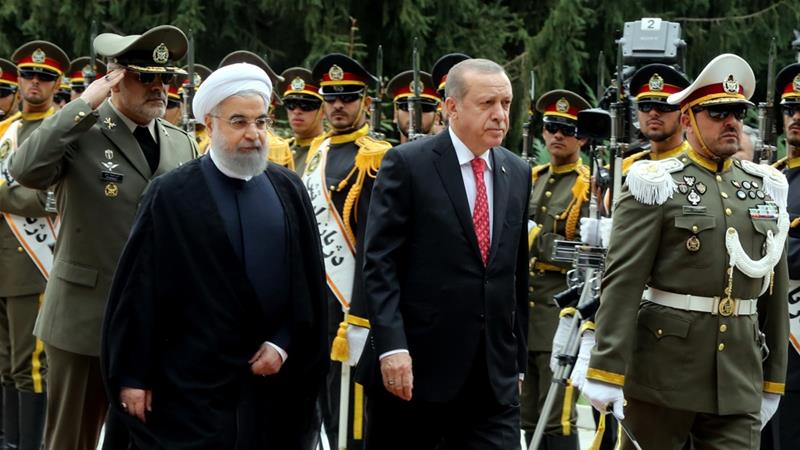 How will Iran and Turkey deal with Kurdish state bid?