An idiosyncratic Tudor Revival house in Brighton that was afforded no heritage protection by the local council has been saved following a community campaign to stop it being bulldozed.

The state government has granted the 91-year-old Grosvenor Street house permanent heritage protection after it was deemed locally significant by an independent planning panel appointed by Planning Minister Richard Wynne. 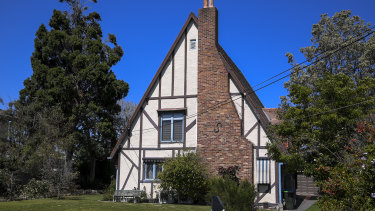 Mr Wynne took a swipe at Bayside City Council as he announced the government had stepped in to save the distinctive house, which was designed in the 1920s by Esme Johnston, a journalist, writer, actress and broadcaster.

“This is a timely reminder to councils that they have a duty to their communities to make sure they have their local heritage identified and protected so it doesn’t need saving at the last minute,” Mr Wynne said.

“The bayside community rightly values this house for its significant local heritage and it’s appropriate it is protected for future generations to enjoy.”

The process has been immensely traumatic for owners Irene and Frank Pothitos who bought the house in 2011 after checking it was not covered by a heritage overlay.

They had planned to demolish the house and build two new townhouses for themselves and Ms Pothitos’ elderly parents.

However their plans were stymied following a campaign – backed by the National Trust and community association Beaumaris Modern – to save the house.

Ms Pothitos told The Age in June the family’s dream had been extinguished and their lives destroyed.

“And for what? So that people walking past the house can remark that it looks like something out of Hansel and Gretel?” she said at the time.

On Thursday Ms Pothitos said she didn’t have anything further to say. 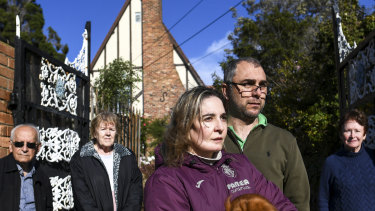 Irene and Frank Pothitos (centre), and Irene’s parents Andrew and Linda, pictured in June in front of their house designed by Esme Johnston. Credit:Penny Stephens

Bayside City Council must now consider the site’s heritage values before issuing a planning permit for any future works.

National Trust executive manager advocacy Felicity Watson said this was “a humble house with a big story to tell, and one of a very small number of heritage buildings in the state by a female designer”.

“We are pleased that the Esme Johnston house will be now be protected into the future, following a long process of assessment and consideration,” Ms Watson said.

“While we understand that not all home owners are supportive of heritage protection, we believe the protection of places with genuine significance is to the benefit of the broader community and future generations.” 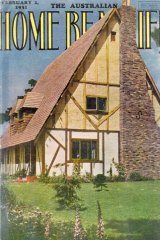 The Esme Johnston house on the cover of Home Beautiful in 1931.

The National Trust would like to see councils provide more certainty to home owners by undertaking more regular heritage reviews to identify gaps in protection in consultation with communities.

“We are also continuing to call on councils and the state government to celebrate local heritage, and provide incentives for the owners of heritage places through schemes like restoration grants and rate relief,” Ms Watson said.

Bayside City Council has come under attack for not completing heritage studies which meant that historic homes were left unprotected.

In June, Bayside council voted to resume its previously abandoned 2017 mid-century modern heritage study for Beaumaris and Black Rock and review its 2007 inter-war and post-war heritage study, which was only partially implemented.

The council did not comment before deadline on the decision to grant the Esme Johnston house permanent heritage protection.

Meanwhile a parliamentary inquiry will be held into heritage protection in Victoria after the Legislative Council passed a proposal by Sustainable Australia MP Clifford Hayes.

America Ferrera is stepping behind the camera for the first time to direct “I Am Not Your Perfect Mexican Daughter.” The film, adapted from Erika…