Last week Labor took to social media to remind us it was 47 years since the Whitlam government passed the Racial Discrimination Act.

The anniversary was a reminder that outside of academia, with the exception of migration and Indigenous policy, issues of race have largely disappeared from daily life. 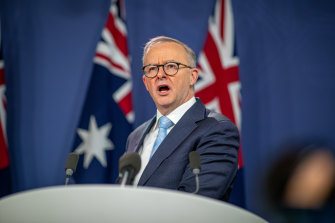 We are rightly proud of our success as a multicultural nation.

Sure, no memoir of an Australian migrant childhood is complete without an opening chapter that includes a vivid description of the shame of opening an ethnic lunchbox in an Australian schoolyard, a trope also much-loved by prospective MasterChef contestants. Oh, the horror of salami sandwiches, curries and kimchi!

These days of course it is just as likely the white kid has been packed off to school with a falafel and tabouli wrap.

In the Australia of today where different races and ethnicities bump along together most of us probably give little thought to issues of race.

But the same can’t be said for our politicians.

I am still amused by the reaction a member of the new cabinet had to learning that my husband (of Anglo-Scots-Irish ancestry) was married to me (of Indian ethnicity).

For some reason the then shadow minister thought it was worthy of comment, saying it showed how far we had come since the White Australia policy. That would be the set of policies aimed at preventing non-European migrants coming to Australia, policies that were dismantled over many years, largely under the Menzies and Holt governments in the 1950s and ’60s.

Still it’s good to know it lingers in the memory of at least one member of the new ALP government.

While ethnicity might not matter as it once did in people’s daily lives, that’s not true when it comes to politics.

At the last federal election, the Liberal Party saw big swings against it in seats with large Chinese communities such as Chisholm, Reid and parts of Menzies. Being ethnically Chinese wasn’t enough to save Gladys Liu. The tough-on-China rhetoric, rightly or wrongly, was received as being tough on Chinese.

But while some Chinese voters headed towards the ALP, the evidence suggests that with other ethnic communities the traffic was all headed away from Labor.

All across Melbourne at booths in areas with large ethnic communities there were swings against Labor, especially in the south-east but also the outer north and west. 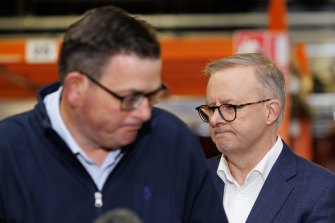 Well, in the premier’s seat of Mulgrave, there were drops in Labor’s primary vote in nearly every booth. Big ones. With swings against the ALP of over 20 per cent in four booths, when comparing the results of the May federal election and the 2018 state election.

At Noble Park North, which has large numbers of Indian, Sri Lankan, Vietnamese, Greek and Chinese voters, Labor’s vote fell by 25.8 per cent – 22.3 per cent on a two-party-preferred basis.

At the Lyndale booth, an area with large numbers of Indians, Sri Lankans and Afghans, Labor’s two-party-preferred vote dropped 14 per cent.

The story was the same at booths in the state seat of Narre Warren North, currently held by Luke Donnellan, whose ministerial career ended last year after he admitted breaking ALP rules. Belinda Wilson, his replacement as Labor candidate, should be worried.

Swings against Labor at the federal election were as high as 30 per cent in its primary vote and 16 per cent two-party-preferred in the seat’s booths in Endeavour Hills where large numbers of Indian, Sri Lankan, Afghan and Chinese voters live.

Is there any reason to believe the collapse in Labor’s vote last month in booths where large ethnic populations reside will be repeated in November?

If anything it will be worse.

While ethnic kids of my generation may have endured the shame of taking a smelly lunch to school, this younger generation felt the sting of a premier who locked down public housing towers without warning.

Families, many from African communities, were confined to their flats with a heavy police presence to ensure they stayed there. As for lunch? They didn’t get any. The meals that were dropped to their doorsteps in many cases ignored their religious and cultural requirements.

These towers were in Green inner-city territory. But for many suburban voters from ethnic communities, needing papers to travel more than a few kilometres from home will have been a painful reminder of the types of governments they thought they had put behind them when they arrived in Australia.

Even before COVID, plenty of ethnic voters had reason to resent this state government.

Unlike post-war migrants who settled first in Carlton and Richmond, increasingly they are establishing communities in the outer suburbs. Although they may have found the comfort of a strong ethnic community, they have also had to endure the lack of services and infrastructure, from public transport to hospitals, that are well-known in those areas. That neglect is unlikely to go unnoticed come November.

Although this might be a problem for Labor, it’s far from clear the Liberal Party will be the beneficiary. For although the ALP vote collapsed in outer suburban strongholds, there wasn’t a corresponding growth in the Liberal vote.

Instead voters in those booths drifted off to right-wing minor parties and their preferences in some cases drifted back to Labor.

If the Liberal party is serious about building new coalitions of voters, it might want to get cracking.