The EU urged the US not to go it alone in any effort to make peace between Israel and the Palestinians. 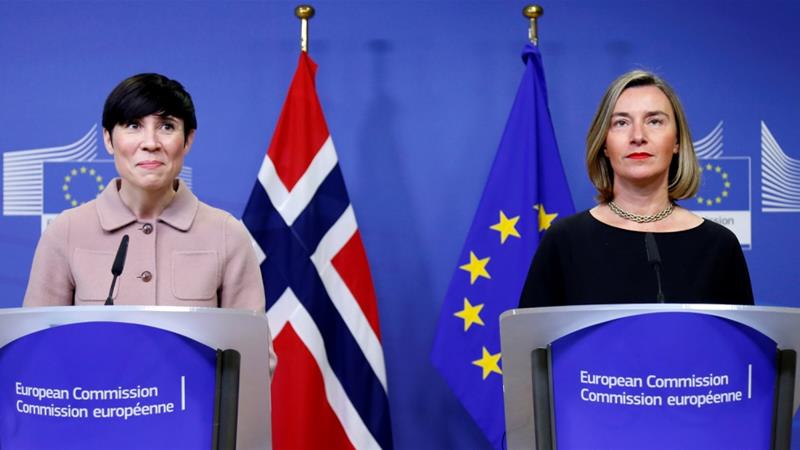 The European Union has announced a new funding package of 42.5 million euros (nearly $53m) to help the Palestinians build their new state.

The announcement on Wednesday came as Brussels urged the US to not go it alone in any effort to make peace between Israel and the Palestinians.

The EU warned that doing so would end in failure.

“Any framework for negotiations must be multilateral and must involve all players – all partners – that are essential to this process. A process without one or the other would simply not work, would simply not be realistic,” EU foreign policy chief Federica Mogherini said.

Her comments came at an emergency meeting of an international committee coordinating Palestinian development aid. Government ministers from Israel and Egypt, as well as the Palestinian prime minister and a US senior official, attended the talks.

The meeting was the first of its kind since US President Donald Trump recognised Jerusalem as Israel’s capital, breaking with an international consensus that the holy city’s status should be resolved in negotiations between Israel and the Palestinians.

Mogherini said “this is a difficult moment” for the region. She said that Wednesday’s meeting would focus on ways to promote a two-state solution to the conflict and expressed hope that it “could be an element of facilitation for restoring some trust and a level of confidence”.

As the talks began, the EU announced the funding package, including substantial support in East Jerusalem, which the Palestinians hope to make their future capital.

The meeting was also set to look at ways to support the UN agency working with Palestinian refugees, UNRWA.

The US has been the largest donor, giving one-third of the total budget. But the Trump administration withheld half of the first instalment of payments this year, demanding reforms as a condition for future aid.

UNRWA says the move has sparked its biggest ever financial crisis. It’s called on donors to speed up their funding, and Switzerland, Finland, Denmark, Sweden, Norway, Germany, Russia, Belgium, Kuwait, the Netherlands and Ireland have taken steps to do so.

UNRWA said it is seeking $800m for emergency operations in Syria, the West Bank and Gaza Strip this year.