EU chiefs have clocked up tens of thousands of miles on private jets in the run up to COP26 despite lecturing Britain on being green.

Eurocrats have taken 32 trips using "air taxis" in the last two years, including many for short haul journeys within Europe. 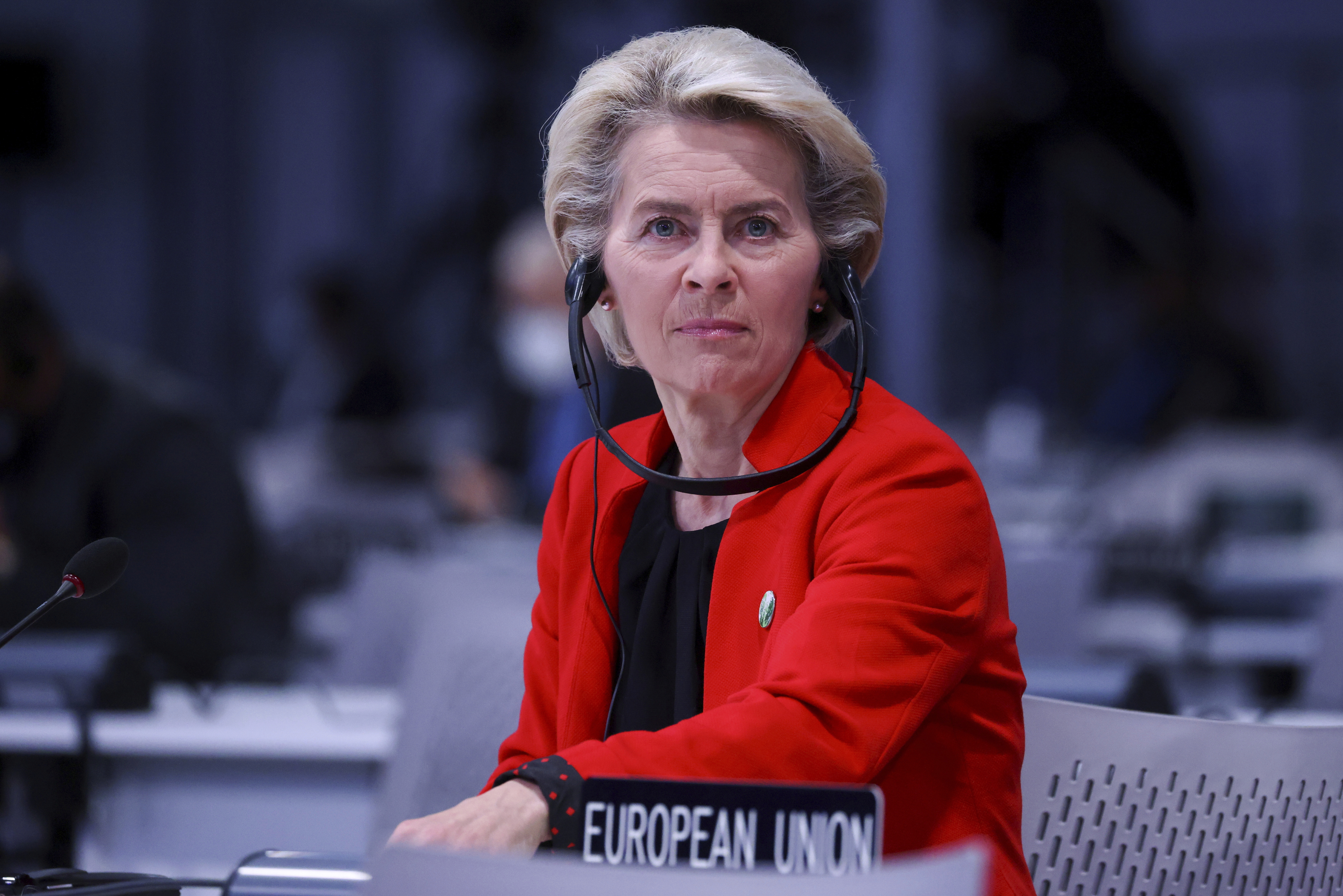 Environmental groups accused the bloc's top brass of contributing to a climate disaster with their use of luxury travel.

She has racked up the most polluting air miles of any eurocrat by using air taxis for more than half of her foreign missions.

The big talking Brussels chief took 18 such flights including brief hops to London, Paris, and Strasbourg.

Her shortest trip was just 31 miles between Vienna and Brastislava, which takes an hour to cover by either rail or road.

Meanwhile her longest journey was for a meeting of her top team in the Ethiopian capital Addis Ababa – a 7,000 mile round trip.

In July he took a private jet to the Uzbek capital Tashkent, which Turkish Airlines runs regular flights to from Brussels.

Greenpeace EU said: "Many flights, particularly in Europe, could be easily replaced by train journeys."

Campaign For Better Transport boss Paul Tuohy added: "We all need to play our part by using the greenest form of transport whenever possible.

"World leaders must set an example and lead with actions, not words, to reduce their own carbon footprints first and foremost.”

Last night Boris Johnson prompted anger as it emerged he'll use a chartered plane to fly back to London from Glasgow.

COP26 minister Alok Sharma has also been criticised over his use of commercial flights to drum up global support for the climate conference.

Brussels called into question Britain's commitment to going green during the Brexit talks even though our climate targets are more ambitious.

The Commission defended its use of private jets and said the plane taking the EU party to COP26 ran on biofuels.

A spokesman added: "An air taxi is only used when necessary, to enable presence at meetings in various places on a very packed schedule."