If there's something the field invaders of the world aren't known for, it's having an endgame.

The beginning of a field or pitch invasion is easy: jump onto the grass, possibly disrobed, and run around until the entire stadium has its eyes on you. Then comes the hard part. Do you run around until security inevitably corrals you, taking you away to a jail sentence and ban from future games? Do you try your luck at escaping, which can be hit or miss?

These are questions the invaders never seem to have an answer for. Until Thursday, when an enterprising protester found a novel way to stretch out his time in the spotlight during an Everton-Newcastle Premier League match.

The protester, wearing a "Just Stop Oil" shirt, ran onto the pitch, then ziptied himself to a goal post by the neck. 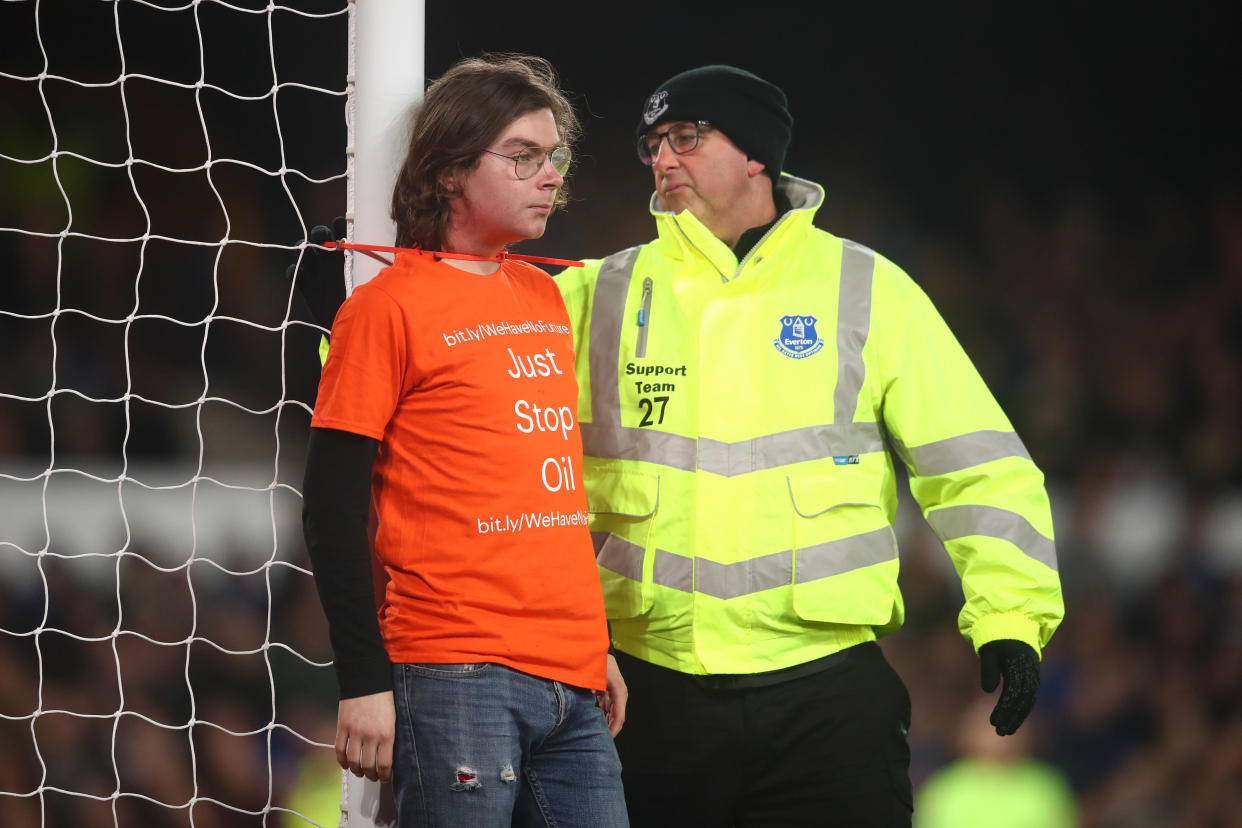 While you would think removing the protester would be as simple as locating the nearest pair of scissors, it apparently wasn't that easy for the match stewards.

For several minutes, staffers tried to cut the protester loose. Even bolt cutters struggled to do the job.

What is going here at the Everton vs Newcastle match? pic.twitter.com/CpE6L9Aimj

The circus didn't stop when the protester was finally freed from the post, though. Once security had him loose on the ground, an Everton fan ran onto the pitch and attempted to attack the protester before being hauled away himself.

Anti-oil protester ties himself to the goalpost at Everton vs Newcastle.

Then an Everton fan runs onto the pitch and throttles him.#evenewpic.twitter.com/i8n0Bj2VqX

All told, it took around seven minutes for the match to get back underway. Everton would eventually win 1-0, behind Alex Iwobi's stoppage time goal, a welcome respite from the club's recent turmoil.