Summer is (effectively) over, which means it’s time to skip over fall and start getting into the Yuletide spirit!

A few weeks after Lifetime unveiled its Christmas slate, Hallmark is officially revealing the premiere dates for a record 40 films this holiday season for the 10th anniversary of its signature programming event, Countdown to Christmas, which kicks off Friday, Oct. 25 on Hallmark Channel and Hallmark Movies & Mysteries.

“Hallmark holds a special place in the hearts of all who love holiday celebrations, and no one does Christmas like Hallmark,” Michelle Vicary, Executive Vice President of Programming & Publicity at Crown Media Family Networks, said in a statement. “A Christmas movie is so much more than carols, tinsel and lights. A Hallmark holiday movie is filled with Christmas, and joy, romance, emotion, sweetness, and tradition. What we built in holiday entertainment on television 10 years ago has grown into a cultural phenomenon beloved by tens of millions of people and it cannot be copied.”

“My family and I have always been a fan of Hallmark films and I was so excited when they asked me to be in this one. I’ve had so much fun making A Christmas Miracle and can’t wait for everyone to see it this holiday season,” Mowry-Housley exclusively tells ET, which debuts the first official photo from the film.

Check out the full slate of all 40 Hallmark films and premiere dates below.

Christmas Wishes & Mistletoe Kisses
Starring: Jill Wagner, Matthew Davis and Donna Mills
Premieres: Saturday, Oct. 26 at 8 p.m. ET/PT
Single mom Abbey (Wagner) takes a leap of faith to pursue her passion for interior design. When she gets hired to decorate the estate of local businessman Nick (Davis), Abbey must complete the job by Christmas Eve. With the holidays fast approaching, Abbey must figure out how to break down the wall between her and Nick, as this could be the opportunity that jump-starts her career.

Merry & Bright
Starring: Jodie Sweetin, Andrew Walker and Sharon Lawrence
Premieres: Saturday, Nov. 2 at 8 p.m. ET/PT
Cate (Sweetin), CEO of the Merry & Bright Candy Cane Company, meets Gabe (Walker) during the busy Christmas season. She assumes Gabe is the suitor her well-meaning mother is trying to set her up with when in reality, he works for Empire Corporate Recovery, which has been hired to take a closer look at Merry & Bright’s operation and find ways to make the company more profitable. As Cate and Gabe begin to work together, they find ways to elevate the business and find that they have more in common than savvy business sense.

Christmas Scavenger Hunt
Starring: Kevin McGarry and Kim Shaw
Premieres: Sunday, Nov. 3 at 8 p.m. ET/PT
When Belinda (Shaw) heads back to her hometown for the holidays, things get complicated when she is forced to team up with her ex, Dustin (McGarry), at the town’s annual Christmas scavenger hunt.

The Christmas Club
Starring: Elizabeth Mitchell and Cameron Mathison
Premieres: Saturday, Nov. 17 at 8 p.m. ET/PT
In The Christmas Club, based on the novel by Barbara Hinske, two busy strangers, Olivia Bennett (Mitchell) and Edward Taylor (Mathison), meet when they help an elderly woman find her lost Christmas savings. Thanks to fate and Christmas magic, they also find something they were both missing: true love. 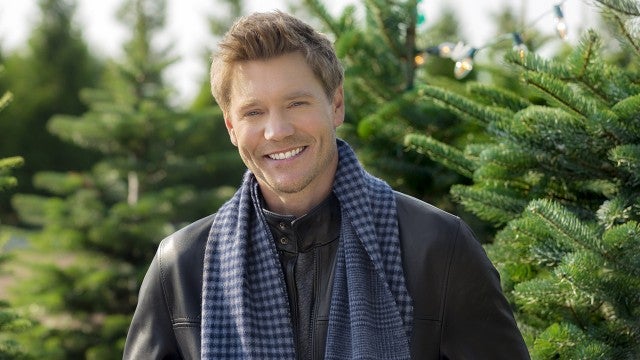 Write Before Christmas
Starring: Torrey DeVitto, Chad Michael Murray, Grant Show, Lolita Davidovich and Drew Seeley
Premieres: Thursday, Nov. 28 at 8 p.m. ET/PT
The film’s To All the Boys I’ve Loved Before-esque premise revolves around the recently single Jessica (DeVitto), who sends Christmas cards to five people who have impacted her life: the aunt (Davidovich) who raised her, her younger brother in the military, a pop star Jax (Seeley) who provided the soundtrack to her life, the music teacher who inspired her and her best friend, Mimi, who always tells her the truth.

Hallmark Hall of Fame’s A Christmas Love Story
Starring: Kristin Chenoweth, Scott Wolf, Keith Robinson and Kevin Quinn
Premieres: Saturday, Dec. 7 at 8 p.m. ET/PT
Chenoweth stars as a youth choir director who finds a boy with a golden voice (Quinn), much to the surprise of his widowed father (Wolf). 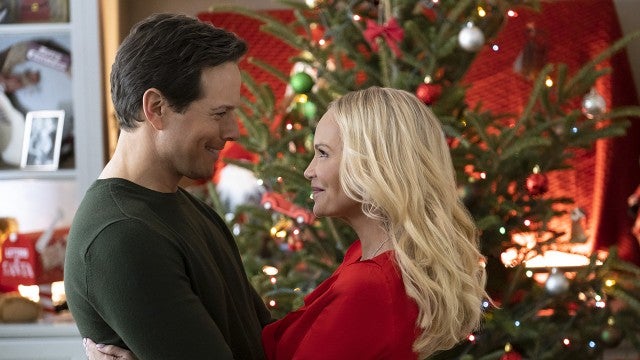 Christmas at Dollywood
Starring: Danica McKellar, Niall Matter and Dolly Parton
Premieres: Sunday, Dec. 8 at 8 p.m. ET/PT
In Christmas at Dollywood, Rachel Lewis (McKellar) is a single mom and award-winning Broadway producer who learns investors have mismanaged her latest theatrical — a holiday extravaganza — into bankruptcy, forcing the show to close before it even opens. Dismayed, Rachel’s friend calls from Tennessee to tell her about an opportunity to produce a show for the 20th anniversary of the Smoky Mountain Christmas Festival at Dollywood. The only caveat? Rachel will have to work with Luke Hakman, Dollywood’s entertainment director who sees the holiday show as a stepping stone to become the park’s new general manager.

Two Turtle Doves
Starring: Nikki DeLoach and Michael Rady
Premieres: Friday, Nov. 1 at 9 p.m. ET/PT
Named after a lyric from “The 12 Days of Christmas,” Dr. Sharon Hayes (DeLoach) searches for a beloved family heirloom in a small Christmas town. When she unexpectedly discovers an adorable little girl and her disheartened father (Rady), she realizes that Christmas miracles really do happen. 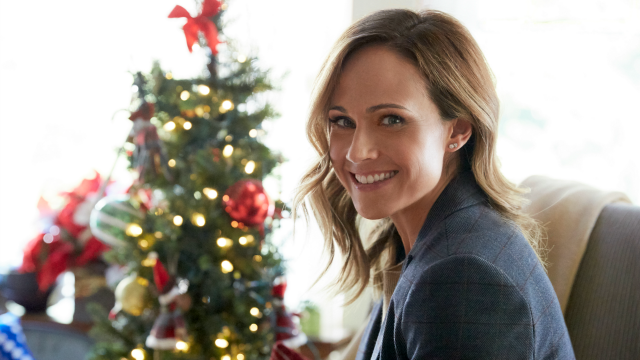 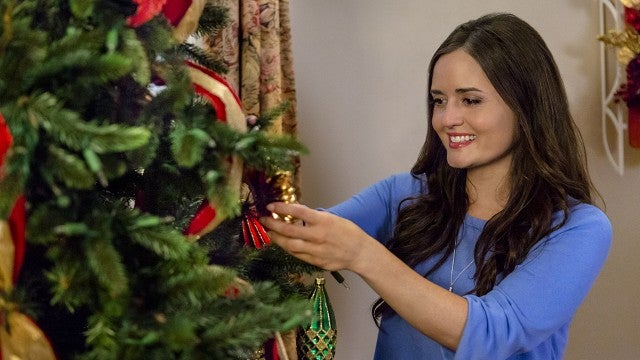 Who Are the Hallmark Hunks? Meet 5 Stars Ready to Sweep You Off Your Feet (on TV)