Blade thug Jolene Doherty can now be named as the killer of Conner Cowper after she turned 18. 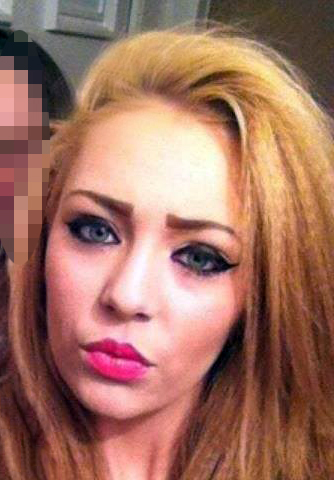 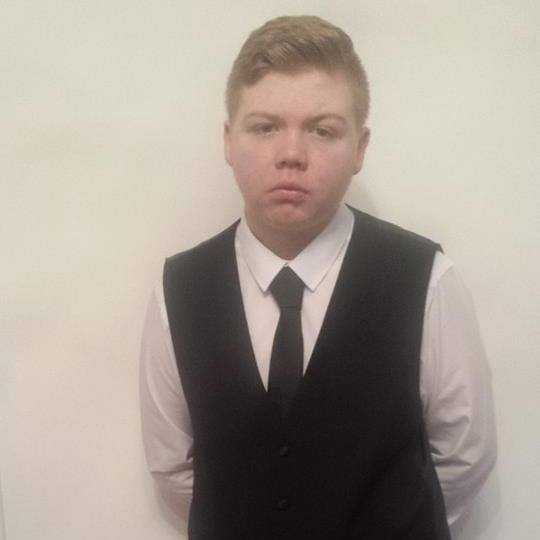 The fiend is serving at least 16 years for the savage assault on the 18-year-old at a flat in Holytown, Lanarkshire, last April.

She says Doherty has never shown any remorse for what she did and mocked her victim's loved ones at her trial.

She recalled the terrible moment she learned the lad was dead — and told how his murder has left the entire family shattered.

Doherty is serving life for butchering Conner in a cocaine and booze-fuelled attack with a kitchen knife just hours after they’d met at a party.

Linda said: “The sentence couldn’t have been higher but it won’t bring him back. Jolene is pure evil. When we saw her at the trial we all felt sick. She was even looking up at us and sniggering.

"Conner was a gentle giant with a heart of gold and he would do anything for anybody.

“His life was just starting and now we’ll never get to see him again. It was disgusting to hear the details of what she did.”

Linda, of Airdrie, added: “That girl should have been locked up a long time ago and if she had been, Conner might still be here today.

“She is an evil monster and has shown no remorse.”

Doherty was branded “highly dangerous and unstable” when she was caged for killing Conner in the savage unprovoked attack in Holytown when she was 17.

The callous thug has a history of violence and carrying blades and was expelled from school aged 11.

She can only be identified now because she has turned 18. But Linda added: “It is disgusting that she wasn’t named before because of her age.

Jolene is pure evil. When we saw her at the trial we all felt sick. She was even looking up at us and sniggering. "

Doherty’s trial at the High Court in Glasgow heard she had launched the fatal attack as Conner partied with mates at a flat last April.

Jurors were told he “fancied” the killer but she stabbed him in front of horrified revellers after he called her a “stupid wee girl”.

She fled as friends tried in vain to save Conner, who died at the scene. 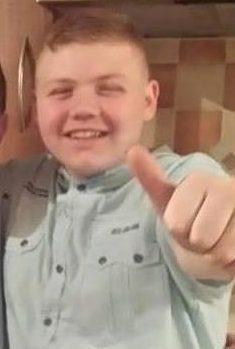 Describing the moment she learned he was gone, Linda said: “I will never forget the day I got that phone call. It was the worst moment of my life.

"It’s been a year but it feels like yesterday that it happened. It will never go away.”

The thug was branded ‘the most hated woman in Scotland’ after a clip of her smacking the lad was posted on social media when she was 14. 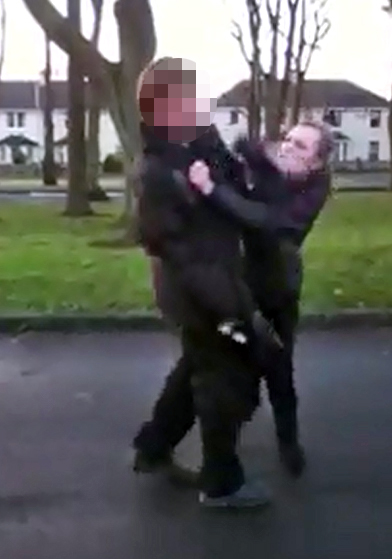 In the video, her victim — who cannot be named — refuses to react as she screams foul-mouthed abuse at him.

She then hits the schoolboy in the head and chest six times during a vicious attack.

Horrified social media users shared the cruel clip in 2013 before the killer — now a mum — demanded it was re­moved from Facebook.

Conner’s mum Linda Fraser said: “We were made aware of a video of her years ago battering an autistic boy.

“She managed to somehow get it removed from Facebook and YouTube and changed her name on Facebook to Jolene Smith so that people didn’t know it was her.

“The video is absolutely disgusting and shows her for what she really is — evil.”

Prosecutors said Doherty — who had a baby while on remand at Cornton Vale prison — craved being the centre of attention and had tried to play two men off against each other on the night she killed Conner.

She denied murdering the teenager, claiming the stabbing was self-defence as she feared he would attack her for kissing someone else.

But jurors dismissed her story and convicted her in December.

She was sent down at the High Court in Edinburgh the following month and told she would spend at least 16 years behind bars.

Linda said: “The things she tried to say at the trial were total lies — Conner had loads of girls as best friends and would never have been trying to get with her.

“We were hoping and praying the entire time that she got life and we can’t thank the judge and the depute advocate enough.”

During the trial Lord Arthurson blasted Doherty for showing “no empathy” to her victim’s grieving family. But he praised kitchen assistant Linda and Conner’s other relatives for behaving “with silent dignity” throughout harrowing days in court.

Linda said: “It was hard but we did it for our Conner.”

Conner’s aunt Jenna Newton, 38, said smirking Doherty had “acted like a naughty schoolgirl in front of a teacher” during her trial.

The mum of one added: “It was as if she was thriving on the situation — it was disgusting.

“The judge said Conner was in the wrong place at the wrong time and it could have been anybody.”

And Conner’s gran Janet Fraser, 59 — who he called his “second mum” — said his death has left her shattered.

She said: “It will never sink in for us. We just want him back.

“He was a beautiful boy, he told me he was going to look after me when I get older and now he’s gone.

“That girl is nothing but an evil psychopath and she should rot in jail.

“Conner’s papa is a broken man — we all are broken. Life is never going to be the same without him.”