A former congressman has denied accusations put forward in a new lawsuit that alleges he sexually abused a teen five decades ago.

Gary Ackerman, who worked as a director of a Boy Scouts camp before starting his political career, is at the center of one of the latest lawsuits to be filed as a part of the year-long open window for the Child Victims Act in New York.

The lawsuit alleges that in 1966 when the victim, whose name is withheld from the suit and who is referred to as John Doe, was 17 years old and Ackerman was 23 years old, Ackerman allegedly fondled and then tried to force the victim to perform oral sex on him before he allegedly performed oral sex on the victim, the lawsuit states. 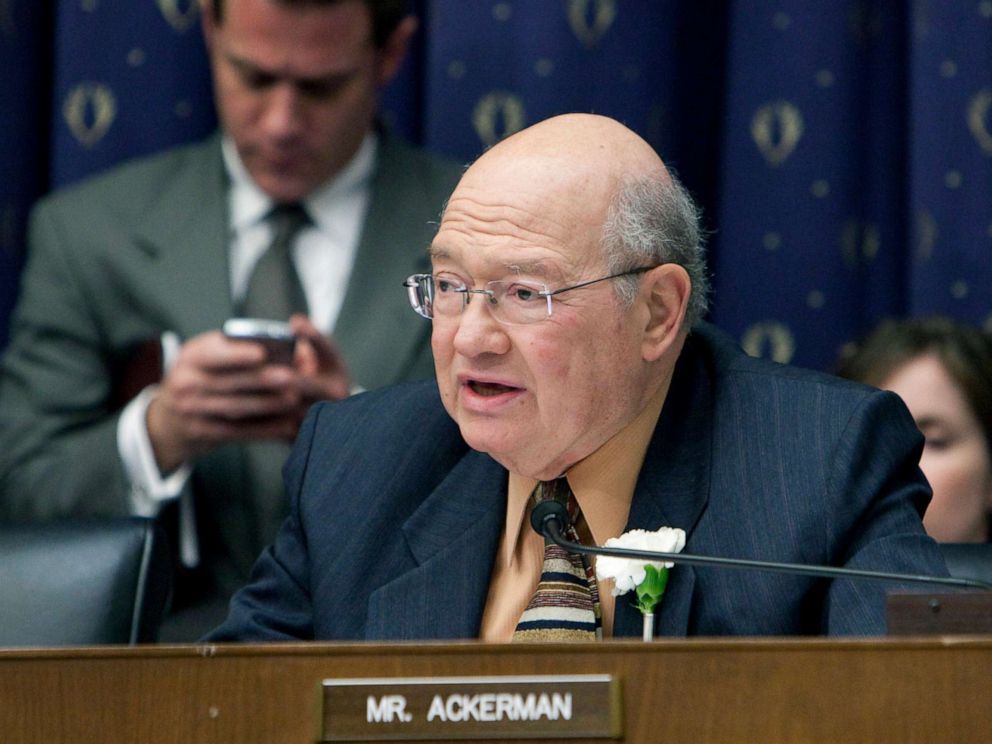 “Mr. Doe brings this lawsuit to recover for the emotional and physical suffering he incurred because of the negligence of the Greater New York Council of the Boy Scouts of America and Ten Mile River Scout Camp and to make sure no other child is forced to suffer the abuse and physical and mental trauma he felt and continues to feel,” the lawsuit states.

The suit also specifically states that “despite Ackerman’s reputation as a sexual predator, he continued to be employed as a camp director under the supervision and control of the Boy Scouts.”

Ackerman’s attorney, Oscar Michelen, denied the allegations to ABC News, saying that “the most offensive allegations are that he was a known sexual predator. There’s no factual basis for that.”

To that point, the Boy Scouts of America released a statement to ABC News saying that they have “no record of any allegation of abuse against Mr. Ackerman in our Volunteer Screening Database, a system established in the 1920s to bar individuals from Scouting who should not work with youth. Had the National Organization been made aware of credible allegations against Mr. Ackerman, we would have acted to remove him from Scouting.”

The New York chapter of the Boy Scouts is listed as a defendant in the case, as is the Ten Mile River Scout Camp and Ackerman directly.

Michelen told ABC News that Ackerman, who went on to serve as a 15-term Congressman representing a district in Queens and Nassau County, has “lived a very clean political life, which is very rare in New York.”

“He’s run a lot of elections, and there has never been any kind of allegation of this type in his entire career and indeed in his entire life,” Michelen said.

“He’s extremely upset and outraged and is upset that he has to … defend himself and we’re very confident that at the end of the day he’ll be vindicated,” he said.

Jordan Merson, the attorney for the plaintiff, did not immediately return ABC News’ request for comment.

Michelen said that the next step in the case is a court date scheduled for Sept. 24, where it will be determined whether the plaintiff can continue to remain anonymous.

The case is one of hundreds of lawsuits alleging sexual abuse against minors in the state of New York that have been filed in the past two weeks. Aug. 14 marked the opening of a year-long window that allows plaintiffs to file civil cases in connection with alleged incidents of sexual abuse that are outside of the state’s prior statutes of limitations.