Ex-Gogglebox star, 47, is jailed for 29 months for a sex attack on a teenage boy after blaming his behaviour on ‘slimming drugs’

A former Gogglebox star who carried out a sex attack on a teenage boy blamed his behaviour on ‘slimming drugs’ as he was jailed for 29 months today.

Andrew Bennett, who starred in series 12 of the popular Channel 4 show, cornered the boy at a house before subjecting him to a shocking attack that left him ‘in tears’ and suffering flashbacks.

A court heard Bennett, 47, had taken selfies with the victim, but then put his hands down his pants, gave him a lovebite and tried to lure him into a bedroom for oral sex.

Bennett, of Sunderland, initially denied any wrongdoing and blamed his actions on ‘slimming drugs’ he was taking at the time.

But after a police probe found DNA linking him to the boy, Bennett admitted a single count of causing or inciting a child to engage in sexual activity and two of sexual activity with a child.

He was sentenced to 29 months’ imprisonment, added to the sex offenders’ register and made subject to a sexual harm prevention order for ten years at Newcastle Crown Court today. 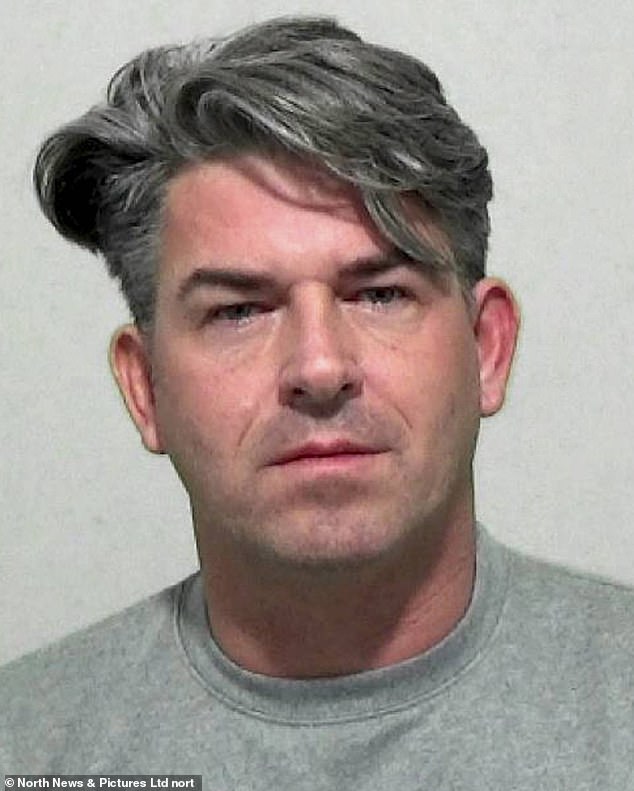 Andrew Bennett (pictured), was today jailed for 29 months at Newcastle Crown Court for a sex attack on a teenage boy 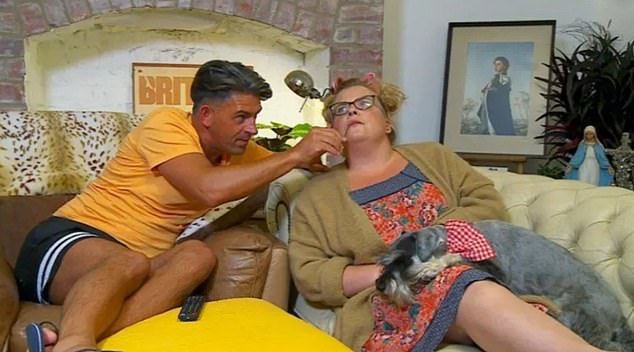 Bennett (left), from Sunderland, appeared in series 12 of the popular Channel 4 show Gogglebox

Glenn Gatland, prosecuting, earlier told the court that Bennett, who had been drinking, asked the boy if he and his girlfriend had had sex – before proceeding to put his hands down his pants.

He said: ‘He started saying he was gay and was asking (the complainant) if he was gay.

‘The complainant said he was not gay. The defendant started to put his hands down his pants again then told him to turn away from him and started kissing him on the back of his neck and gave him a lovebite.’

The court heard that Bennett then told the victim ‘if he was straight he would tell him he didn’t want him touching his penis’.

Mr Gatland said the boy reminded Bennett he was a child, the television star told him: ‘Stop, you are making me feel bad.’

But Bennett continued to pursue the victim and asked if they could go upstairs for oral sex, before the teen left the house ‘in tears’.

Bennett was arrested following the incident, telling officers he was ‘appalled’ he could have behaved that way and blamed it on a slimming aid.

In a victim impact statement read to the court today, the boy said: ‘I looked up to Andrew. I was interested in what he did. I am aware he was on Gogglebox a while ago. 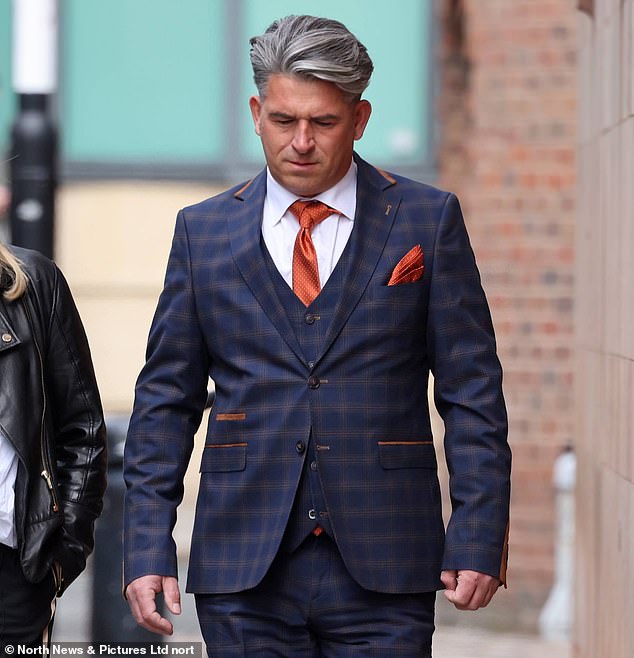 ‘What happened in that few hours will be with me for a very long time. “I felt frightened and very uncomfortable. I didn’t know what to do.”

The boy also said he has been left with ‘flashbacks’, adding: ‘I am trying to be positive and move on, however I do think this will take some time.’

Gavin Doig, representing Bennett, said in mitigation that the defendant had no previous dealings with police and had been involved in charity work.

He added that Bennett ‘could not have been more remorseful’.

But passing sentence, Judge Tim Gittins told the defendant that the love bite was ‘a clear injury and an unwanted, painful reminder of your unwanted attentions that night’.

He added: ‘You sought to blame slimming drugs for your behaviour. I acknowledge this was an aberration in your behaviour, it was unplanned and only occurred because you were intoxicated.’

Bennett, of Gleneagles Road, Sunderland, was jailed for 29 months.