A former professional hockey player and a mother of two were found dead over the weekend in the athlete's home in California, officials said.

Wendi Miller, 48, and Darren Partch, 38, were discovered at Partch's condominium in Newport Beach, according to online records from the Orange County Coroner's Office.

Around 9:30 p.m. on Sunday, the Newport Beach Police Department received a call to the home, where the two were found.

In a news release on Monday, authorities said that the situation is being investigated as a homicide, but did not reveal further information about how they were killed or what their relationship was. 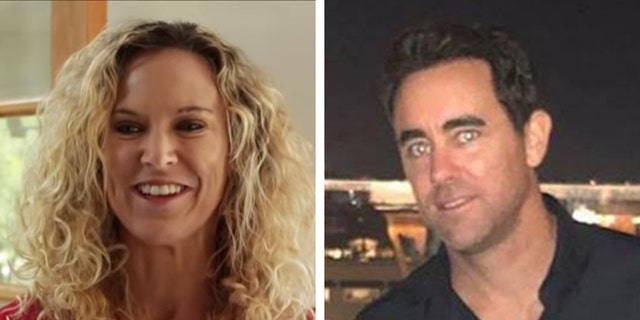 Wendi Miller, 48, and Darren Partch, 38, were found dead in his home in Newport Beach, California, on Sunday, officials said.
(YouTube/Facebook)

Partch spent years playing professional hockey as a forward for teams including the Waterloo Black Hawks and San Diego Gulls, according to Hockeydb.com.

Miller was the CEO of Wings for Justice, a nonprofit organization that advocates on behalf of children in the criminal justice system. Her online bio states she spent her life devoting "herself to the healing and edification of children, adults, and families," and spent more than 12 years working as a licensed psychologist in California and Michigan.

Luke Carpenter, identified by The Mercury News as Miller's son, wrote on Facebook that his mother was fatally shot. He added, "It was told to us that she did not suffer. The police are still investigating all the details."

"I have no doubt in my mind that she was loved on earth and I’m happy that she gets to be loved even better in heaven. I love you mom," Miller's son said.

Anyone with information is urged to contact Newport Beach Detective Rick Henry at 949-644-3797.