That’s a real tonic! Ex-teacher triumphs over neighbours’ complaints to sell gin she makes in her garden shed from 100-year-old recipe handed down by her vicar father

An ex-teacher has been given permission by a council to make and distribute gin in her shed from a 100-year-old recipe – despite complaints from her neighbours.

Kathryn Dean, 55, discovered the recipe for Indian ‘Colonial Spiced’ gin 15 years ago while looking through late father Maurice Bolton’s possessions after his death from vascular dementia in 2011. 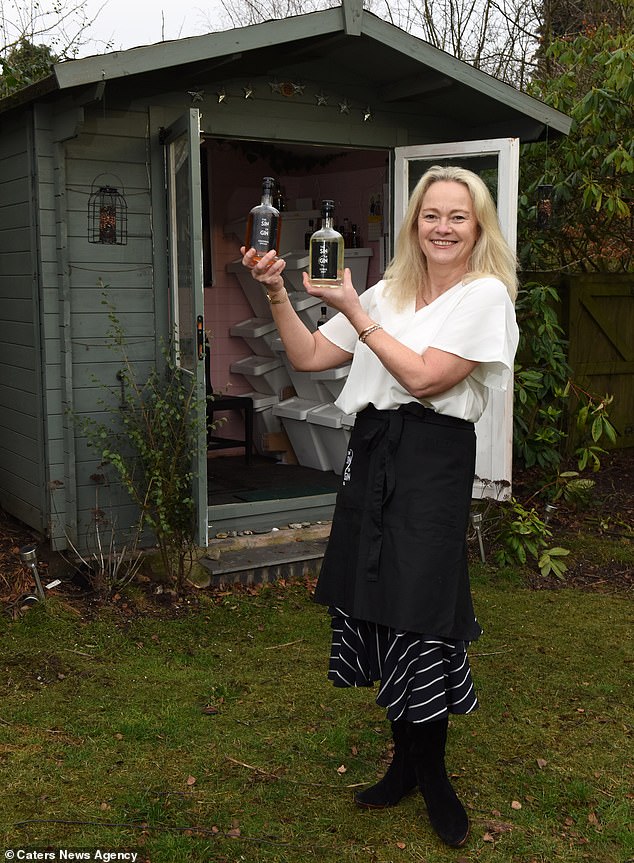 Kathryn Dean, 55, discovered the recipe for Indian ‘Colonial Spiced’ gin while looking through late father Maurice Bolton’s possessions after his death from vascular dementia in 2011 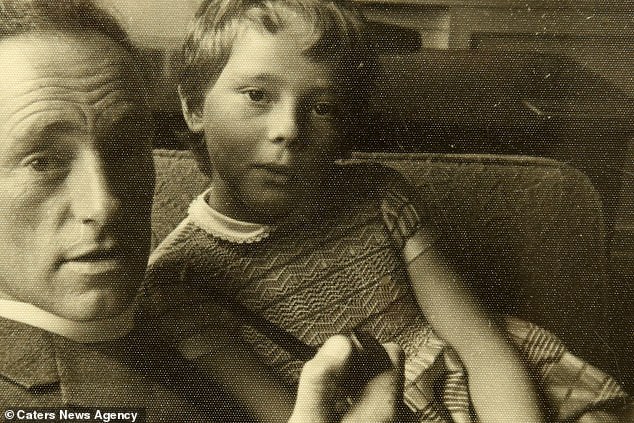 Pictured, Kathryn when she was a child and her late father Maurice Bolton 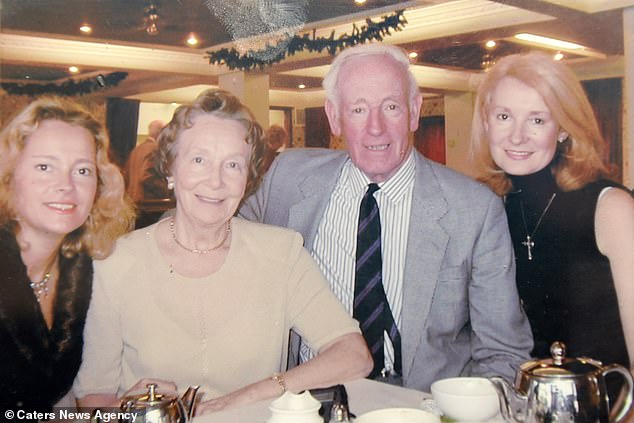 She went on to launch the company The Sin of Gin – named after a quipby her father: ‘there’s no sin in gin’.

She was devastated when her plans to run the business from her shed were blocked after a group of neighbours argued they would bring crime and disturbance to the area.

Luckily, after appearing before Birmingham City Council’s licensing subcommittee last Monday [Jan 21], Kathryn was granted permission to make and distribute her garden shed gin despite the neighbourhood rebellion to have her stopped.

Kathryn, who is married,  said: ‘There was a group of neighbours who were against the business starting, but people loved the gin.

‘It wasn’t just family and friends, the public were asking where they can get more.

‘Even the police found the neighbours’ criticisms laughable.

‘During the appeal, the complainants’ issues were seen to be unfounded by the panel as they didn’t have any proof any crime had escalated since the business had opened.

‘It was quite amusing, my husband was suppressing a giggle at the back.’

Since winning the appeal, Kathryn’s business has enjoyed a roaring trade  – and she has been selling the gin at festivals, to local restaurants and online.

Kathryn said: ‘My father, a vicar, would say ‘there’s no sin in gin’.

‘He used to wink at me when he said that.

‘If he could see me now he would find it very amusing, but very impressed that I managed to keep going.

‘He always told me that if I put my mind to something, I could achieve it.’

Maurice, a Presbyterian minister in Northern Ireland, had been given the special malaria-preventing formula by an elderly parishioner who had lived in India many years previously as a thank you for agreeing to organise her funeral.

Kathryn said: ‘My gin is based on a recipe that’s 100 years old.

‘In our mutual love for gin, he always wanted to give it to me but we could never find it until I came across the recipe in his later years.

‘I think some neighbours thought I’d be having parties and encouraging people to drink at my house, so they were concerned it could create extra crime and disturbances.

‘They couldn’t be further from the truth, I have encouraged them to come and visit my little gin hut and see that there’s no point in being worried about me.’ 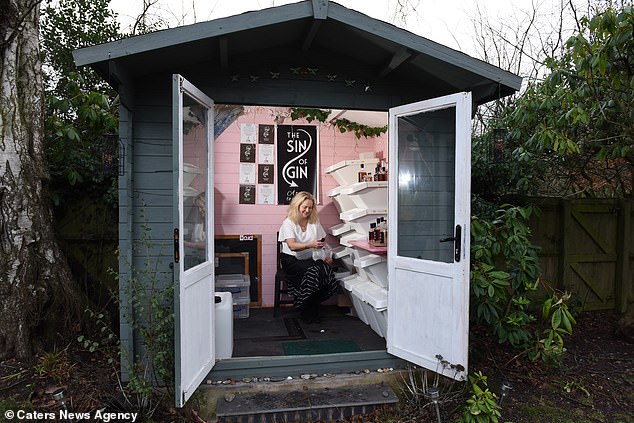 Kathryn buys the raw spirits, which she then dilutes with still water until the alcohol level drops to around 38 per cent

Maurice was given the recipe by 94-year-old called Constance, or Connie, who had joined her husband in India while he was in the Indian army in the 19th century.

Kathryn said many in the country drank lots of gin and tonic in that era.

She explained  those who consumed the drink didn’t enjoy the taste of the tonic, which was antimalarial due to the high levels of quinin [bitter compound which comes from bark of the cinchona tree] in it, so created a special spice mix to hide the strong flavour.

Kathryn said: ‘The gin was first developed by a lovely old lady called Connie, she was in her twenties at the time.

‘She wanted to drink the tonic but didn’t like the gin, with some of the locals she introduced some different spices to infuse the gin with.’

Kathryn buys the raw spirits, which she then dilutes with still water until the alcohol level drops to around 38 per cent.

After that, she infuses the gin with her secret recipe spice mix for about three months.

The product, dubbed ‘Colonial Spice’ is then sent to be tested and bottled. 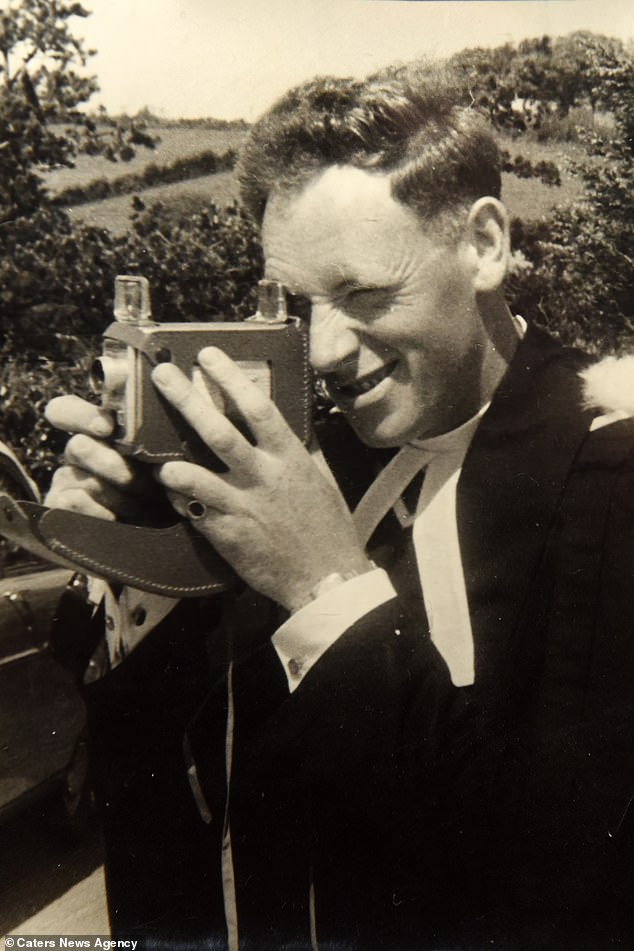 Maurice (pictured), a Presbyterian minister in Northern Ireland, had been given the special malaria-preventing formula by an elderly parishioner who had lived in India many years previously as a thank you for agreeing to organise her funeral