The controversial ex-Test and Trace boss will step down from her NHS role in October after failing to secure the health service’s top job.

Baroness Dido Harding, who became chair of NHS Improvement in October 2017, had applied to become the new chief executive of NHS England.

But the role recently went to Amanda Pritchard, who had worked as chief operating officer of the health service for the past two years.

Baroness Harding was also executive chair of the Government’s coronavirus Test and Trace programme until April this year.

The scheme has come under criticism over the course of the pandemic, with a report from the Commons Public Accounts Committee (PAC) in March saying there was ‘no clear evidence’ the £22billion venture contributed to a reduction in coronavirus infection levels. 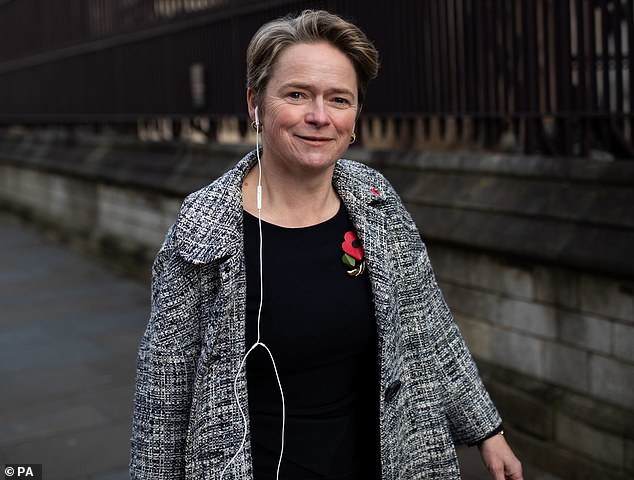 Baroness Dido Harding (pictured above), who became chair of NHS Improvement in October 2017, had applied to become the new chief executive of NHS England 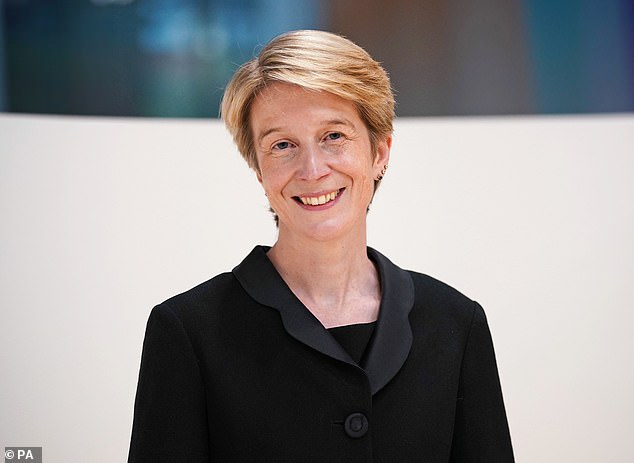 The top role recently went to Amanda Pritchard (above), who had worked as chief operating officer of the health service for the past two years

News of the Tory peer’s departure from NHS Improvement was first reported by the Health Service Journal.

Among her previous jobs, Baroness Harding was chief executive of TalkTalk for seven years until 2017, and before that worked in senior roles for both Sainsbury’s and Tesco.

She studied philosophy, politics and economics at Oxford alongside David Cameron before having a long career in the private sector.

Sir Simon Stevens stepped down after seven years at the helm, and will become a peer in the House of Lords.

He was the eighth person to run NHS England since it was created in 1948. 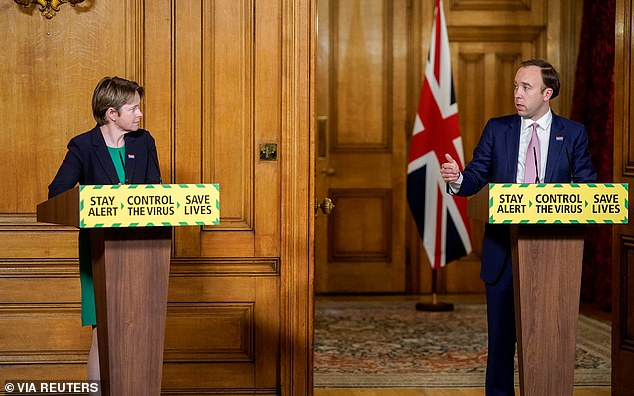 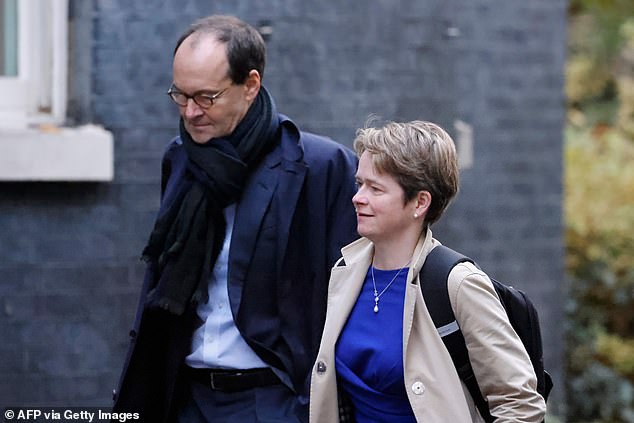 The Tory peer seen alongside Mike Coupe, the then-incoming director of Covid-19 testing at NHS Test and Trace, in November last year

In his resignation letter, he described being in charge of the NHS through ‘some of the toughest challenges in its history’ as a privilege.

Sir Simon — who has been in charge for seven years — has served through three elections and the Covid pandemic.

The report stated that Sir Simon had, during that year, voluntarily taken a £20,000 annual pay cut for the sixth year in a row. 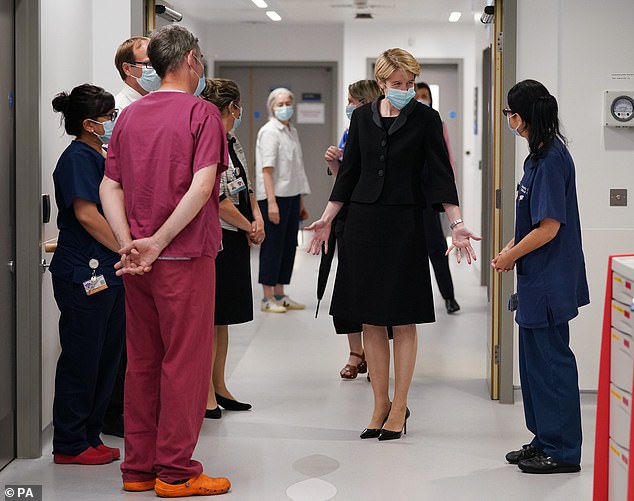 Ms Pritchard meets members of staff during a visit to University College Hospital London, following the announcement of her appointment as the new NHS England chief executive

Ms Pritchard, who grew up in Durham, will be taking on the role at a time of crisis for the health service, which is facing record waiting lists and rising Covid hospitalisations.

She has been chief operating officer of NHS England and NHS Improvement since July 2019.

In that role, she has been responsible for overseeing the health service’s performance and implementing improvements.

She previously studied modern history at the University of Oxford, before joining the NHS in 1997 through a graduate management training scheme.

WHO ELSE WAS IN THE RUNNING FOR THE TOP NHS JOB? 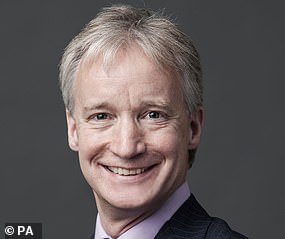 Doug Gurr, who was global vice-president and head of Amazon UK from 2016 to 2020, was interviewed by Treasury officials for the NHS boss role earlier this month.

Since last year he has been the director of the Natural History Museum in London.

He is also a chairman of the British Heart Foundation and a non-executive director of the UK government’s Department for Work and Pensions.

The businessman and father-of-two, from Leeds, has also held positions in the civil service, McKinsey & Co and at ASDA, where he was a main board director. 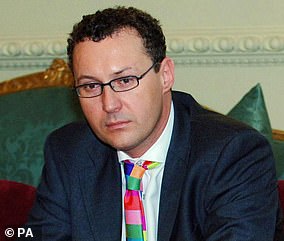 In May, it was revealed he was ‘thinking very seriously’ about applying for the NHS chief executive role.

Mr Britnell was linked with the top job back in 2013, when Sir Simon Stevens took over, but said at the time he had not applied.

He studied history at the University of Warwick before joining the NHS management training scheme in 1989 – the same programme Amanda Pritchard went on to do. 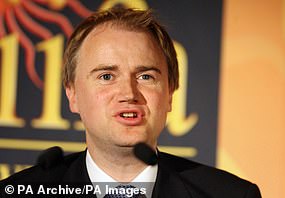 Tom Riordan has been Leeds City Council’s chief executive since August 2010 and is the youngest person to ever hold the position.

He grew up in North Yorkshire and graduated from Oxford University in 1989 with a degree in modern history before joining the Whitehall fast-track scheme in 1990.

The Health Service Journal revealed that Mr Riordan had applied for the NHS head job.