YANGON (Reuters) – New government curbs on aid activities in Myanmar’s western Rakhine State “are affecting at least 50,000 people”, the United Nations has said in an internal note, highlighting the growing impact of recent fighting on the civilian population. 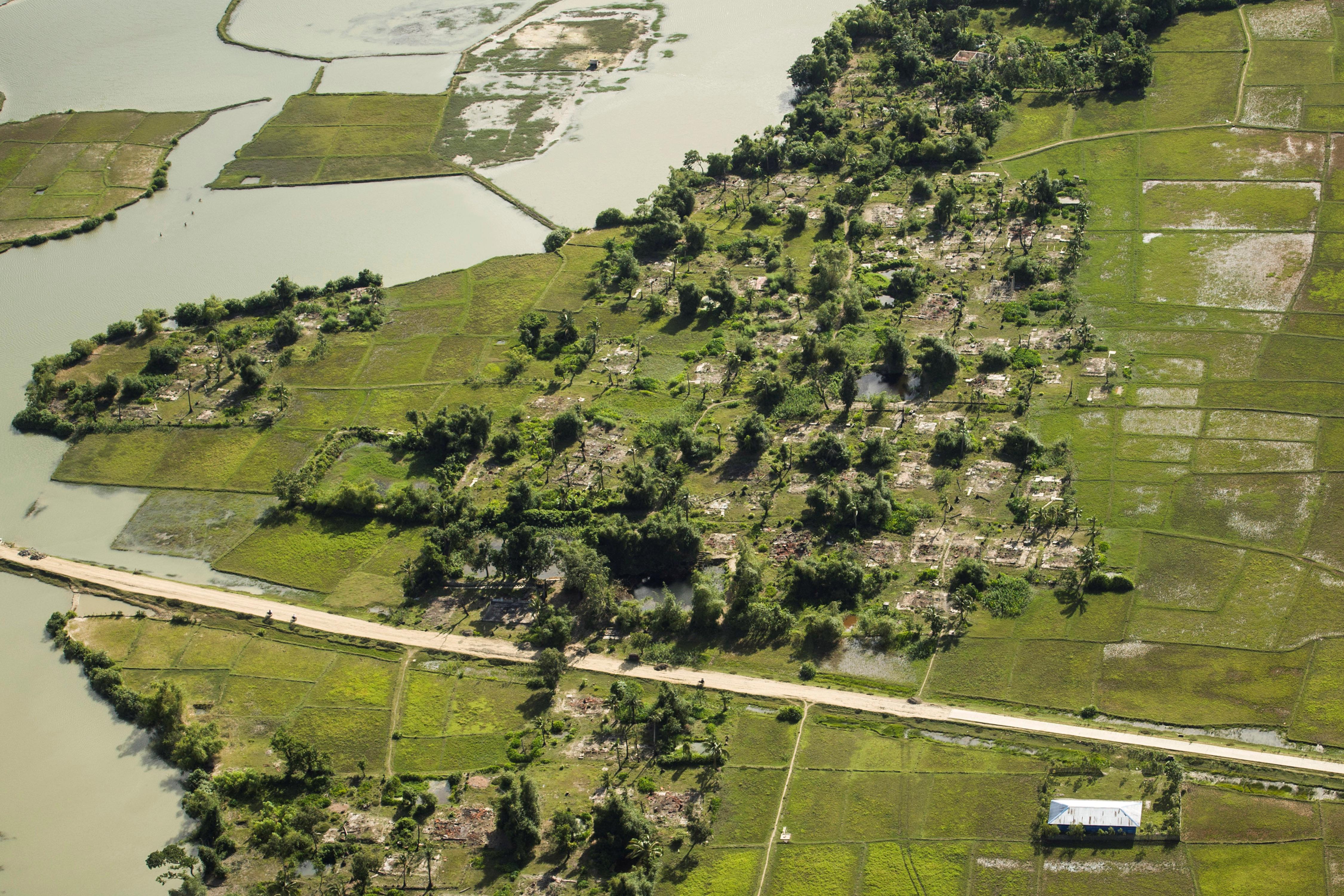 The Rakhine State government this month blocked non-governmental organizations and U.N. agencies from traveling to rural areas in five townships in northern and central parts of the state affected by conflict.

The International Committee of the Red Cross and U.N. World Food Programme were exempted from the ban on aid activity in the region, where fighting between government troops and autonomy-seeking ethnic Rakhine rebels has displaced thousands.

The U.N. Office for the Coordination of Humanitarian Affairs (UNOCHA) summarized recent information gathered from aid organizations on the impact of the restrictions in the two central Rakhine townships of Kyauktaw and Ponnagyun.

UNOCHA circulated a note on the findings late on Wednesday to some U.N. officials and non-governmental organizations seeking comments and updates on the situation. Reuters obtained the note independently and reviewed it on Thursday.

It said that the restrictions forced aid organizations to reduce or stop pre-existing programs, including the provision of healthcare, clean water, school construction and teacher training, among other activities.

For example, the agency said that in Kyauktaw “mobile health services were to be provided in 15 villages, totaling around 17,000 people, involving around 1,600 people to be treated on average each month … the provision of these services has now been put on hold”.

“In Ponnagyun, around 220 health consultations in rural areas of the township have been stopped, including emergency referral services,” the agency said in the note.

Fighting has forced about 5,000 people to flee from their homes and to take shelter in monasteries and communal areas across the region since early January, according to UNOCHA.

Myanmar’s president, speaking in a rare meeting with the commander-in-chief this month, urged the military to “crush” the rebels of the Arakan Army. The president, Win Myint, is a loyalist of the de facto government leader, Nobel laureate Aung San Suu Kyi.

Last week, the United Nations called on the government to allow “rapid and unimpeded” humanitarian access to the area.

“We are currently working to assess the impact that recent access restrictions could have on the delivery of pre-existing and ongoing humanitarian programs in the affected townships,” said Pierre Peron, UNOCHA’s spokesman in Myanmar in response to an email seeking comment on the internal note.

“This is an evolving assessment.”

He said the United Nations was “liaising closely with the authorities in Rakhine State, who have now invited humanitarian organizations to individually apply for travel authorizations for specific activities”, adding he hoped authorities would respond “quickly and positively” to such applications.

The Rakhine municipal affairs minister, Win Myint, could not be reached for comment. He told Reuters earlier the restrictions had been put in place for “security reasons” and he did not know when they would be lifted.

Reuters contacted several affected NGOs seeking comment on the situation. One of them, the Norwegian Refugee Council (NRC), said: “Along with most other organizations we do not currently have access to respond to the needs of the conflict-affected and displaced populations”.

“We have emergency supplies prepositioned and remain ready to respond if this situation changes,” said Laura Marshall, the NRC’s acting country director.

The affected aid groups published a statement on Tuesday expressing “deep concern” about the restrictions.

Rakhine State has been roiled by successive rounds of violence in recent years.

In 2017, an extensive military crackdown, following attacks by Rohingya Muslim insurgents, prompted about 730,000 Rohingya to flee westwards into neighboring Bangladesh.

The Arakan Army, the group behind the recent fighting, is demanding greater autonomy from the central government for the state, where the mostly Buddhist ethnic Rakhine people form the majority of the population.

An Arakan Army spokesman outside Myanmar told Reuters the group attacked the security forces in response to a broad military offensive in the north of Rakhine that also targeted civilians.