EXCLUSIVE: Lesbian mother says sperm donor with Fragile X syndrome never told her about incurable genetic condition before he fathered TWO of her children – and she now fears at least one of them may have inherited it

A lesbian mother says a sperm donor with Fragile X syndrome never told her about his incurable genetic condition before he fathered two of her children – and she now fears at least one of them may have inherited it.

James MacDougall, 37, went ahead with private sperm donations to a number of lesbian women despite knowing that he suffered from the syndrome – an inheritable condition which leads to low IQ, developmental delay and cannot be cured.

A mother-of-two from Derbyshire, 24, has spoken out for the first time of how she and her partner found MacDougall advertising on social media and believed he would be a cheap way to conceive.

She said: ‘I feel angry that James may have passed this on to my daughter. He never mentioned it. He should have told me about his condition but he didn’t and I blame him.’

And the mother, who paid MacDougall just £10 to cover his travel expenses each time he donated sperm, warned other women to avoid him, adding: ‘I don’t think he’ll ever stop trying to donate sperm.’

She told MailOnline that she had no idea he had the condition when she spoke to him about helping her and her female partner to conceive. 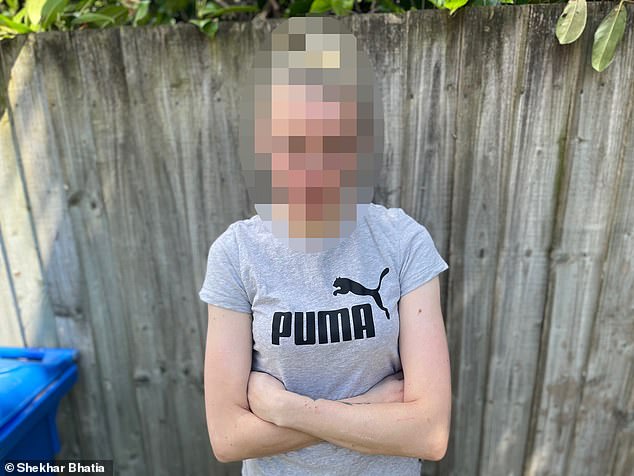 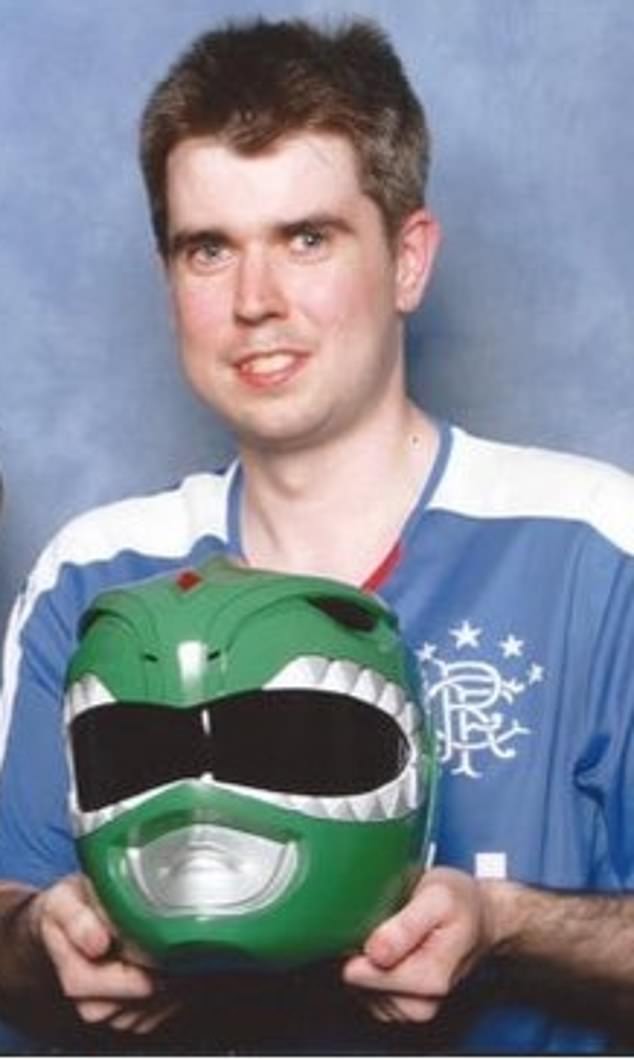 The mother added: ‘It was always my dream of having children but I wanted them to have two mums and no dad.’

The jobless parent, who was then in a gay relationship, said she turned to MacDougall in a desperate bid to give her the gift of a baby.

She had limited financial resources and MacDougall appeared to be acting in good faith and for free.

The former warehouse and chip shop worker explained how her partner, now aged 25, had previously tried to get pregnant using a fertility clinic, but it had not led to a successful birth.

Instead, they decided she should try to conceive instead and, soon after, her partner found MacDougall’s advert online. They immediately got in touch with a view to him fathering their child.

But she had ‘no idea’ that he suffered the health condition which she fears her eldest daughter has inherited.

The mother continued: ‘It didn’t cross my mind that he had anything wrong with him and he never spoke about it.’

She also understood that MacDougall would have no involvement in the baby’s upbringing should she conceive with his help.

The mother did not pay MacDougall for being a sperm donor, but had to pay his travel expenses for him to visit her at home for the process.

She said: ‘But because he lived nearby it didn’t cost much, just £10 when he visited.’

MacDougall would come round when she was ovulating. They never had sexual contact but would use sperm he produced in an adjacent room to try to conceive.

On ‘about the third or fourth try’ she became pregnant.

The subsequent birth was successful, but the couple split shortly after. 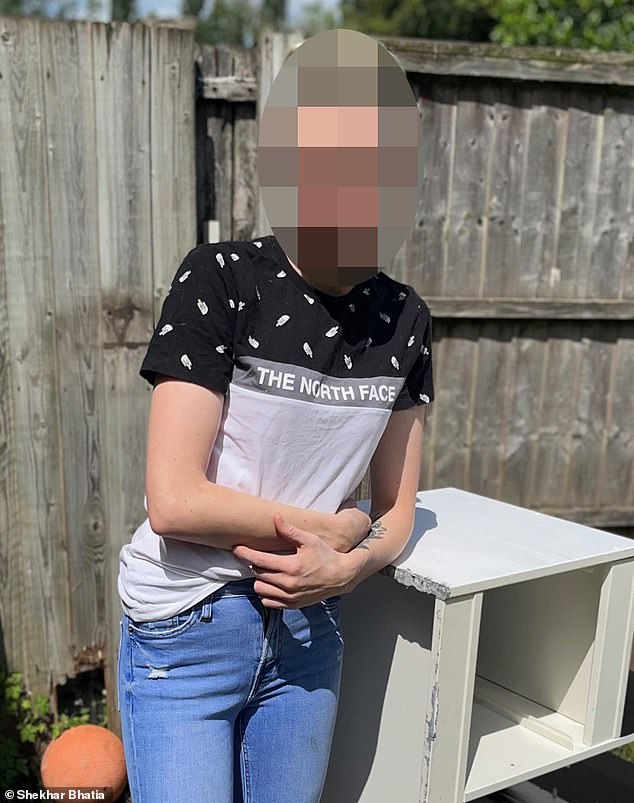 The mother, from Derbyshire, said she and her partner found MacDougall advertising on social media and believed he would be a cheap way to conceive 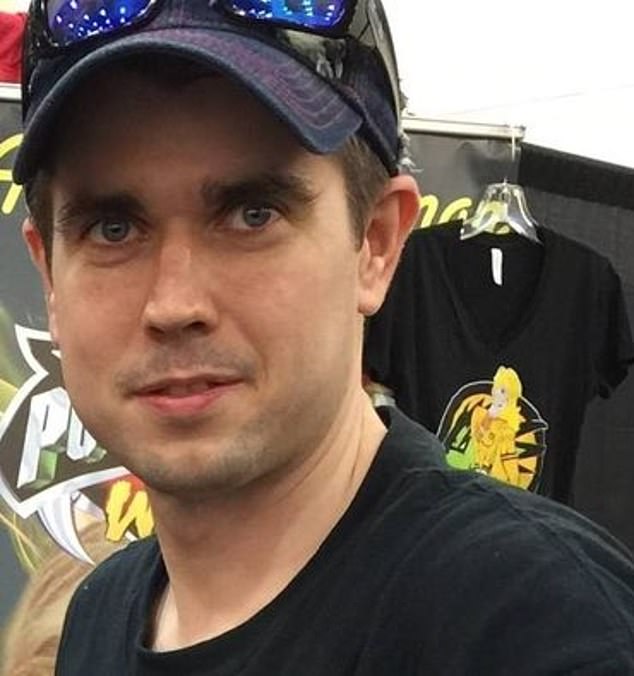 She went on to have a second child via MacDougall’s sperm donation – another daughter now aged one-and-a half – with a new lesbian partner.

The mother now fears her eldest child, a three-year-old girl, may have inherited Fragile X syndrome.

She explained: ‘I have read up on the syndrome and she has a lot of traits, she isn’t talking, she hates bright lights and the school has picked this up and raised concerns. It can also stop them having babies.

‘I’m waiting for her to be tested and to have speech and language therapy but there is a massive backlog because of Covid. I feel angry that James may have passed this on to her. ’

She said it was too early to say if her youngest child was suffering too.

The mother understood that MacDougall would have nothing to do with the upbringing of the children, but he ‘gradually’ started trying to work his way into her life – and despite knowing she was in a same sex relationship.

And she explained how he had persuaded her to let him stay at her home for two weeks during lockdown while she tried to get pregnant for a second time.

She added: ’He had a weird obsession with me and on one occasion smacked my backside and tried to initiate sexual contact with me

‘But there was none at all. I don’t want a man involved in my kids’ lives, it totally repulses me. I want two mums only.

‘He was not meant to have any contact with the children but I did let him see the eldest a few times.’

But this proved a mistake as MacDougall took it as encouragement, she says.

The mother continued: ‘He was becoming possessive and I saw a weird side of him. James became controlling. He tried to make me leave my partner to be with him. He even told his parents he was in a relationship with me – which is all lies. 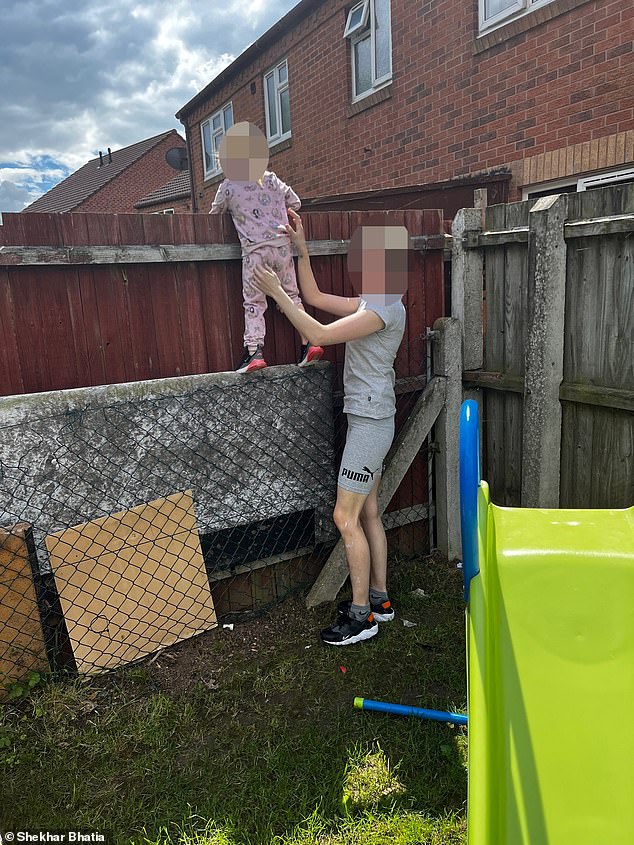 The mother insists she has no regrets about having her daughters, but has warned other women, particularly lesbians, to ‘be careful and check and double check’ any legal paperwork

‘He wanted to be part of my family but that was never the arrangement.’

But despite his involvement, she insists she has no regrets about having her daughters.

She said: ’They look like me and not him, thank God, My two girls are the light of my life.’

The mother said she now wants to warn other women, particularly lesbians, hoping to become mothers on a budget to ‘be careful and check and double check’ any legal paperwork.

MacDougall’s identity emerged on Monday after an almost unprecedented move by a judge in a Family Court battle – after he demanded access to some of the children.

Mrs Justice Lieven, sitting in Derby, named MacDougall to stop other women from using him as a sperm donor.

In court the judge described some of the mothers – including her – of being ‘irresponsible’ for using him as a sperm donor without making proper inquiries.

She said: ‘She was talking about me but I don’t think I was irresponsible but maybe, on reflection, a bit stupid.

‘I was a lot younger then when I was trying to get pregnant the first time. I should have read all the paperwork properly but I didn’t. I just had a flick through.’

The mother now realises that a reference to his genetic condition was in the paperwork, but says MacDougall never flagged it and she did not have the life skills to identify the issue.

She said: ‘There was a bit in it saying he had Fragile X Syndrome but I looked over that and didn’t question it.

‘Maybe I should have but James never mentioned it when I met him. I had never known him before.

‘He was a complete stranger. He should have told me about his condition but he didn’t and I blame him.’

The woman, who has no plans to have any more children, believes she may have been ‘blinkered’ because she was so desperate to become a mum – a role she says she absolutely loves despite the scandal around their biological father, adding: ‘I wouldn’t swap my kids for anything in the world.’

But she is urging hopeful gay mums-to-be using sperm donors: ‘Read all the small print and find out everything you can about their heath and medical history.’