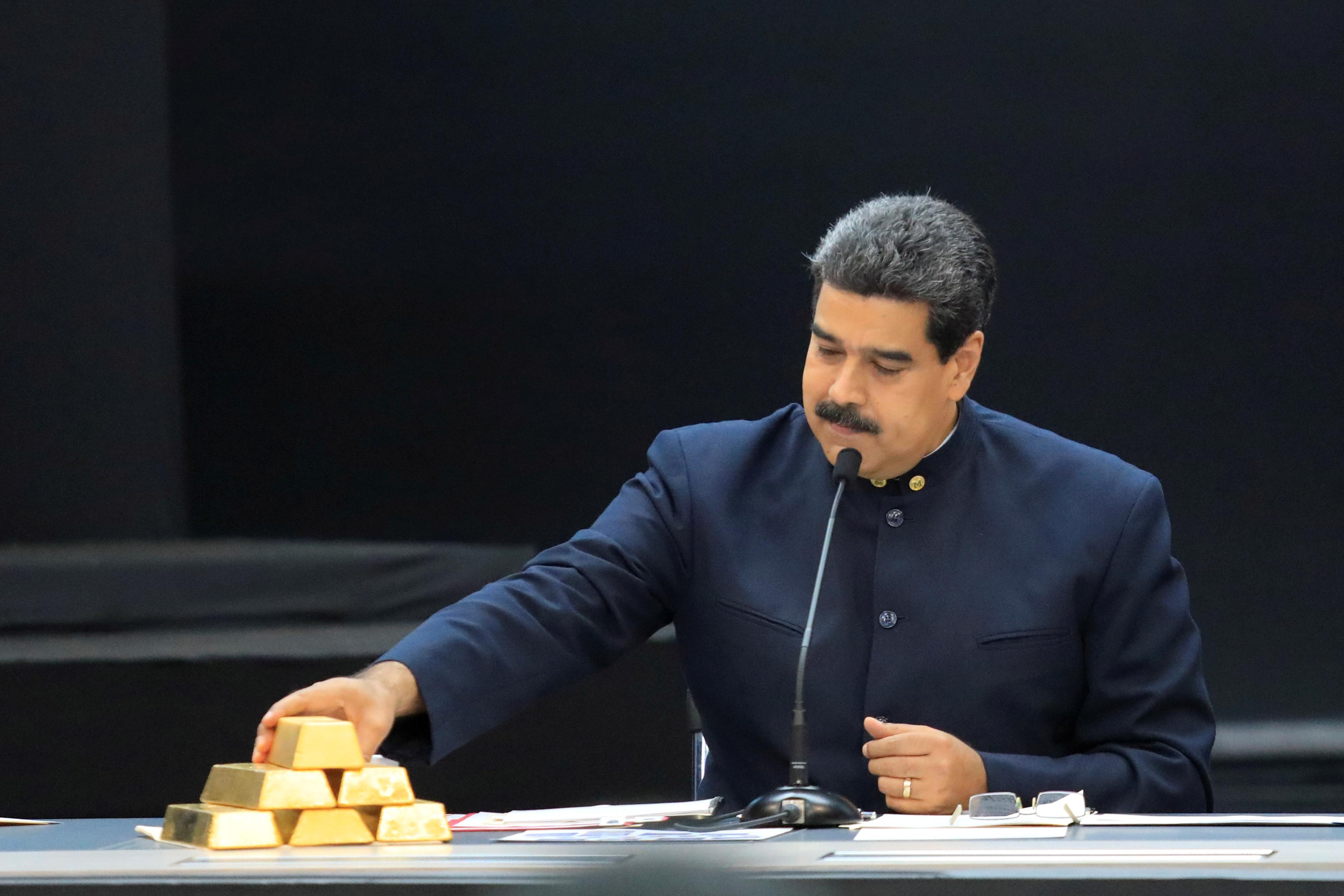 CARACAS (Reuters) – Venezuela will sell 15 tonnes of gold from central bank vaults to the United Arab Emirates in coming days in return for euros in cash, a senior official with knowledge of the plan said, in an effort by the troubled OPEC member to stay solvent.

The sale this year of gold reserves that back the bolivar currency began with a shipment on Jan. 26 of 3 tonnes, the official said, and follows the export last year of $900 million of mostly unrefined gold to Turkey.

In total, the plan is to sell 29 tonnes of gold held in Caracas by February, the source said, requesting anonymity in order to speak freely. Venezuela had reserves of 132 tonnes between the central bank’s vaults and the Bank of England at the end of November, according to central bank data.

The government of President Nicolas Maduro resorted to selling off gold after falling oil production, the country’s wider economic collapse and mounting U.S. sanctions hit public income and made it hard for the country to access credit.

The United States, which is backing an attempt by the opposition to force Maduro to step down and call new elections, warned bankers and traders on Wednesday not to deal in Venezuelan gold.

Republican U.S. Senator Marco Rubio sent a tweet to the United Arab Emirates embassy in Washington on Thursday warning that anybody transporting Venezuelan gold would be subject to U.S. sanctions.

Neither the embassy of the United Arab Emirates in Colombia, which covers Venezuela, or the central bank responded immediately to requests for comment.