Analysts say UAE allegations are likely in retaliation of Doha’s UN complaint over Emirati infringement of its airspace. 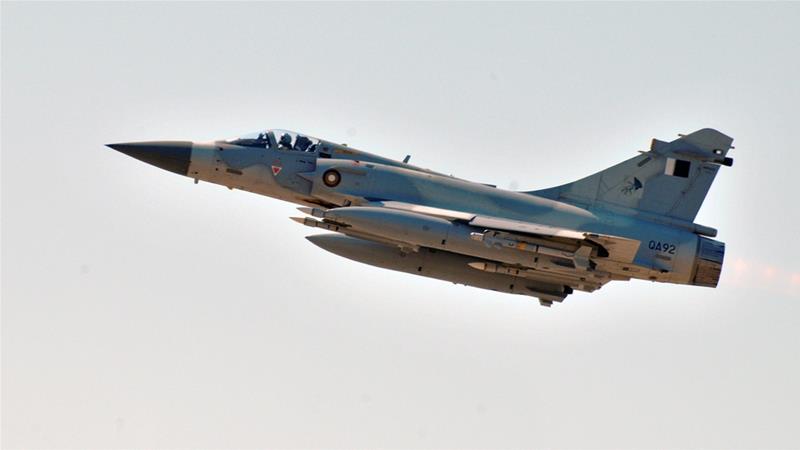 Analysts have expressed scepticism at a claim by the United Arab Emirates that Qatari fighter jets had intercepted Emirati passenger planes.

Qatar strongly rejected the claims, describing them as a “systematic attack” by the UAE to draw attention away from its own violations of Qatari airspace.

Aviation analyst Alex Macheras said that if Monday’s incident had taken place as described, he would expect the airlines involved to come forward, a formal complaint to be made to international bodies and passengers on board the flights to have shared pictures.

“The international community for aviation expects the UN to be notified with details of the interception, time, coordinates, location and a full run-down of what happened … exactly like what Qatar supplied the UN with when the UAE military flew over Doha’s economic area,” Macheras told Al Jazeera.

“Until then, it seems these accusations are more in retaliation to being the subject of Qatar’s UN complaint rather than a genuine occurrence.”

At the time of publication, no airline had come forward to say its aircraft were involved in the alleged incident.

The claims by Emirati media outlets were made amid an ongoing diplomatic crisis between Qatar and three neighbouring Gulf states plus Egypt.

In June 2017, Saudi Arabia, the UAE, Bahrain, and Egypt broke off ties with Doha accusing it of supporting “terrorist” groups and aligning itself too closely to their regional rival, Iran.

The quartet imposed a land, sea, and air blockade on Qatar, and also prevented Qatari aircraft from entering their airspace.

Qatar vehemently rejected the accusations and had refrained from imposing reciprocal punitive measures on the four states.

The UAE reports said the planes were inside Qatar’s airspace at the time they were intercepted.

Emirati airliners are allowed in Qatar’s airspace because Doha did not impose restrictions after the blockade came into effect. Qatari planes are, however, blocked from Emirati airspace under a series of punishing measures.

“Qatar is in full compliance with IATA regulations,” Krieg told Al Jazeera. “Qatar has built its entire narrative on being a reliable partner in multilateral organisations and institutions.”

He explained that Doha would gain nothing from breaching the “very rules that Qatar is suing the UAE for”.

“It would run counter to Qatari government policy to respect international obligations even when dealing with companies or private individuals from the blockading countries.”

Krieg, a defence specialist who has worked as a security consultant to the Qatari armed forces, said the UAE was partaking in a “massive media campaign” against Qatar, which was aimed at undermining the country’s international reputation.

He accused the Emiratis of spreading “alternative facts” and said that since June 2017, the vast majority of claims made by the UAE “were either exaggerated, manipulated or blatant lies”.

“In recent years, they have invested billions worldwide in what they see [as] a war over narratives,” he said.

The UAE has denied involvement in the hack.