‘It’s a nail in the coffin for High Street’: Retail experts blast Rishi Sunak as he delays plans to overhaul business rates again

The Chancellor will again delay plans to overhaul the business rates regime, driving a ‘nail in the coffin’ on the high street.

The Government will push back an announcement for reform a second time. The commercial property tax has been blamed for high street woes – retail pays a quarter of rates despite making up 5 per cent of the economy.

Helen Dickinson, of the British Retail Consortium, said: ‘Every week of delay is a nail in the coffin for high streets as four in five retailers say they are likely or certain to close stores.’

A consultation into the ‘broken’ system finished in September last year, and the Government was expected to announce its plan at Wednesday’s Spending Review, following a delay from the Spring. 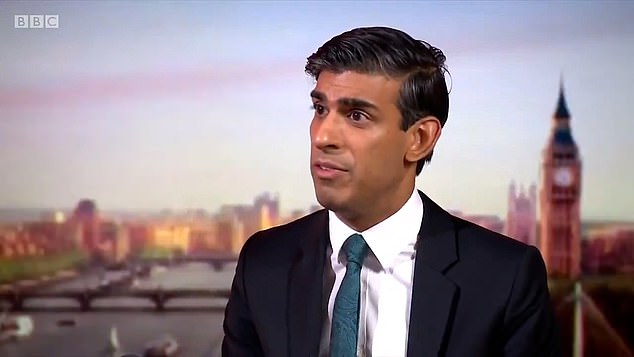 Chancellor Rishi Sunak (Pictured) will again delay plans to overhaul business rates regime. the governemtn said they have not had time to consider how reform will affect the sector, or the long-term impact of the pandemic on high streets

Groups representing high streets businesses are now worried the issue has been kicked into the long grass, although last night Government sources told the Mail ministers have delayed reform until a later date.

They said they have not had time to consider how reform will affect the sector, or the long-term impact of the pandemic on high streets.

Kate Nicholls, chief executive of UK Hospitality, said: ‘It’s hugely disappointing because root and branch reform has been promised in two manifestos and is very overdue.

‘We would urge the Government to grasp the nettle to reform rates to rejuvenate the high street.’

She added that without reform, rates relief handed to high street firms this year must be extended until longer-term changes are implemented to avoid a ‘cliff edge’ of support.

The Government has been unwilling to make substantial changes to a tax which raises £32billion per year.

But the high street has long argued they are over-taxed, with retail paying a quarter of all rates despite only making up 5 per cent of the economy.

Rishi Sunak is considering a digital services tax of 2 per cent of revenues to try and level the playing field between the high street and online giants, which could be announced as soon as this week.

But the measure is opposed by many large retailers, including Marks & Spencer, who say it is wrong to introduce a new levy on an already over-taxed industry.

They have suggested reducing business rates by around a third, and replacing it with an increase in corporation tax – a tax on a company’s profits.