YANGON (Reuters) – Myanmar’s government says it has ordered the military to “crush” rebels in the western state of Rakhine, following raids by insurgents that killed 13 police officers earlier this month. 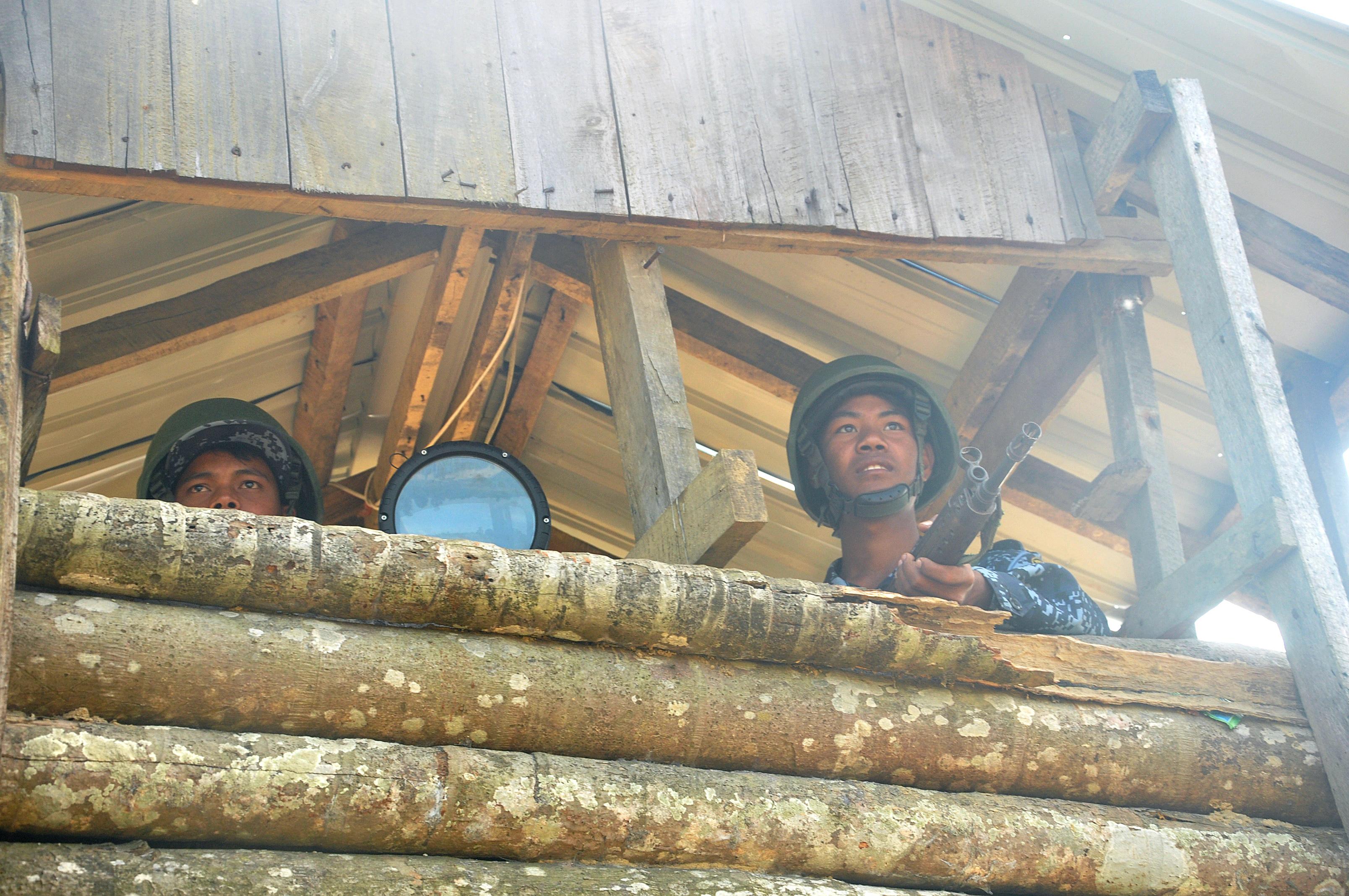 The United Nations says fighting between the Myanmar military and Arakan Army, which recruits from among the mainly Buddhist Rakhine ethnic group, has forced about 5,000 people from their homes in the state in the past month.

The latest violence underscores the complexity of the ethnic divisions that have long scarred Rakhine. In 2017 attacks on security posts in the north of the state by insurgents from the Muslim Rohingya minority provoked a military crackdown that sent more than 730,000 fleeing to neighboring Bangladesh, according to U.N. agencies, and sparked the biggest crisis of Nobel laureate Aung San Suu Kyi’s young administration.

Aid workers say military aircraft and trucks have been seen arriving in Rakhine since early January – raising fears conflict could intensify once again in the state.

The group’s rise threatens to further undermine Suu Kyi’s hopes of securing peace across Myanmar, but who are the fighters of the Arakan Army, and what do they want?

The Arakan Army says it formed nearly a decade ago to fight for self-determination for Rakhine, which it says has been exploited by a remote central government.

Many early recruits were ethnic Rakhine Buddhists who had traveled to northern Myanmar to make their fortune toiling in the jade mines there.

They gathered and trained in territory along Myanmar’s border with China that is held by the Kachin Independence Army (KIA), one of the largest ethnic armed groups still fighting the Myanmar military. Arakan Army fighters have fought the military alongside the KIA as part of a “northern alliance” in northern Shan state since late 2016.

Arakan Army forces have also moved into the rugged western borderlands with India and Bangladesh, where they are believed to number about 3,000.

In parallel, the group has launched a propaganda push aimed at inspiring an uprising across Rakhine in 2020.

The Arakan Army in its propaganda largely steers clear of the communal conflict between Buddhists and Muslims that has riven Rakhine in recent years.

Instead the group has found fertile ground appealing to a sense of economic and historical injustice directed at the Myanmar state and its Bamar ethnic majority.

Though rich in oil and other natural resources and a focus of China’s Belt and Road Initiative investment drive, Rakhine remains one of Myanmar’s poorest states. Only 17 percent of households in the state have access to safe drinking water year-round, far below the proportion elsewhere in Myanmar, according to a 2017 World Bank survey. Nearly 300,000 households there do not have a toilet, it found.

The coastal area now known as Rakhine was historically an independent kingdom, Arakan, until a Burmese invasion in the 18th century. A demonstration in January last year to mark the anniversary of the Arakan kingdom’s overthrow ended in bloodshed when police opened fire on protesters.

The figurehead of the state’s most popular political party, the Arakan National Party (ANP) was arrested soon after with another activist and charged with high treason. They remain on trial. Many ethnic Rakhines resent that Suu Kyi’s National League for Democracy installed its own chief minister in the state after taking power in 2016, despite the ANP winning most seats in the state at elections in 2015.

After only sporadic encounters with the military in recent years, the Arakan Army has reported at least two dozen clashes with security forces in the last few months. It says it is responding to military aggression in Rakhine that has also targeted civilians.

“Rakhine state must have its own army,” Arakan Army chief Twan Mrat Naing told local news site the Irrawaddy this week. “Having an armed group means the survival of the Rakhine ethnicity.”

The government describes the group as a terrorist organization and says it could destabilize the state for years to come.

Analysts say the Arakan Army, which has trained with Kachin rebels, poses a potentially greater military threat than the ill-equipped Arakan Rohingya Salvation Army that precipitated the 2017 crisis. 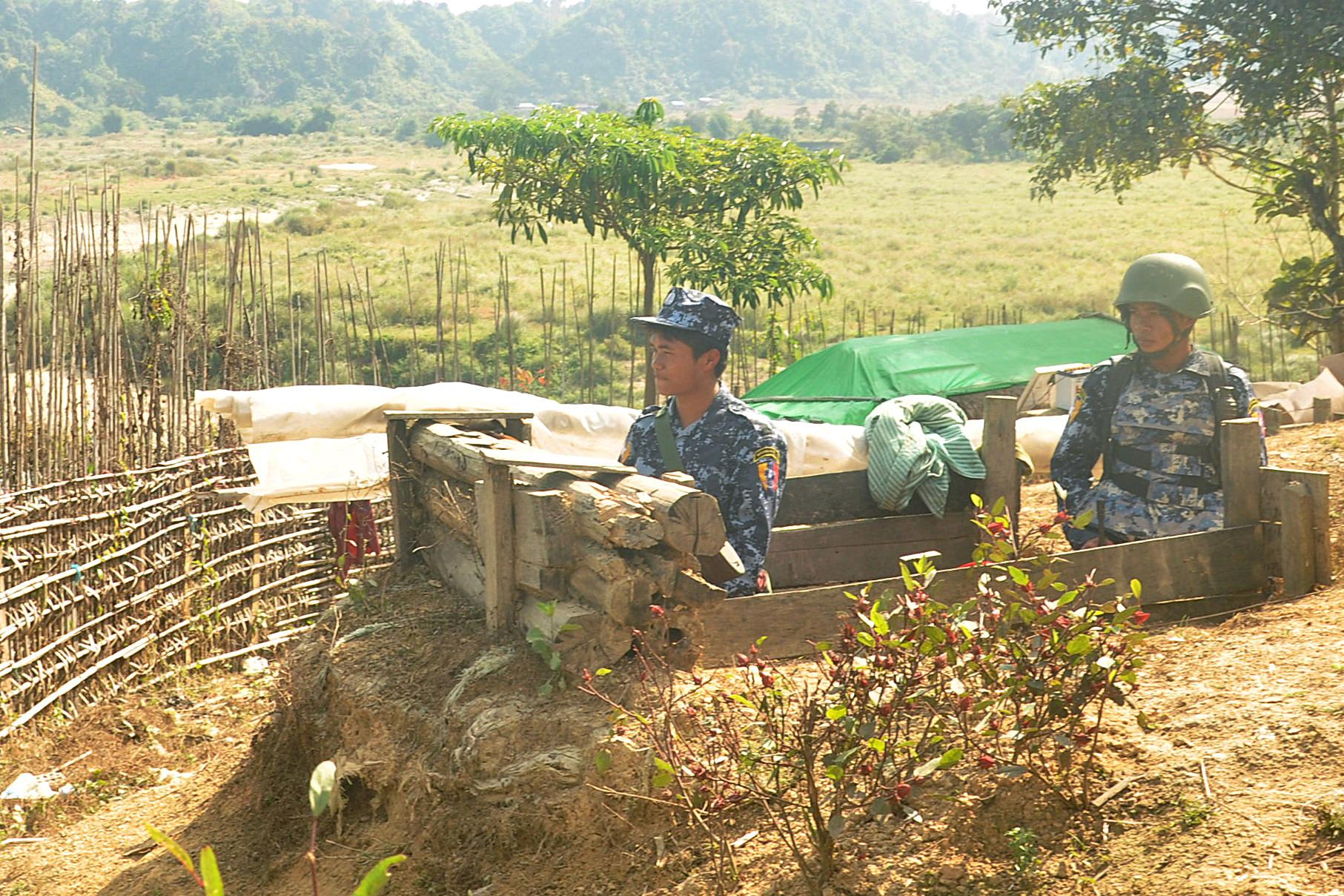 Arakan Army (AA) fighters appear to be “well-trained and generally extremely well-equipped”, said Anthony Davis, a security analyst with Jane’s at IHS-Markit, describing the recent violence as a “watershed” for the conflict.

“What we’ve seen is the AA shifting from a preparatory phase of political and military infiltration into northern Rakhine state that began in 2015,” said Davis.

“They’ve now taken it to a much higher level, operating at platoon and even company strength across almost all the townships in the north of the state, and that’s new.”