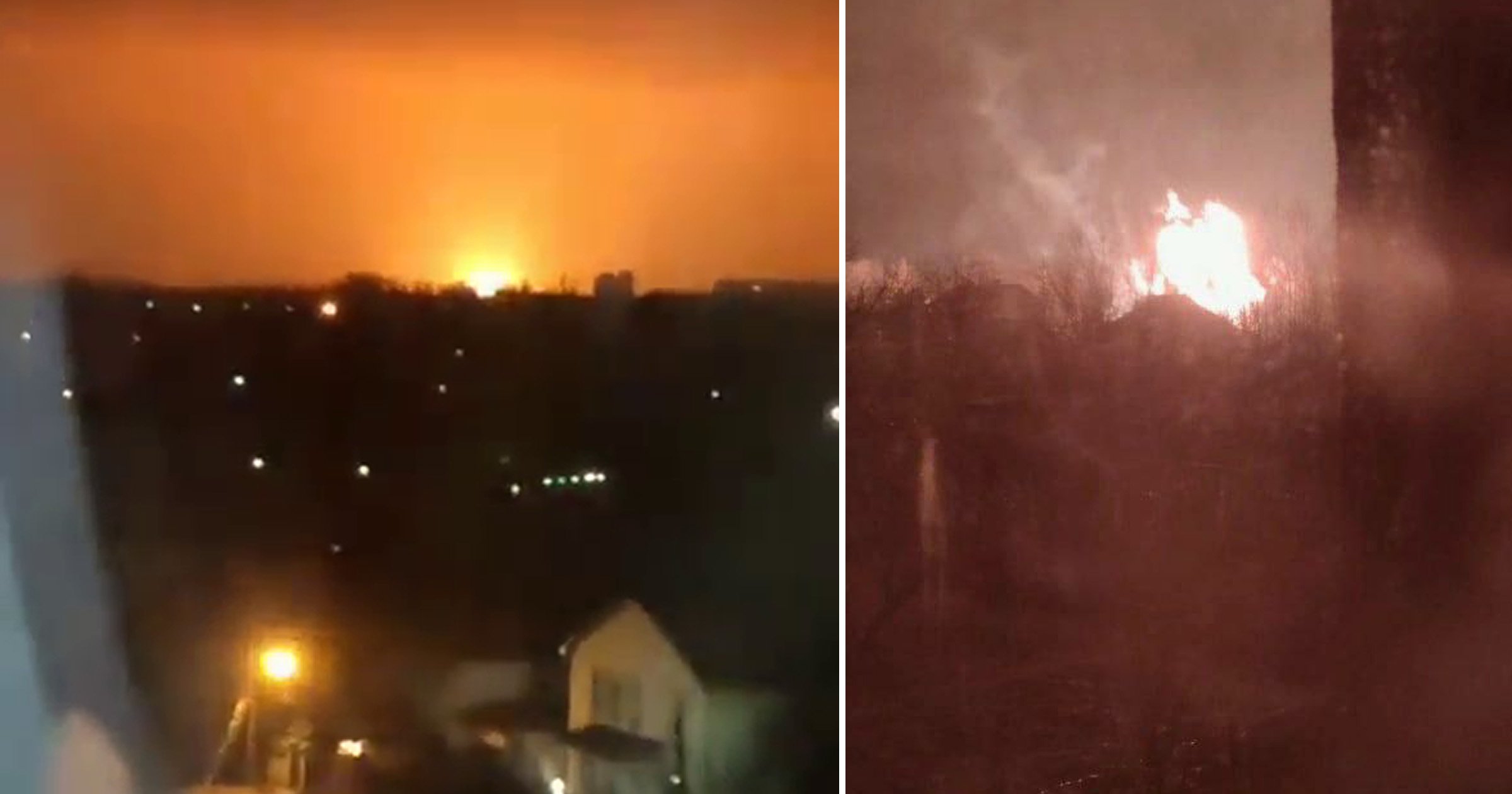 A ‘huge explosion’ heard in a Ukrainian city was ‘linked to a gas pipeline’ and was not a bomb, according to reports.

Russian media has previously claimed a blast heard in Donetsk – a separatist city – was a car bomb intended to kill a top pro-Moscow official on Friday.

It happened right outside pro-Russian Donetsk People’s Republic, destroying a Soviet-era UAZ jeep which belonged to the head of regional security, Denis Sinenkov. He was not harmed.

But reports that the explosion was a bomb are untrue, US intelligence insists.