Dallas Cowboys running back Ezekiel Elliott wants to be fed.

If his on-field celebrations weren’t enough of an indication of that, his new tattoo should do the trick.

Elliott showed off his new, massive tattoo during the Cowboys’ 20-17 loss to the Los Angeles Rams on Sunday night at SoFi Stadium, revealing “FEED ME” with a spoon on his stomach after he caught a pass in the flat and ran it nearly 20 yards into the end zone for a touchdown in the second quarter.

Elliott finished with 96 rushing yards on 22 carries and another 31 yards through the air with two total touchdowns.

Not that he needed a new way to show off his trademark celebration — something he frequently whips out after touchdowns or first downs — but Elliott’s got it.

His message is loud and clear. 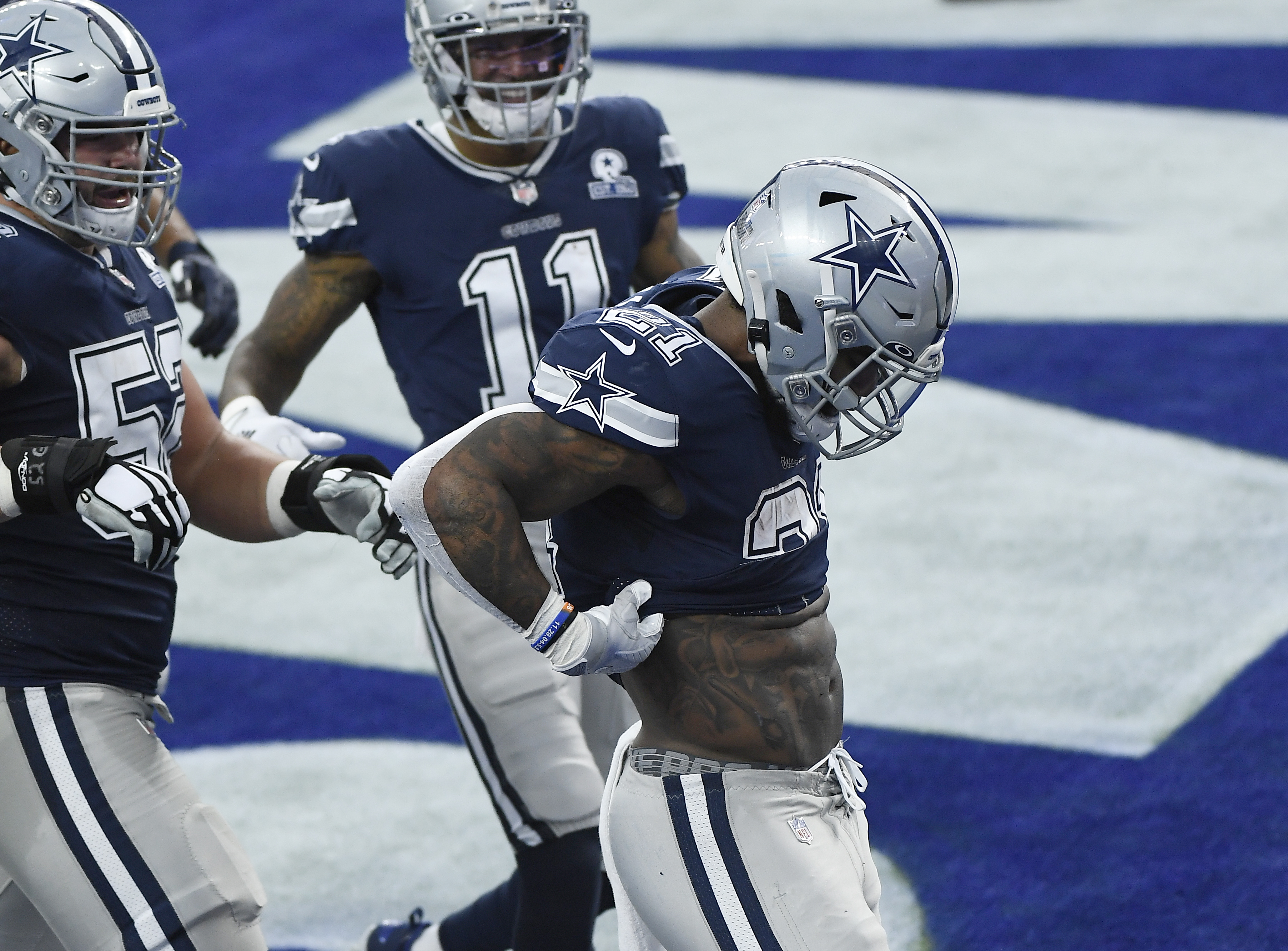