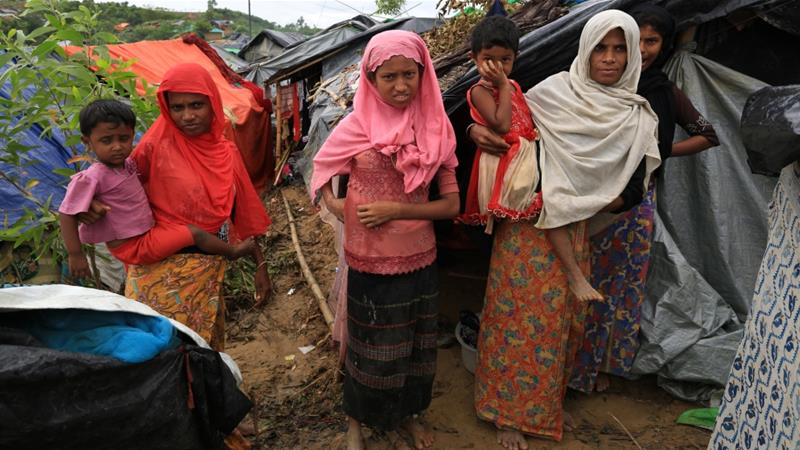 Facebook says is has removed hundreds of pages and accounts in Myanmar with hidden links to the country’s military, as the social media giant scrambles to respond to criticism over failures to control hate speech and misinformation.

The online platform, Myanmar’s most popular and influential site, has long come under fire for its ineffective response to malicious posts, particularly against the country’s majority-Muslim Rohingya minority.

Last year, the problem reached new heights as Myanmar’s security forces drove more than 720,000 Rohingya into Bangladesh during a brutal crackdown which saw the military carrying out mass killings and gang rapes with “genocidal intent”, according to UN investigators – just as dehumanising material about the persecuted group spread on the site.

In March, UN human rights experts said that Facebook had played a “determining role” in spreading hate speech against the Rohingya.

“It has … substantively contributed to the level of acrimony and dissension and conflict, if you will, within the public. Hate speech is certainly, of course, a part of that. As far as the Myanmar situation is concerned, social media is Facebook, and Facebook is social media,” Marzuki Darusman, chairman of the UN Independent International Fact-Finding Mission on Myanmar, said at the time.

On Wednesday, Facebook said some 425 pages, 17 groups, 135 accounts and 15 Instagram accounts had been removed. These were posing as independent news, entertainment, beauty and lifestyle pages but in reality had links to the military or to pages previously removed.

This is Facebook’s third sweeping takedown of pages and accounts for what it calls “coordinated inauthentic behaviour” in Myanmar following deletions in August and October.

Hardline nationalist monks and even the army’s top generals are among the users blacklisted by the social media website this year.

Facebook said it does not want people or organisations “creating networks of accounts to mislead others about who they are, or what they’re doing,” adding that one page had 2.5m followers. Some of the deleted pages were called “Down for Anything”, “Let’s Laugh Casually”, and “We Love Myanmar”.

The platform has been trying to repair its battered reputation, improving the speed with which hate speech is taken down and vowing to beef up its Myanmar-language reviewers on staff to 100 by the end of 2018.

But critics say this is not enough to oversee some 20m Facebook accounts in the country, many in a patchwork of regional languages.

An independent report commissioned by Facebook concluded last month that the state was ultimately responsible for rights abuses, but the company should have done more to prevent the platform from being used to foment division and incite offline violence.

It also warned that Myanmar’s 2020 election will likely be a flashpoint for abuse and misinformation.

Most people in Myanmar only came online in the last few years, when smartphone usage soared as the country opened up to the outside world after decades of isolated military rule.

Civilian leader Aung San Suu Kyi’s government – which is in an uneasy power-sharing agreement with the military – has come under fire for not doing more to stand up for the Rohingya.

Aung San Suu Kyi, a Nobel Peace Prize laureate, has been stripped of a series of international honours in the past year over her response to the Rohingya crisis.