A FAMILY have been locked in an extraordinary battle with a man living in a van outside their home for three years – and have now demanded the council remove him.

Andy Calvert has been living in his converted van outside a house in Stonehouse, Lanarkshire, owned by Cameron Weir, 46, and his mum Sheila, 71. 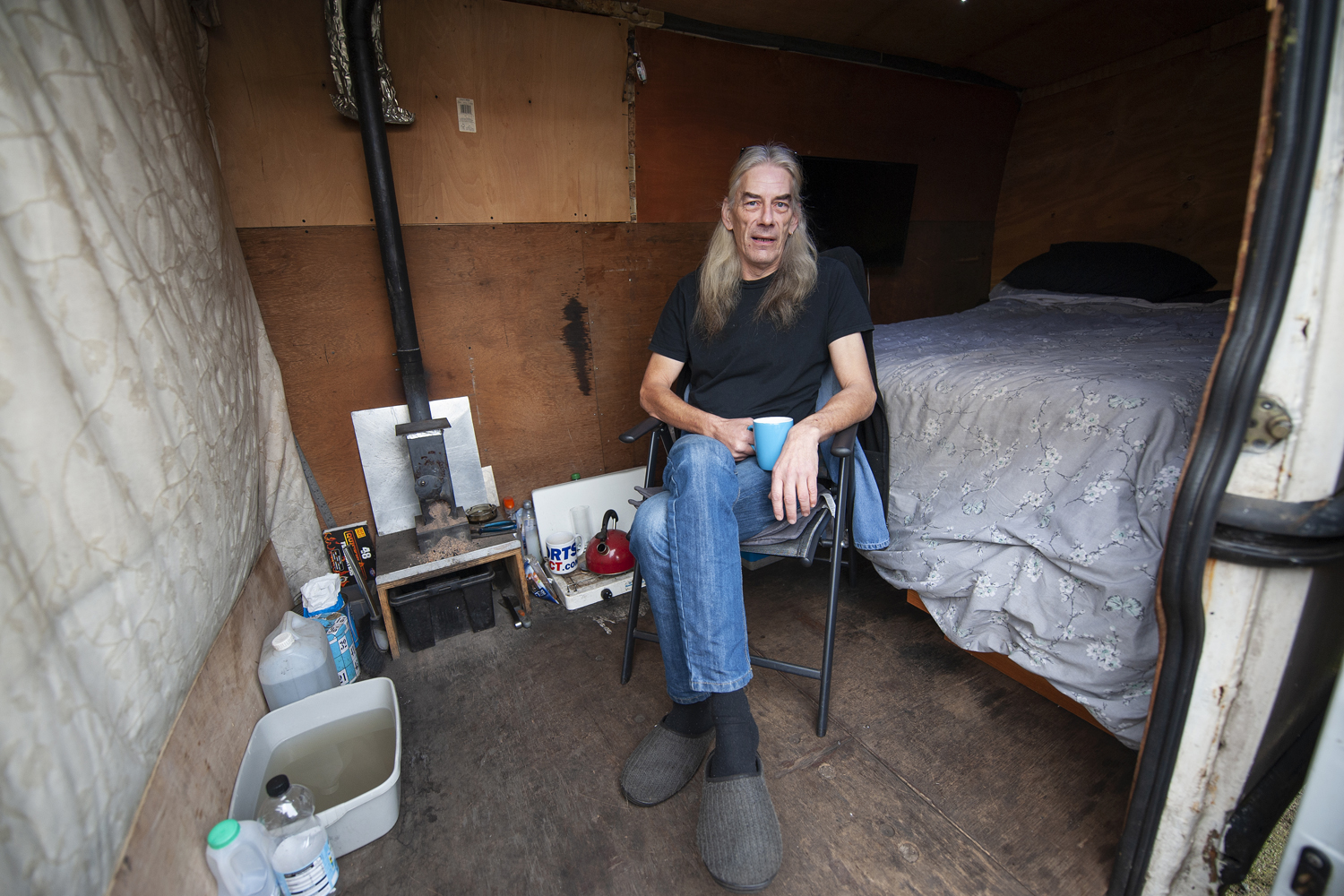 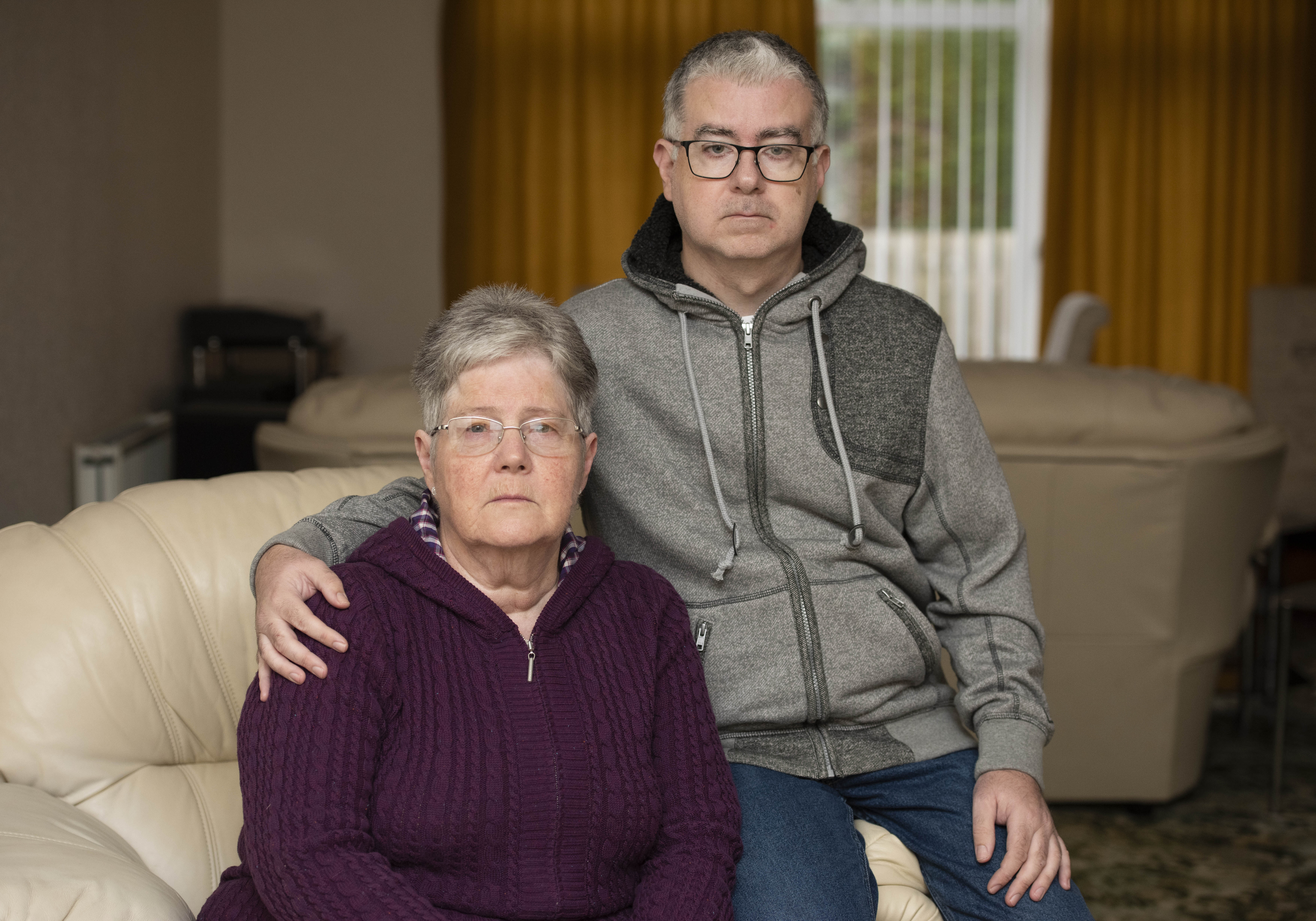 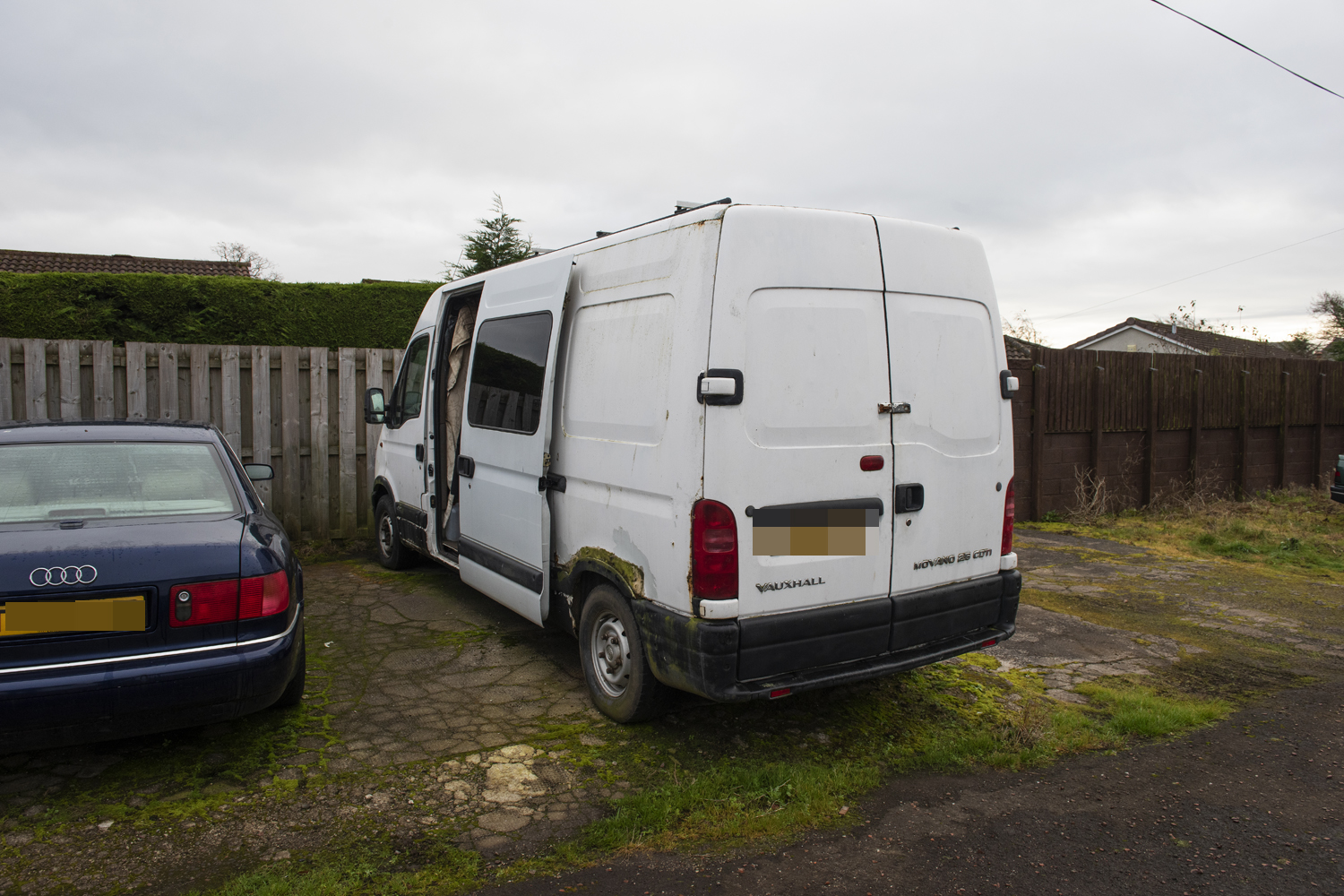 Cameron and Sheila claim a wood burner used by the 58-year-old ex-soldier causes fumes to pour into their house and back garden.

South Lanarkshire Council said it could not move Andy on because the van was parked on an unadopted road. However Cameron and Sheila have now been told by the local authority it does own the land.

But the council said that due to coronavirus restrictions they cannotmonitor the site to decide if Andy is causing a nuisance.

Cameron told the Sunday Mail: "For so long we were told it was an unadopted road that the council didn't own.

"The council have finally admitted that it is theirs and they have the authority to move Andy.

"Then we were told they couldn't act because of the Covid restrictions – but they could have acted long before now. 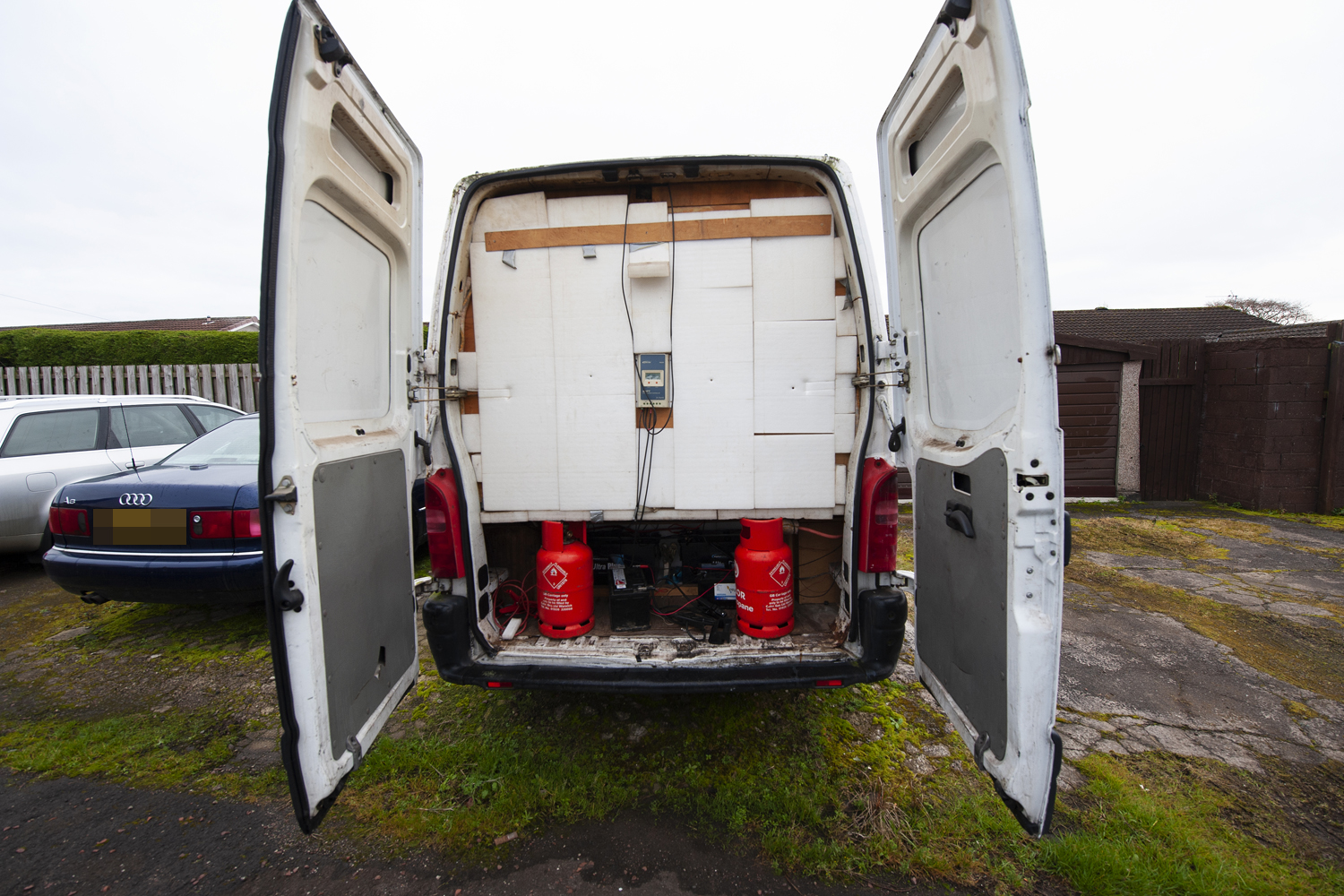 Andy, who has been parked in the same place since August 2017, has insisted he will not move.

He said: "This started when the council evicted me from my flat because I fell behind on rent. I had nowhere to go but my van.

"I have nothing against Cameron or Sheila.

"But if I take a flat the council offer, I'll be back to square one with all the outstanding arrears from the last flat to pay. So until the council can offer me help, I'm not going anywhere."

Andy, a long-distance lorry driver has decked out his van with a double bed, a TV, fridge and wood panelling for insulation.

He uses a gas ring to cook, has a chemical toilet and showers at work.

Andy admitted the wood burner he bought for £50 from eBay was "smokey at first" but claims it works better now.

The van has batteries for power, two gas canisters and solar panels.

A South Lanarkshire Council spokesman said Andy had been provided with housing advice.

He added: "We are aware of the current situation and can confirm that the vehicle in question is located on South Lanarkshire Council land on an unregulated parking area which is used by many residents in the area for various vehicles.

"It is situated outwith the boundary of Mr and Mrs Weir's property. The council's legal position remains that there is insufficient evidence to treat this matter as an unlawful encampment.

"During the current Covid-19 situation, officers have been unable to monitor the area regularly, however, as restrictions ease, officers will again be able to carry out such site visits." 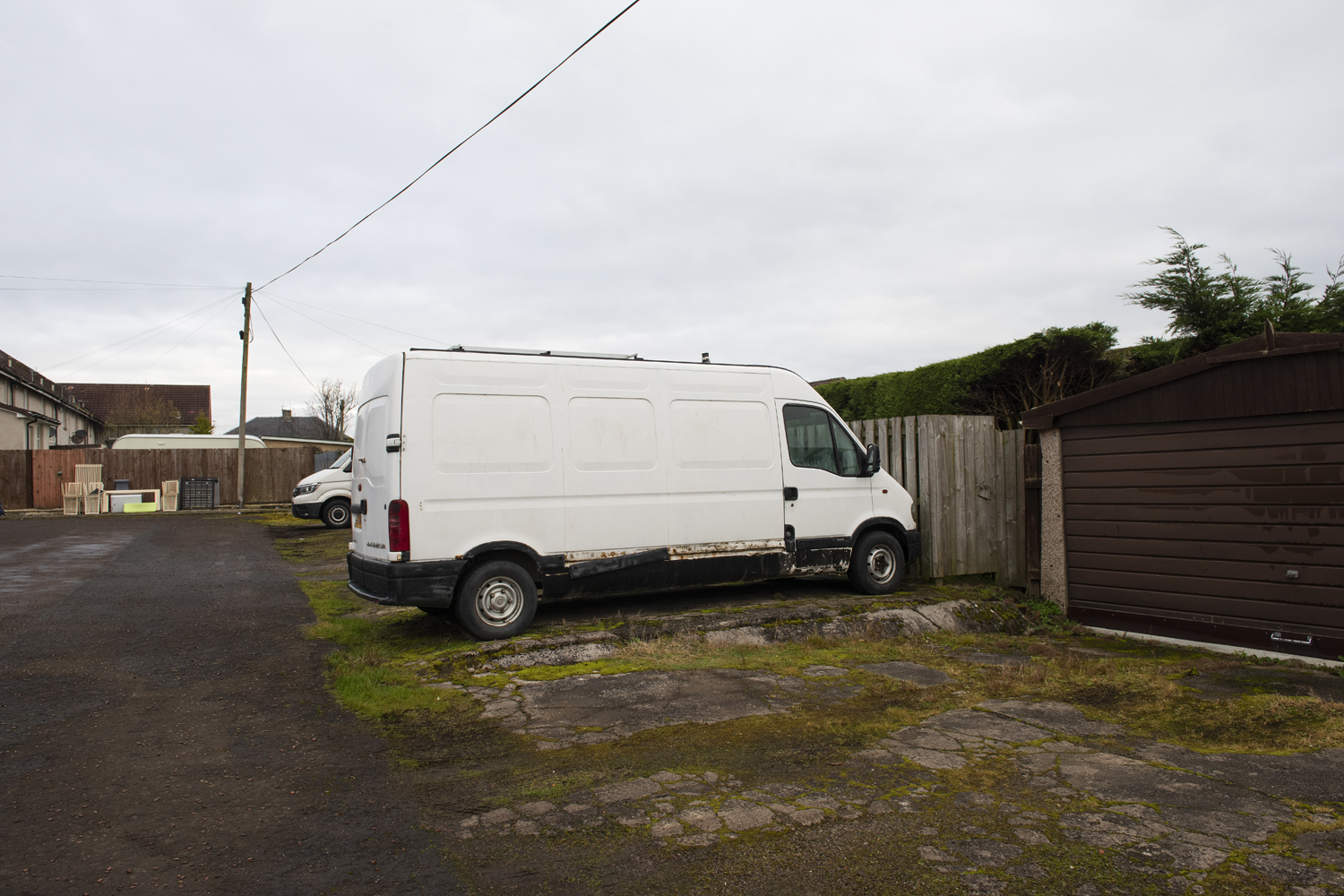