The family of a British man who died during a teeth whitening trip to Turkey are awaiting the results of a toxicology report to discover how he died.

Richie Molloy, 33, from Belfast, was found dead on Saturday after travelling to Marmaris for dental work, while his two friends Declan Carson and Aaron Callaghan were left in intensive care.

After returning to their apartment in Bodrum, one of the men had asked for help from their hotel manager, telling him that his friend had lost consciousness due to drugs, Turkish newspaper Sözcü reported.

Police are trying to track down the dentist who treated the ‘three fit and healthy young lads.’ 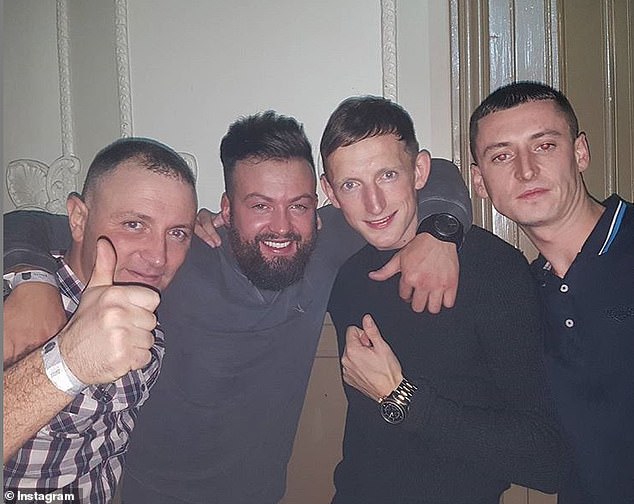 Richie Molloy (centre left) and Declan Carson (centre right) with two unknown friends. The pair both fell ill at their hotel apartment in Bodrum – Molloy was found dead on Saturday 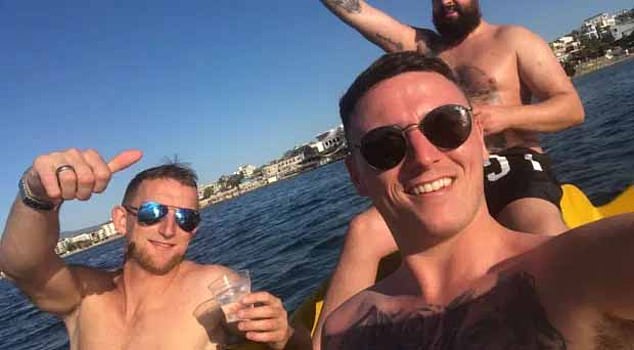 The three men from Belfast had visited the Marmaris resort before travelling on to their apartment in Bodrum. Pictured: Declan Carson (left), Aaron Callaghan (right) and Richard Molloy (rear) in Turkey on Friday

Anaesthesia is not required for a teeth whitening procedure, which is carried out by applying some chemicals to the teeth.

Some of these chemicals could potentially be toxic if a lot of them were swallowed, nonetheless, a fatality from a teeth whitening procedure is virtually unheard of.

Members of all three of the men’s families arrived at Milas Bodrum Airport over the weekend including Mr Molloy’s sister Lydia and Mr Callaghan’s parents, Mark and Karen.

Mr Carson, a father-of-two, and Mr Callaghan were believed to have been put into induced comas but have now been taken off life-support machines.

The Kevin Bell Repatriation Trust is assisting the Molloys in bringing Richie home.

Colin Bell told the Irish News: ‘It’s a very difficult situation. The young fellow died out in Turkey after travelling with his two friends.

‘I understand they had been travelling out for dental treatment, we don’t know how it happened but it ended up with Richard dying and the other two lads being seriously ill.’

He added: ‘At this stage his sister has flown out and she’s been put in touch with the funeral company who are looking after Richard’s repatriation.’

Bell told The Belfast Telegraph: ‘I have been in contact with Mr Molloy’s sister, Lydia, who was due to meet with the undertaker later today

‘She seems very strong and has travelled out there to do a job.

‘The repatriation will take about four or five days as Richie’s body will have to be released to the undertaker, hopefully later today or tomorrow.

‘Preparations will then have to be made to fly him home and all the various papers signed too.’

Mr Bell added that Mr Carson and Mr Callaghan ‘out of danger and conscious.’

‘I understand that they are off their life support machines and talking so that’s a good sign,’ Mr Bell said. 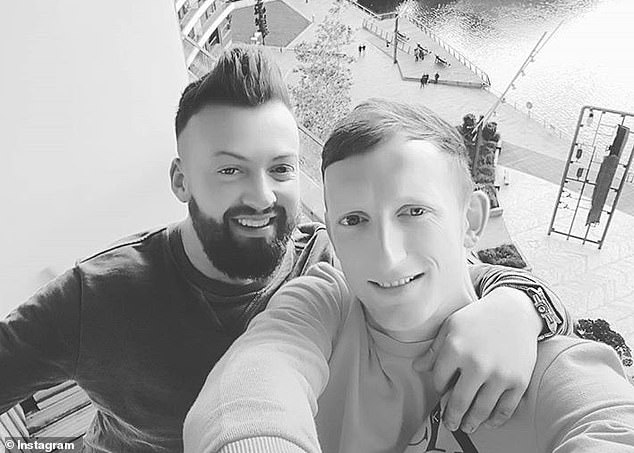 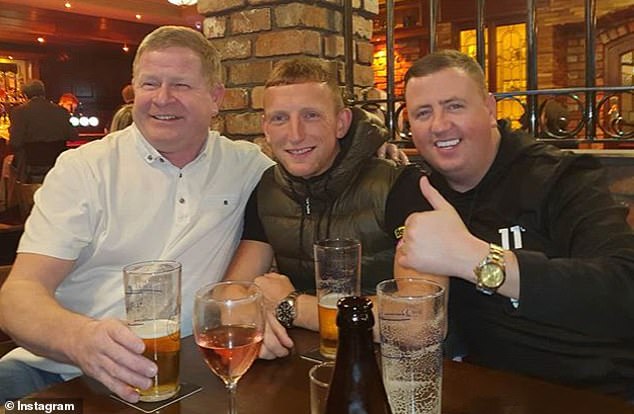 Declan Carson (centre), a father-of-two, and Mr Callaghan are reportedly in comas but their condition has now improved and they have been taken off of life-support machines

Aaron Callaghan, one of the men still in hospital, is a former player for St James’ Swifts Football Club

He said: ‘The community of North Belfast will rally around the families of those affected and do all that we can to provide support to them at this time of great difficulty.

‘I will be making immediate contact with the Department of Foreign Affairs to request all the necessary support be urgently put in place to assist the families.’

He said Mr Carson and Mr Callaghan’s families were going out to Turkey ‘desperately wanting to bring their children back’.

He told the BBC: ‘The families I have spoken to are grateful for the support but also need space and privacy and this includes people being responsible on social media.

‘There is a family here making arrangements to bring their brother, their son, home and there are two other families just hoping their loved one will pull through.

‘So it’s a very difficult but we don’t have much clarity at this stage as to what exactly has happened.’ 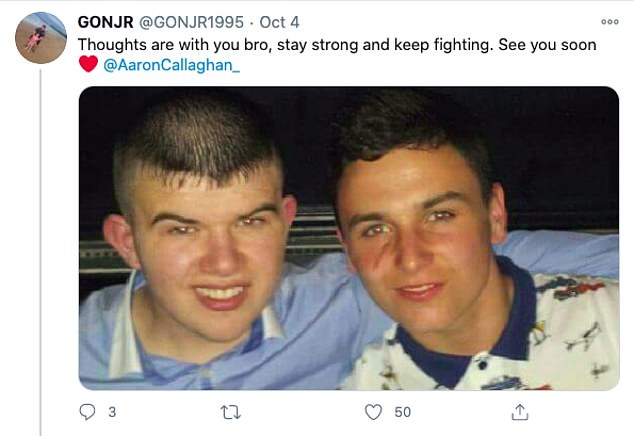 A salon in Belfast has paid tribute to Richie on its Facebook page.

Simon Flannery Male Grooming said: ‘We received heart breaking news over the weekend that one of our clients of over a decade, Richie Molloy, has passed away while on holiday in Turkey.

‘Richie was a true gentlemen and always brought a smile and laughter to the salon. Everyone who works and has worked in the shop and met Richie will miss his dearly.

‘Our thoughts are with Richie’s family and friends.’

The SDLP deputy mayor of Belfast Paul McCusker, described the tragedy as ‘worrying and devastating’. 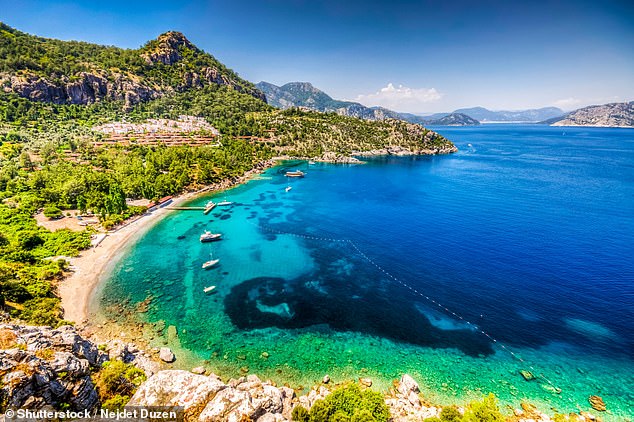 It remains unclear what caused Mr Molloy’s death but it is understood he was in Turkey for a teeth whitening procedure. Pictured: Turunc Bay in Marmaris

‘At this stage we know one male has died and two others are critical. As a North Belfast community all our thoughts and prayers are with you all including the familes.’

Aaron Callaghan, one of the men still in hospital, is a former player for St James’ Swifts Football Club.

‘Everyone at the club are thinking of you during this time and we have both you (and) your friends within our hearts.’

A Foreign Office spokesperson said: ‘We are supporting the family of a British man who has died in Turkey and we are in contact with the Turkish authorities.’

The Irish Government said: ‘We are aware of the case and are providing consular assistance.’