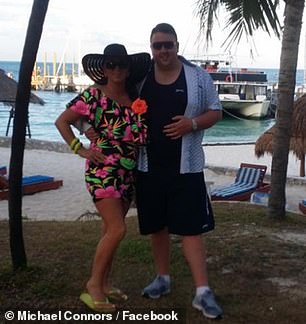 A pub who refused to serve a family celebrating the birthday of a five-year-old girl have been accused of racism towards travellers.

According to Michael Connors, 31, he took his wife and children to a Hungry Horse in Reading but they were barred entry.

The manager of the Trooper Potts stood at the entrance while Mr Connors accused him of ‘racism and discrimination at the highest level.’

The party of four adults and seven children, including the birthday girl, were told by the manager in footage obtained by the Sun, ‘I’m sorry but that’s where we’re at.’ 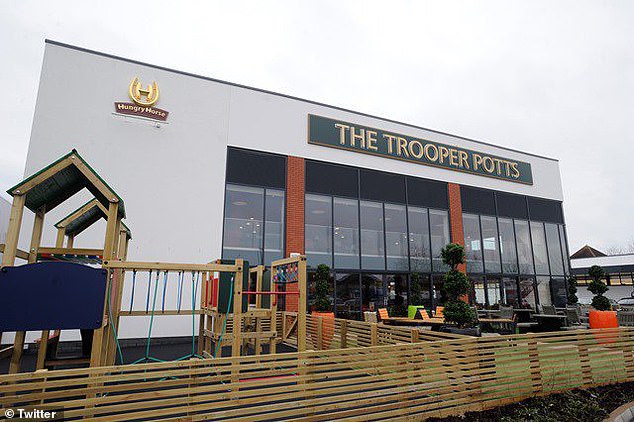 The Trooper Potts pub in Reading (pictured) is part of the Hungry Horse pub chain, owned by Greene King breweries 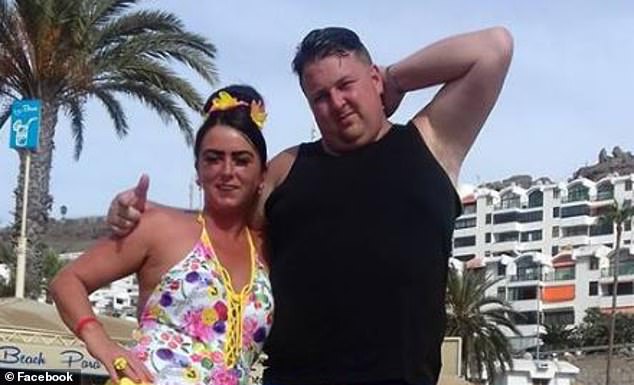 Michael Connors with his wife Barbara, (pictured on holiday) were at the pub with their three young children and family friends 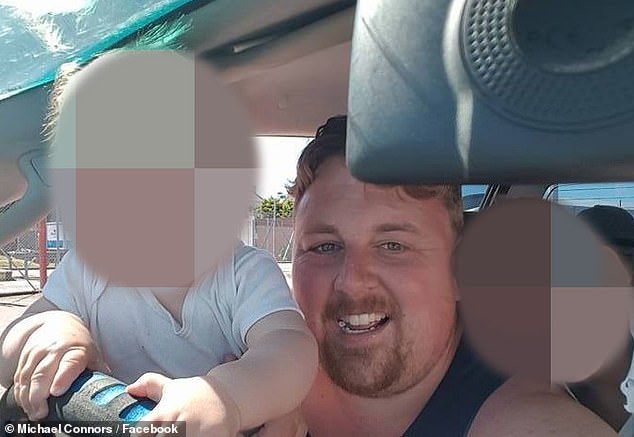 Michael Connors pictured here with two of his children; he was at the pub with his wife Barbara and their three children

Mr Connors replies, ‘So basically because we’re travellers or Irish…’

The manager interrupts, ‘I’m not going to go into it – I said I’ll call the police OK.’

During the Sun video the manager remarks that he is black in an attempt to deflect from claims he is being prejudiced towards the group.

The children appear to be upset in the video as the adults try to negotiate with the restaurant staff and according to Mr Connors the five-year-old girl was reduced to tears.

Mr Connors told the Sun: ‘It was disgusting. Even people who were eating and drinking in the pub got up and left because they were so outraged.’ 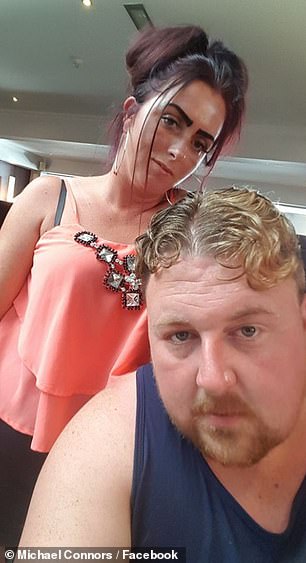 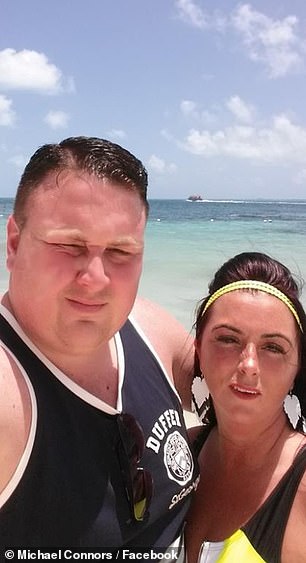 Michael Connors told the Sun, ‘It was disgusting. Even people who were eating and drinking in the pub got up and left because they were so outraged.’

He told the tabloid another member of staff mentioned that they had encountered difficulties with Irish travellers before.

Their party decided to head elsewhere.

According to the Sun, Thames Valley Police confirmed their attendance at the Trooper Potts but no arrests were made.

Trooper Potts is a pub in Reading owned by the Hungry Horse chain, a subsidiary of Greene King breweries, founded in 1995.

In 2014 the chain were lambasted for introducing a ‘Double Donut’ burger which was packed with nearly 2,000 calories.