THE crowd at a Jason Aldean concert suddenly broke out into a chant of "f**k Joe Biden" before the singer surprisingly backed their heckling, as captured in a video posted to social media.

In the footage, which was taken at a concert in Tampa, Florida on Saturday, cries of the rude phrase could be heard loudly throughout the audience. 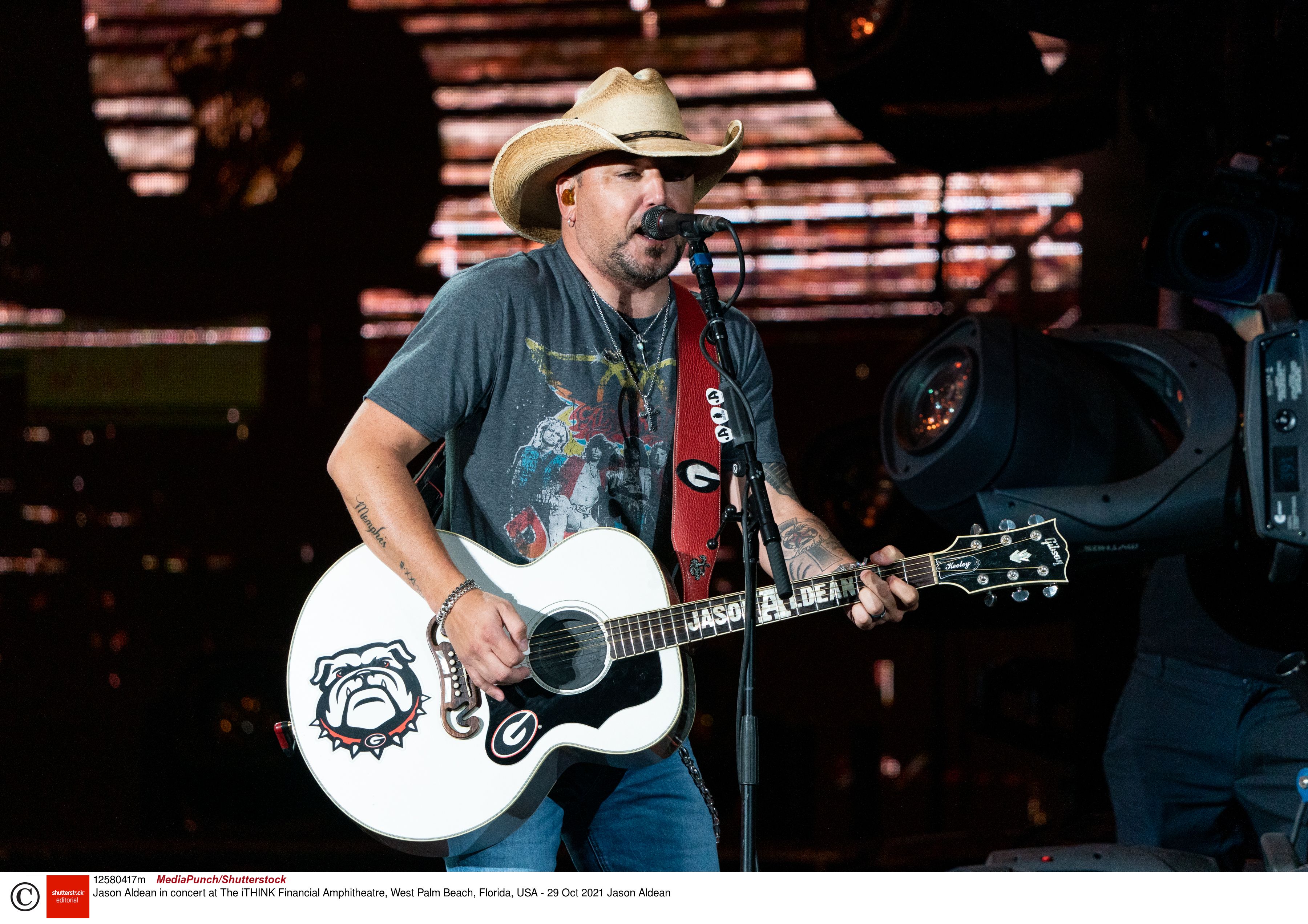 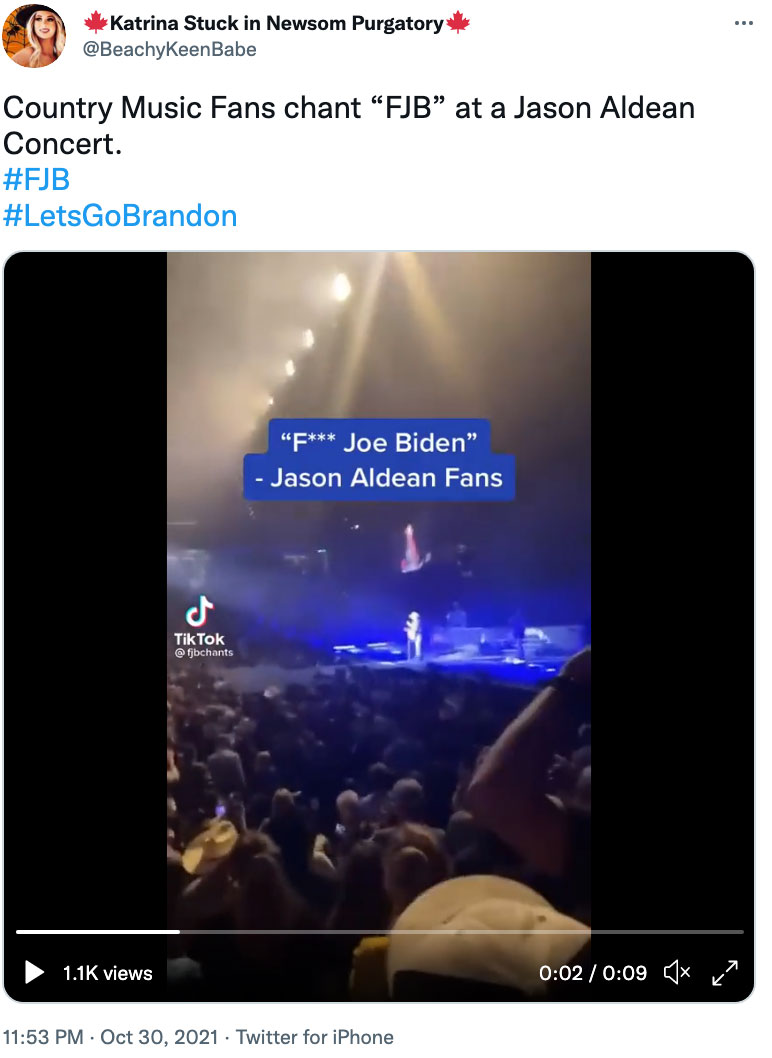 As the chant spread and fans clapped along to the rhythm, the country music star appeared to back up the sentiment, saying "You said it."

Aldean has previously expressed his disapproval for the President, when his wife Brittany posted a picture of their two children wearing clothing with anti-Biden slogans to Instagram five weeks ago.

"Let's go Brandon" went viral earlier this month on Twitter, where it is also associated with the hashtag #FJB.

The joke dates back to a TV interview at a NASCAR race at the Talladega Superspeedway on October 2.

While the interview took place, chants of "f**k Joe Biden" broke out from the crowd, as captured on video.

But Stavast characterized the chant as "Let's go Brandon."

"As you can hear the chants from the crowd, let's go Brandon," she said, even as a very different phrase was clearly audible on the clip.

The video went viral on social media, leading to conservatives who are critical of the President using "Let's go Brandon" as a stand in for the rude phrase.

Now, even politicians have joined in on the innuendo.

Donald Trump's son, Donald Trump Jr., was present at the Talladegea race and posted a picture of himself holding up a "F*** Joe Biden" flag while in the stands.

Florida Rep. Bill Posey concluded a speech on the floor of Congress on October 21 slamming President Biden's Build Back Better plan with "Let's go Brandon" as he raised his fist.

And GOP Rep. Jeff Duncan of South Carolina was also spotted wearing a face mask with the phrase written across on Thursday.

In a post to Facebook on Tuesday, he also posted a picture of himself wearing the mask, writing, "The American people are furious," before listing several complaints of President Biden.

And Texas Rep. Ted Cruz also joined in, sharing a picture from the World Series to Twitter on Thursday showing himself holding a sign with the phrase, interspersed with "FJB."

The senator also addressed the message during an interview on The Benny Show.

When asked if he had seen the original clip, he said, "It is one of the funniest things I have ever seen.

"I didn't like amplifying the profanity but the clip is surreal like listening to the NBC reporter say 'look they're chanting let's go Brandon,' it captures everything about fake news all at once."

It is also making the rounds on TikTok, where Loza Alexander first posted a video rapping over the original video while wearing a red "MAGA" hat.

The phrase triggered greater controversy after the pilot of a Southwest Airlines flight that touched down Friday morning quipped "Let's go Brandon" at the end of an announcement over loud speakers.

Coincidentally, Associated Press journalist Colleen Long, who was working on a story about the same topic, was on the flight, and decided to include the incident in her article.

In a tweet posted Saturday, she wrote: "TFW you’re trying to go on vacation and then the pilot says the very thing you’re working on over the loud speaker and you have to try to get him comment but then almost get removed from plane."

After the incident went viral, many took to social media to boycott Southwest Airlines into firing the pilot, using the hashtag #BoycottSouthwest.

The company responded to the controversy in an email to Forbes, writing that it "does not condone employees sharing their personal political opinions while on the job serving our customers, especially when comments are divisive and offensive."

It continued: "Southwest is conducting an internal investigation into the recently reported incident and will address the matter directly with any employee involved.

“The airline apologizes for this event – an action that was not reflective of the Southwest hospitality for which we are known and strive to provide each day on every flight.” 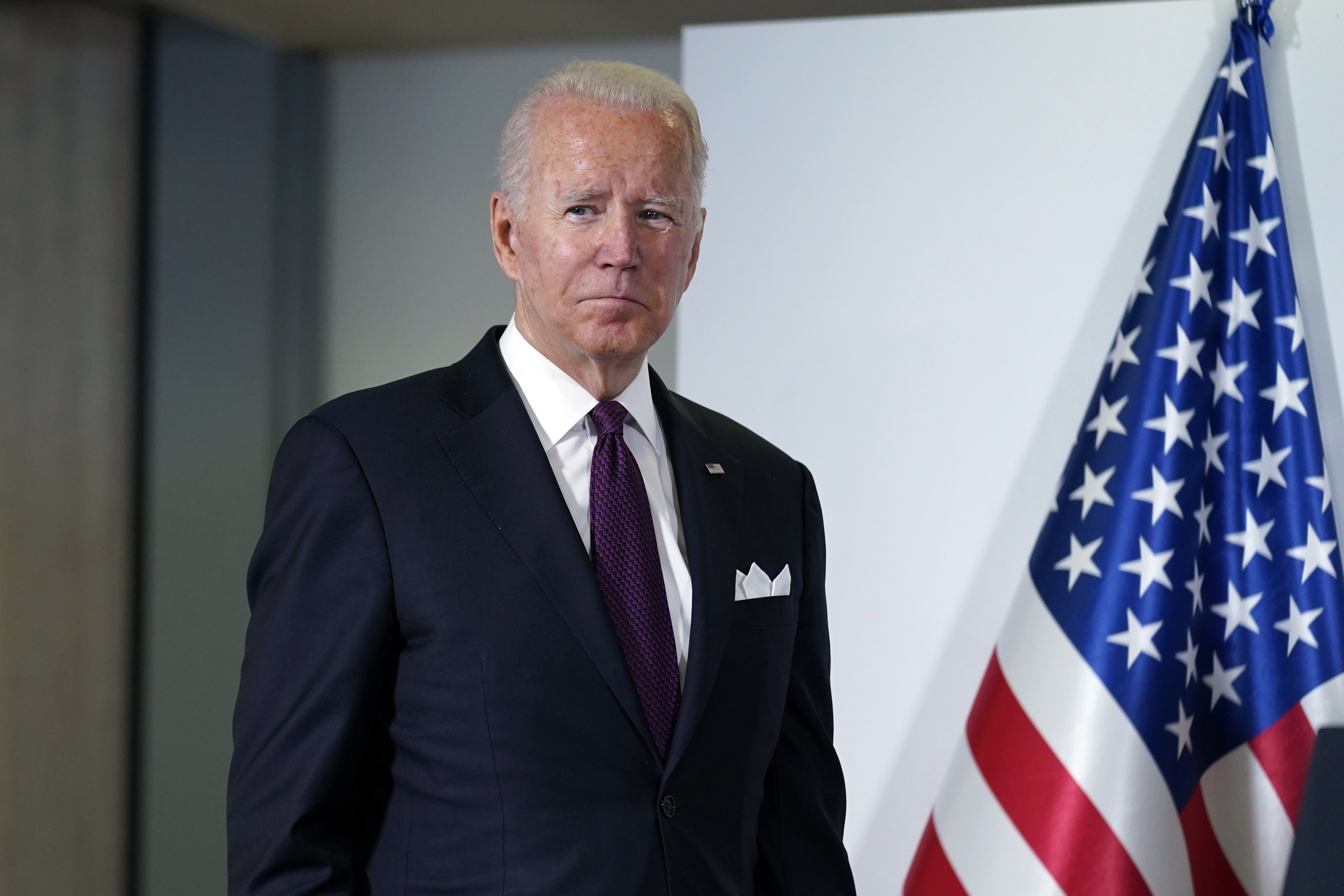