Nigel Farage has made a pitch to SNP voters in Scotland, saying Scottish independence while still in the EU is the ‘most dishonest political discourse I’ve ever seen anywhere in the world’.

Urging pro-independence voters to ‘lend your votes to the Brexit Party’, Mr Farage told a passionate rally in Edinburgh that the party was set to revolutionise British politics.

He told supporters, who had paid £2.50 to attend the event in the Scottish capital: ‘Our politics is full of deception because here in Scotland we have the extraordinary situation where Nicola Sturgeon talks about independence.

‘She says that separating from the United Kingdom but staying part of the European Union means that Scotland will be independent. 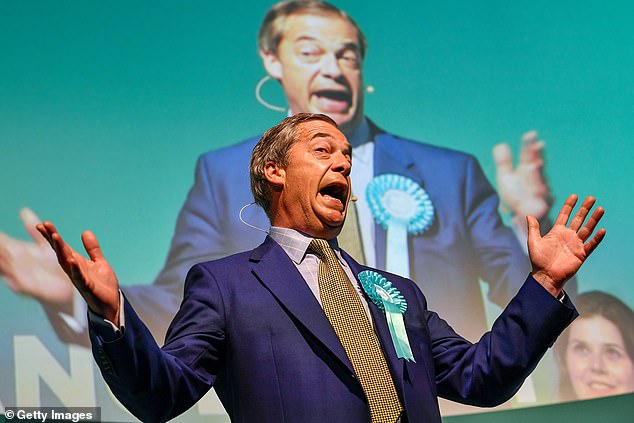 Nigel Farage attends a rally with the Brexit Partys European election candidates at the Corn Exchange in Edinburgh on May 17, 2019 in Edinburgh, Scotland

‘It is, I think, the most dishonest political discourse I’ve ever seen anywhere in the world.

He suggested that up to 30% of SNP voters do not want to be part of the EU, and added: ‘Even though I’m very unionist, I would say to those voters: unless we get Brexit, you cannot really have an intelligent debate about Scotland’s future. 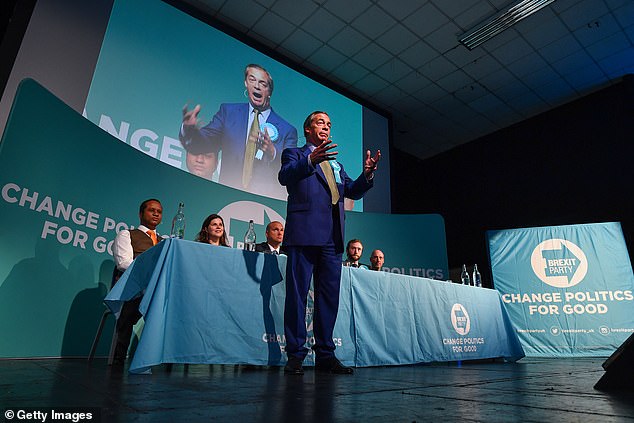 Farage also suggested that up to 30 per cent of SNP voters do not want to be part of the EU, adding that Scotland should leave the EU with the rest of the UK before it can have an ‘intelligent’ debate on Scotland’s future

‘Actually, what you ought to do folks, is at this election lend your votes to the Brexit Party. Let’s get out of the European Union and then have an honest debate about the future of Scotland.’

Responding to comments by Scottish candidate Louis Stedman-Bryce that the party would not stand in the way of a second independence referendum, Mr Farage told reporters: ‘He said he wouldn’t stand in the way of it, but he also said that – given that it was said at the time that it was a once-in-a-generation vote – it shouldn’t happen for a very long time. 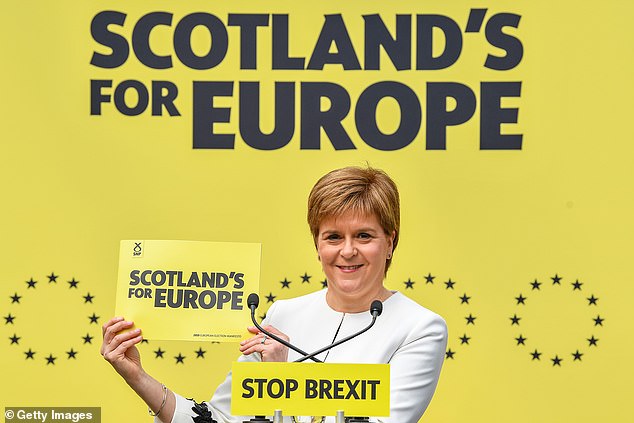 Farage criticised Nicola Sturgeon’s attempts to keep Scotland in the Eu while campaigning for Scottish independence as ‘most dishonest political discourse I’ve ever seen anywhere in the world’. Pictured: The First Minister joins SNP candidates to launch the party’s manifesto for the European election in Glasgow 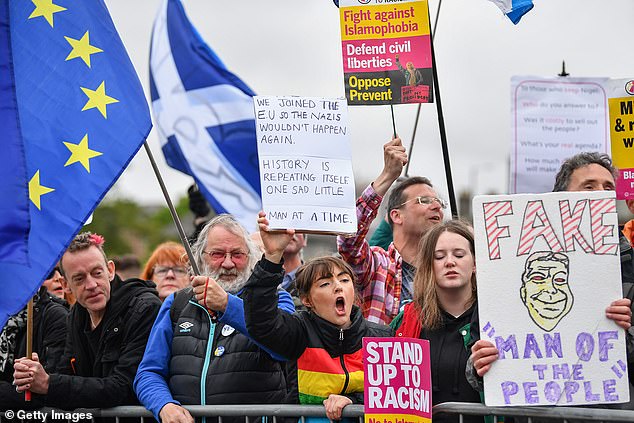 ‘The same thing applies to the Brexit referendum, we were told this was a once-in-a-generation decision.’

Asked about receiving £450,000 of funding from Aaron Banks in the year after the 2016 referendum – a claim he earlier denied but one that Mr Banks reportedly confirmed – Mr Farage claimed that the issue was a private matter.

‘I was looking for a new career and a new life, it’s got nothing to do with anything. It’s a purely private matter.’

Pressed on whether he declared it, he said: ‘Of course not, of course not. It’s a purely private matter, non-political in absolutely every way.

‘It was me, in America, seeking a new media career which I was looking forward to until Brexit was denied and so I’m back now in politics.’