The ‘once in a generation’ freeze hit that the Midwest of the country earlier this year saw frozen lakes, record breaking temperatures and large-scale travel disruption.

But a Michigan farmer also captured one of the weather’s more beautiful phenomenons – the ‘ghost apple’.

Andrew Sistema said that while pruning his apples trees on his Kent County farm, he noticed a perfect shell of ice coating the fruit. 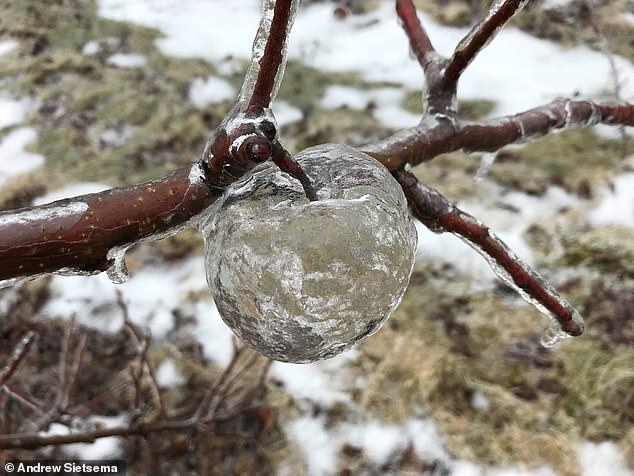 Apple-shaped ice casing created in an orchard following an ice storm are pictured in Sparta, Michigan 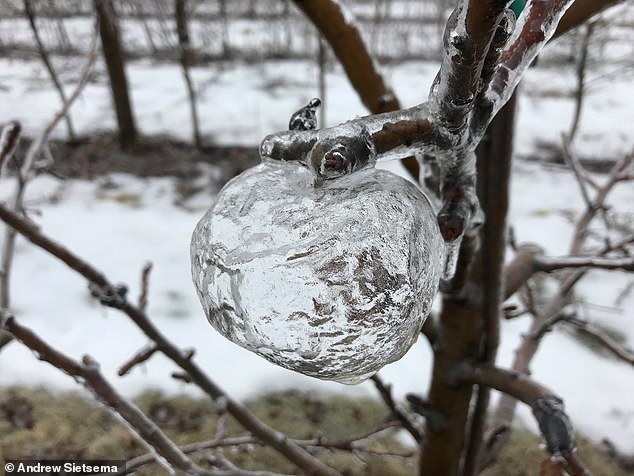 Sietsema discovered the ghost apples while pruning the trees on his Michigan farm. The mushy, rotten flesh of some of the apples just fallen through the bottom of the frozen shell 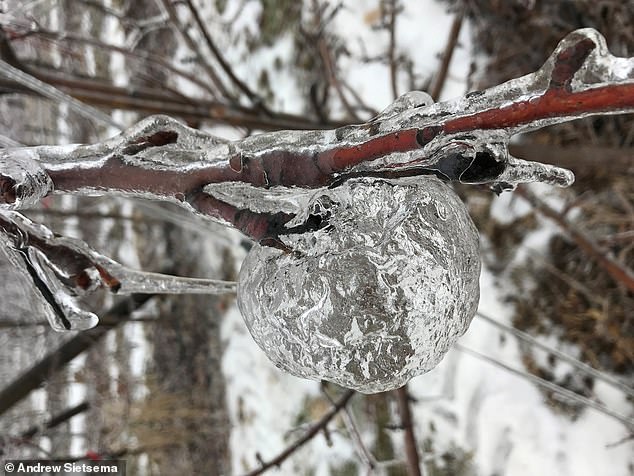 A peculiar and rare product of the recent influx of cold weather from the polar vortex, ghost apples form when rain freezes perfectly around the skin of the fruit.

But in many of the more rotten apples, when the trees are shaken the mushy insides can slip right out of the firm case, leaving only a ‘ghostly’ imprint behind.

Sistema said that the ghost apple phenomenon is so rare because it requires very specific weather conditions; it must be cold enough to stop the ice melting, but warm enough to rot the apples and turn them into mush.

This is only possible because apples have a lower freezing point than water, due to their higher sugar and acid content.

The result is a glassy, fragile apple-shaped orb that, while less tasty than the real thing – is certainly more beautiful. 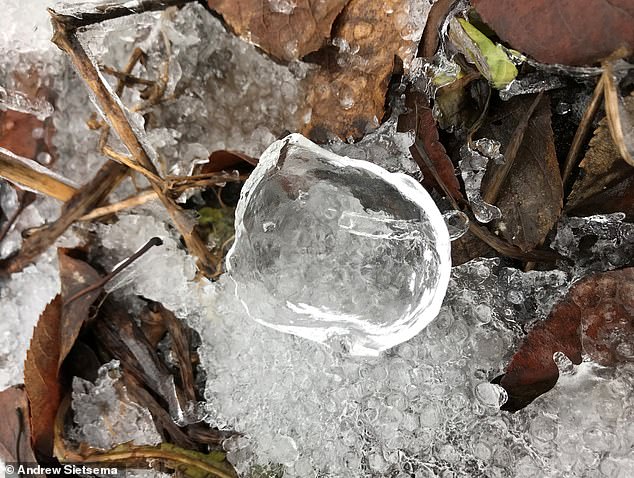 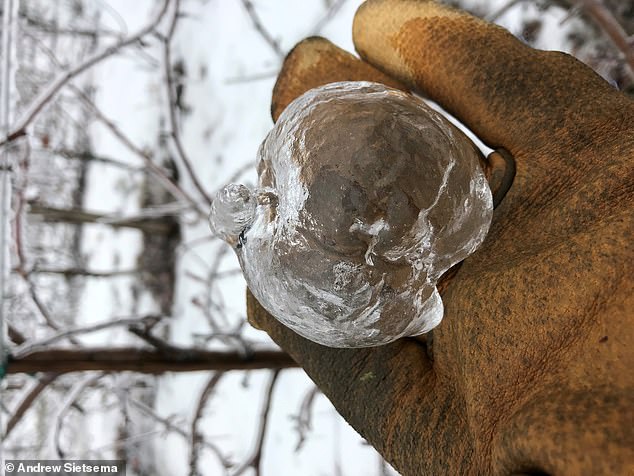 The flesh of the more rotten apples is so mushy that it can fall out the bottom, leaving only a ‘ghostly’ imprint behind 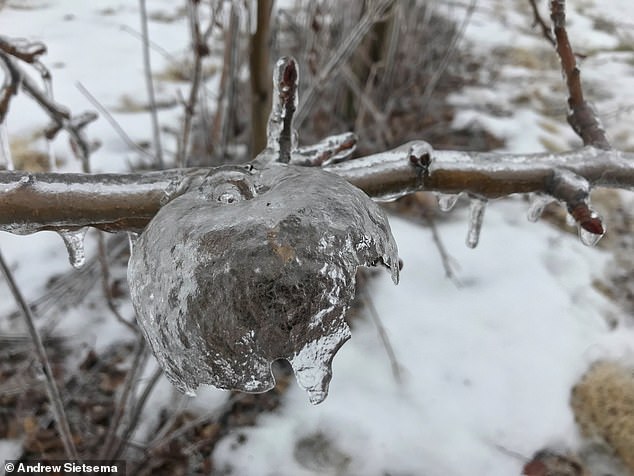 Even the stalk of the apple can be seen on the perfect glassy imprint that has been left by the apple before it rotted, leaving only the frozen casing behind 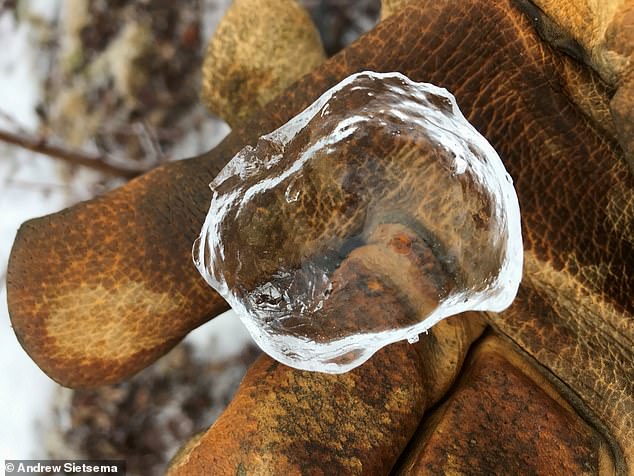 The fragile ghost apples, resulting from the recent influx of cold weather from the polar vortex, do not last long