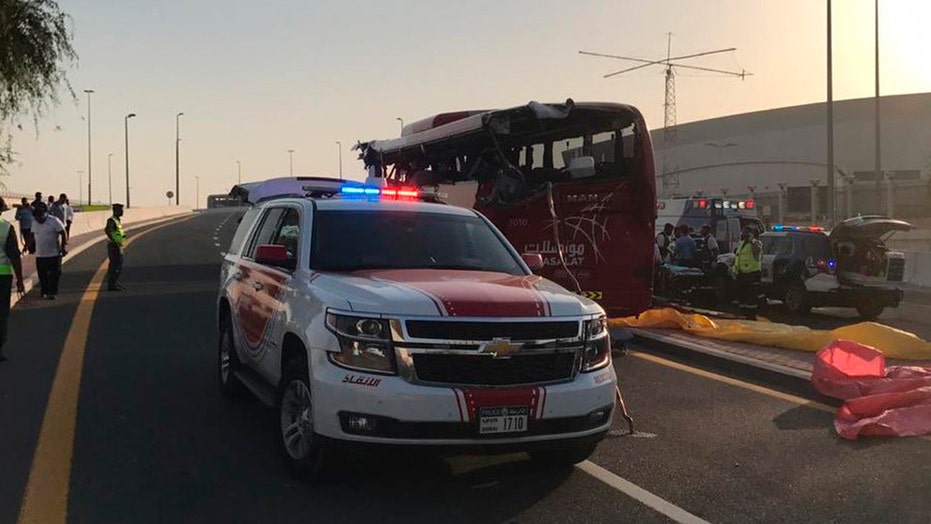 A bus crash in Dubai Thursday night left 17 people dead, including 12 Indian nationals, after the driver crashed into a warning sign.

The bus was driving through Rashidiya around 6:00 p.m. crashed into a low-clearance sign which hung over a car-only off-ramp on Sheikh Mohammed bin Zayed Road, a major highway in Dubai, smashing through the driver's side of the bus.

17 people died and three more were injured, authorities said Friday. The victims included different nationalities but at least 12 were said to be Indian, the Indian consulate in Dubai confirmed on Twitter.

"Sometimes a minor error or negligence during driving leads to serious consequences," police said on Twitter.

Mwasalat, the government-owned bus company in Oman, said the crash involved one of its buses on route to Dubai from Muscat. It further identified the other victims as an Irish citizen, an Omani, two Pakistanis but just 11 Indians. It could not immediately identify two other victims.

The discrepancy between the company's figures and the Indian consular officials could not be immediately explained.

Pakistani consular officials in Dubai declined to immediately comment to The Associated Press. The Irish Embassy in Abu Dhabi said it was aware of reports of the death and providing consular assistance.

Among the 31 people on board were also citizens of Bangladesh, Germany and the Philippines, the bus company said in a statement. It added that seven passengers remained hospitalized, with one in critical condition. Eight others had been discharged.