A FEARLESS woman threw herself in front of a weapon-wielding thug to stop a day-light robbery.

CCTV footage shows the female customer taking on the would-be robber inside a Browning Road shop in Newham, London, on the afternoon of January 20. 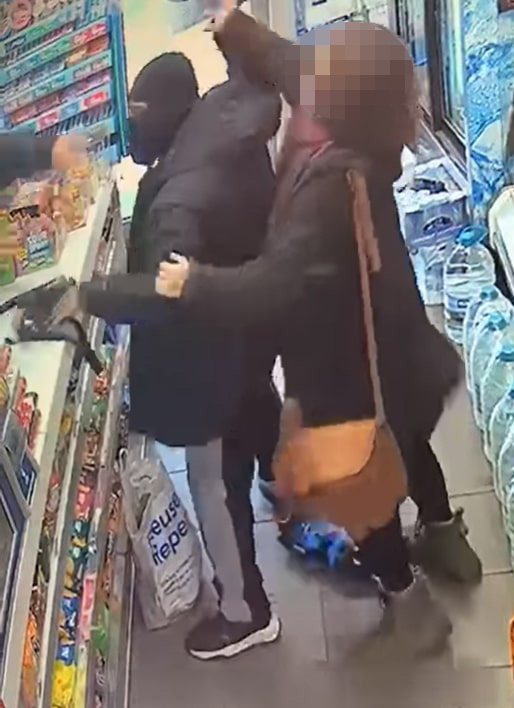 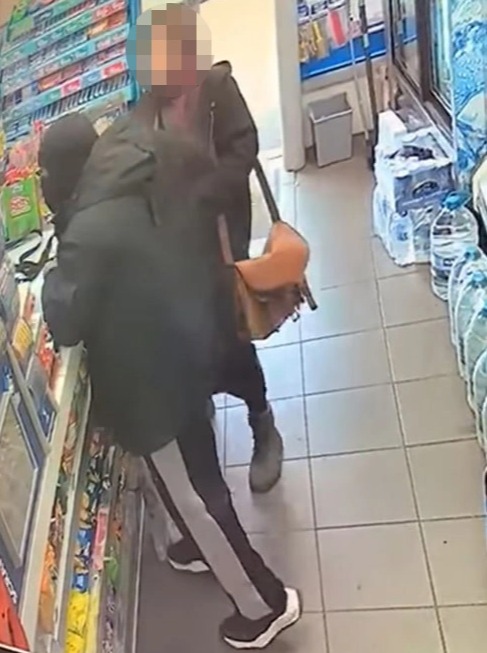 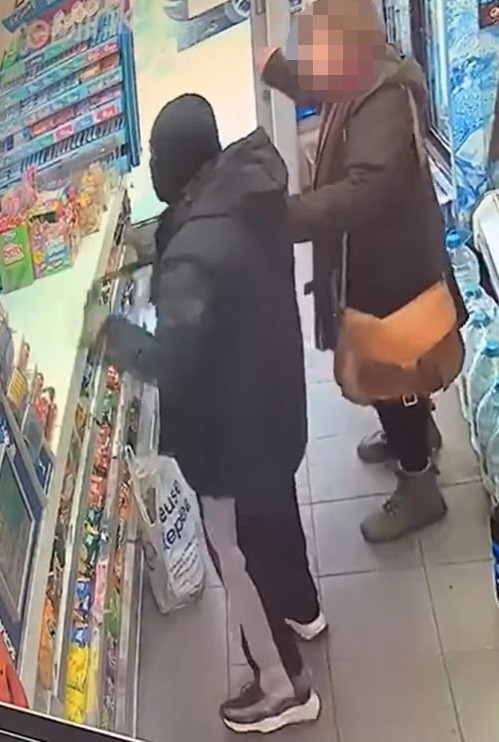 The video has divided social media with some hailing the woman a "hero" while others have labelled her "stupid".

In the 45-second clip she is seen wearing a red scarf, dark green coat, black leggings and grey Timberland boots with a brown satchel over her shoulder, while standing at a shop counter talking to the attendant.

It is believed the clerk working that day was a woman whose son was upstairs out the back of the shop.

The door swings open and a man marches in wearing all black with a balaclava.

He abruptly yanks a weapon out from his jacket and is gesturing to put money into the bag.

In just seconds, the situation turns toxic as the bystander yells at him to get out.

A pushing and shoving match ensues, and the pair scuffle as the woman pulls the man away from the counter.

She's seen grabbing at his weapon, which appears to be a stick, before being knocked to the ground.

Metropolitan Police told The Sun Online police attended the incident following reports of an attempted robbery at the E12 store.

A spokesperson said the man entered the shop "in possession of what was described as a stick" and demanded cash.

They said: "He was challenged by a customer and a shop worker before leaving."

Nothing was taken and there were no reports of any injuries.

The spokesperson said inquiries into the incident continue and no arrests have been made.

Onlookers who witness a crime taking place are advised to call 999 in an emergency.

The video triggered social media commentary from both those who sided with the woman and those who condemned her actions.

One person commented: "That lady deserves a bravery medal!" while another said she's a bad b****".

Someone else called the woman a "warrior".

Her actions were called "gutsy", "incredible" and "courageous" – but she was also called "a bit mad", "silly", "stupid" and "not wise".

It is believed the woman was Portuguese and is heard shouting "filho da puta" which translates to "son of a b****".

Another person claimed she yelled "vai te embora caralho", in English – "f*** you go away".

Anyone with any information that could assist the investigation is asked to contact the police on 101 and quote CAD 3806/20 Jan. 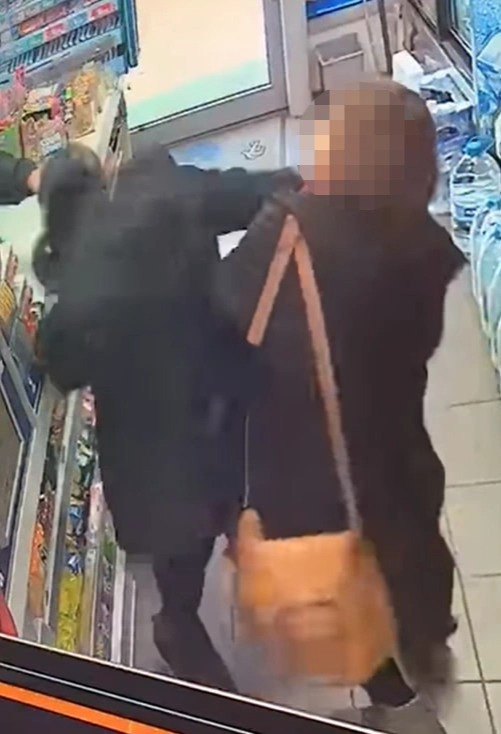 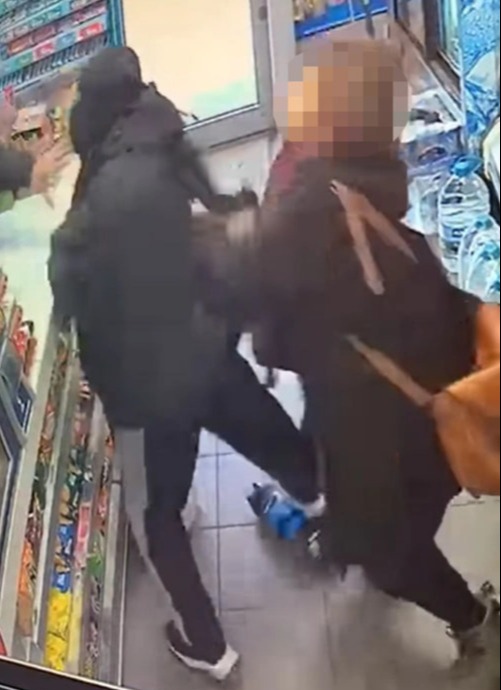 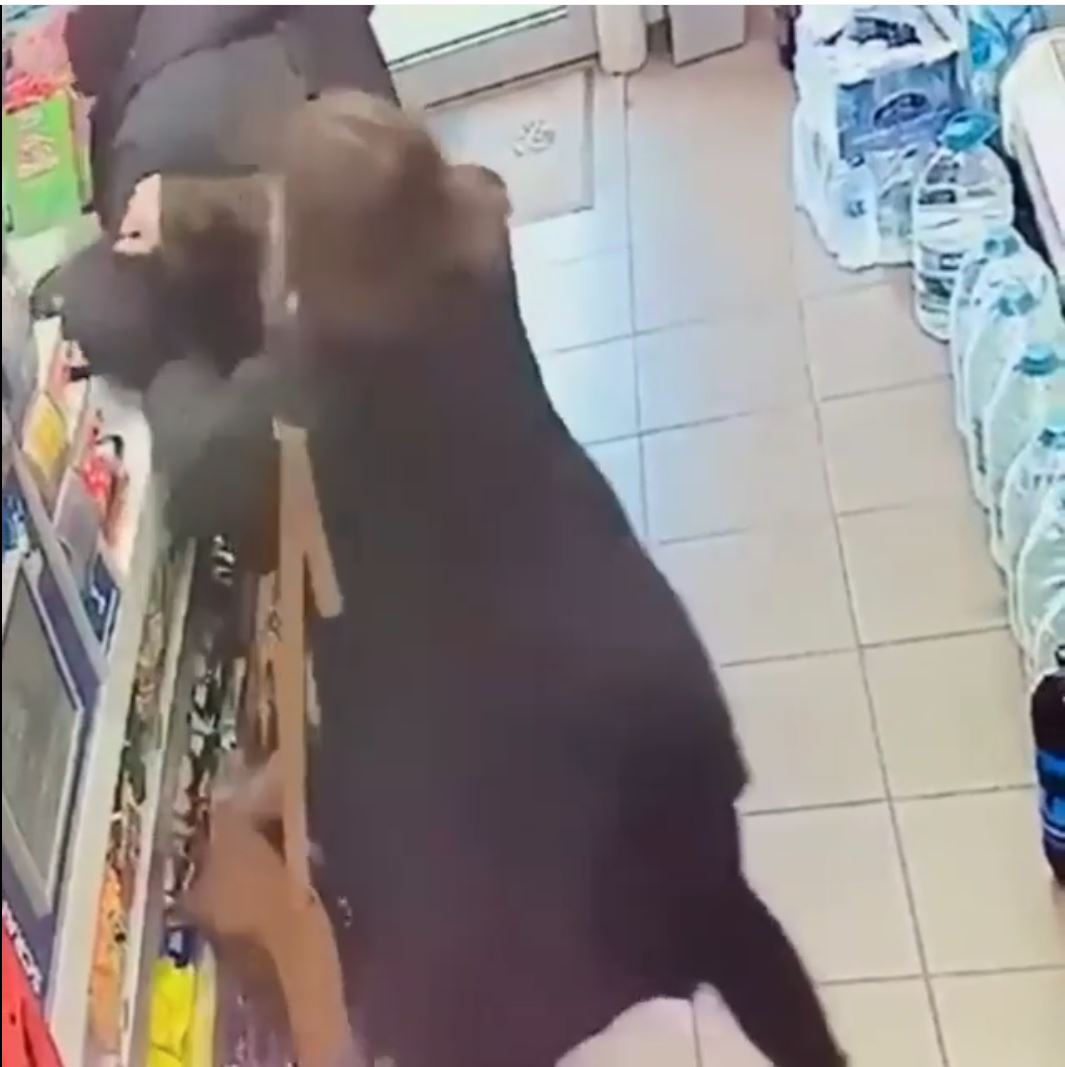 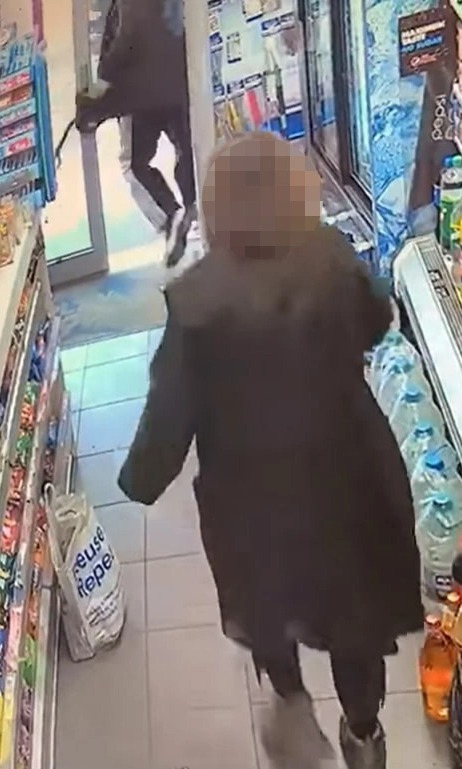