JD Wetherspoon today warned of ‘considerable’ pressure on costs as staffing and energy bills jump amid concerns that the pub chain could have to raise prices.

The Watford-based firm, which runs more than 800 pubs in Britain and Ireland, now expects to break even this year if there are no further Covid-19 restrictions.

Seven weeks ago it increased the cost of pints by 10p on average at most pubs, and 20p in London – and warned investors that ‘some price rises are inevitable in an inflationary environment’. Inflation is now at 7 per cent, the highest level in 30 years.

While rising costs and inflation will increase the likelihood of further price hikes for customers, financial experts said Wetherspoon could benefit from the cost of living crisis thanks to its prices being cheaper than competitions – if it can keep them low.

Wetherspoon – which has not given any confirmation at this stage that it will raise prices soon – did return to profit in the third quarter but last reported an annual profit for the year ended July 2019, which was before the pandemic took hold.

It said like-for-like sales in its third quarter to April 24 were 4 per cent below the same period in 2019, but bounced back to stand slightly higher in the final two weeks. 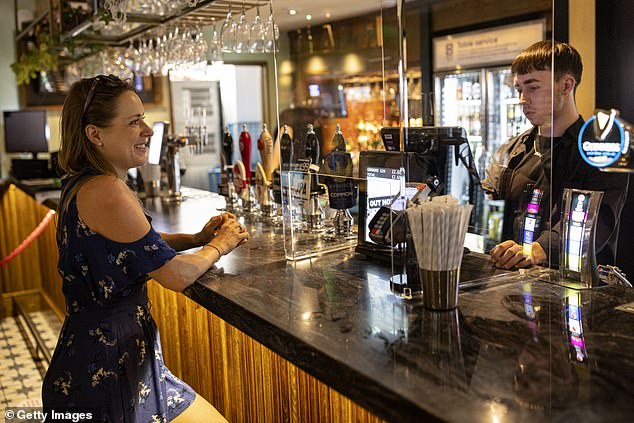 Wetherspoon said it had returned to profit since March 13 and that it was hopeful of a further gradual improvement in sales over its final quarter.

The figures come after half-year results in March showed it remained in the red with a pre-tax loss of £21.3million for the six months to January 23.

ANALYSIS: Pub chain is edging towards normal as sales creep up

JD Wetherspoon is edging towards glass half full again.

The bigger picture shows overall sales are still down on pre-pandemic levels, but zoom in and you can see that trading in more recent weeks has been marginally positive.

This is an especially important development for the Spoons brand, thanks to its need to shift high volumes so it can support cheap price tags.

Margin accretion is going to be very hard won, but Tim Martin’s business is hardly one to shy away from a challenge.

Exactly how trading is going to shape up from here depends on the extent of the damage to people’s discretionary spending.

On one hand, Spoons’ reasonable price point could entice those slipping down the value chain.

On the other, the cost-of-living crisis may well serve as a real blow to the group’s core demographic and ultimately drive them away.

Sophie Lund-Yates is an equity analyst at Hargreaves Lansdown

Chairman Tim Martin said today: ‘The company anticipates a continuing slow improvement in sales, in the absence of further restrictions, and anticipates a ‘break-even’ outcome for profits in the current financial year.’

He said the group is ‘cautiously optimistic about the prospect of a return to relative normality’ in the next financial year, but warned over rocketing inflation.

‘As many hospitality companies have indicated, there is considerable pressure on costs, especially in respect of labour, food and energy.

‘Repairs are also running at a higher rate than before the pandemic.’

Wetherspoon has also sold six pubs, while a further five were given up at the end of their leases, and three leasehold pubs were closed.

Russ Mould, investment director at AJ Bell, said Wetherspoons could benefit from the cost of living crisis thanks to its cheaper prices – if it can keep them so.

He added: ‘Pub chain Wetherspoons’ business model has always been to prioritise volumes over margin performance. So the return of punters as restrictions ease is absolutely critical to the company’s prospects.

‘While cost of living pressures are acute, people are likely to still want the escape of a trip to the pub and, assuming Wetherspoons can keep its prices keen despite inflationary pressures, it could benefit from people trading down.

‘However, it definitely has a tricky period to navigate and its balance sheet is quite stretched.’

Shares in Wetherspoon, which is also known as ‘Spoons’ by many customers, were trading down by 2.3 per cent today.

It comes as the UK hospitality sector is slowly recovering after a series of lockdowns over the past two years hammered trading, although sales are now bouncing back. 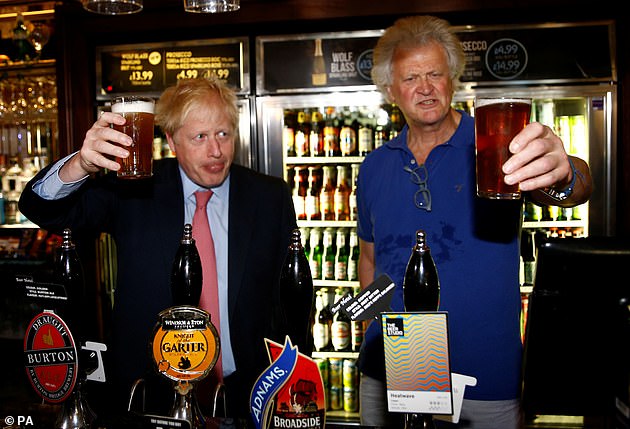 However, firms are dealing with the cost of living crisis and Russia’s invasion of Ukraine which has raised commodity prices and further damaged confidence.

She added: ‘On one hand, Spoons’ reasonable price point could entice those slipping down the value chain.

‘On the other, the cost-of-living crisis may well serve as a real blow to the group’s core demographic and ultimately drive them away.’ 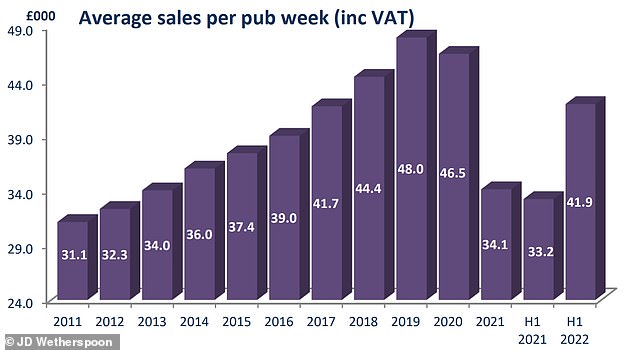 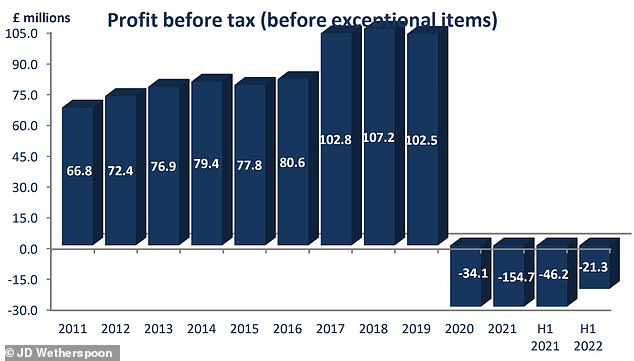 Half-year results in March showed a pre-tax loss of £21.3million for six months to January 23

Surging prices are causing the biggest squeeze on British household incomes since at least the 1950s and consumer confidence is at near record lows, prompting people to cut back on spending and save money.

But Wetherspoon said it was ‘cautiously optimistic’ about the possibility of a return to ‘relative normality’ next year.

On March 18, in a question and answer session with analysts and investors after the release of the company’s half year results, Wetherspoon was asked: ‘We see you put the price of a pint up 10p recently. Have you any other plans for price increases?’

In a published response, it said: ‘We try to avoid making statements about price rises. Our general policy is to remain as competitive as possible.

‘In the medium and longer term, at the risk of stating the obvious, some price rises are inevitable in an inflationary environment.’