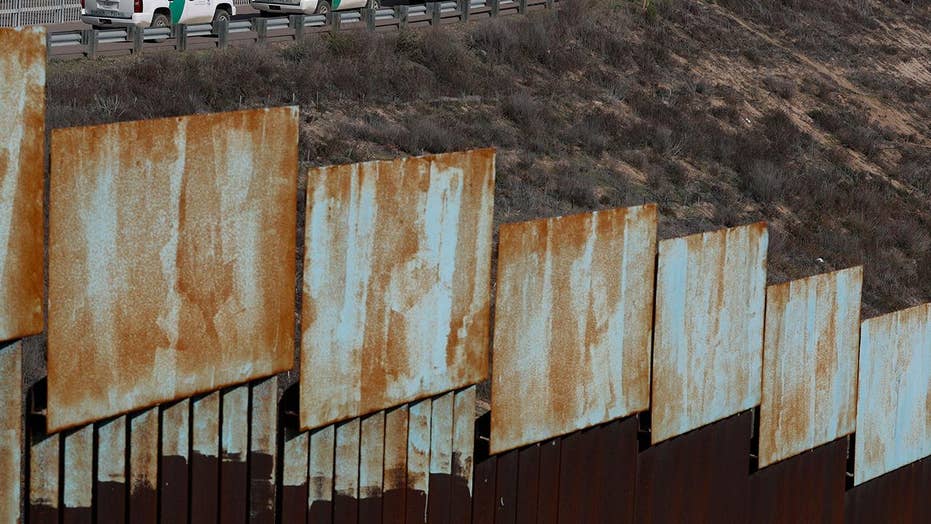 Can Trump, Democrats bridge the gap on border security?

SAN DIEGO – Federal officials are trying to track down the mother of a two-year-old girl who was found strapped to the chest of a 17-year-old boy traveling with a group of illegal immigrants just north of the U.S.-Mexico border.

Border Patrol agents said late Monday they located the group about two miles north of the border after the sun set on Nov. 27. Some of the members were questioned and claimed to be part of the Central American caravan, federal officials said.

According to the teen, the toddler had been with her mother the night before. The mother “became tired and asked if one of the group members could carry her daughter,” the teen told authorities.

He then offered to carry the child while the mother rested.

When the group got to the U.S.-Mexico border, the toddler was still strapped to him. However, the group he was traveling with separated before crossing into the United States, and the teen claimed he couldn’t find the child’s mother.

After being stopped by federal officials, the little girl was taken to a local youth holding facility. She is currently in the custody of Immigration and Customs Enforcement as authorities try to locate her mother.

Border Patrol told Fox News late Tuesday afternoon: “At this time we do not have any updated information on the little girl, all of the information we have is in the press release.”

The news of the toddler comes as hundreds of other migrants marched for about two hours through the streets of Tijuana to the U.S. Consulate on Tuesday to fill out paperwork.

They started at 9 a.m., had police escorts, and reached their destination around 11 a.m. California time.

The situation unfolded south of the border around the same time President Trump got into a heated exchange with Democratic leaders Chuck Schumer and Nancy Pelosi over funding of the president’s border wall.

Arrests made at Love Knows No Borders protest

The president said he’s willing to let the government shut down — and take the blame — if Congress refuses to cave on the cash.

“If we don’t have border security, we’ll shut down the government,” Trump said during the televised tête-à-tête.

Tensions at the border have increased in recent weeks.

On Monday, U.S. federal authorities in San Diego arrested more than two dozen faith leaders marching toward Tijuana. The event was organized by a Quaker group as part of the weeklong “Love Knows No Borders” event. One activist was charged with assaulting an officer. Thirty others were cuffed, but then quickly released.

U.S. officials also announced Monday they will start withdrawing many of the active-duty troops that Trump ordered to the border in response to the caravan.

About 2,200 of the active duty troops are set to leave before the holidays. The move by the Trump administration to beef up the military just before the midterm election was viewed by some critics as a political stunt and a waste of military resources.

The Trump administration claimed it was a bold move needed to ensure safety at the border.