Female Met Police officer, 30, with ‘fiery temper’ weeps in dock as she avoids jail for pinning property landlord to the ground and assaulting him after he bit her

A Met Police officer with a ‘fiery temper’ has avoided jail after she pinned a man to the ground and assaulted him after he bit her, a court heard today.

PC Claudia Pastina, 30, was attending a police call when she confronted Augustine Amatta at an address in Brixton, southwest London, on February 19 last year.

Mr Amatta told Pastina that he was the landlord of the property in Brixton Road, but she doubted that he should have been there, Westminster Magistrates’ Court heard.

Body worn footage showed PC Pastina pinning Mr Amatta to the ground as she told him: ‘Stop kicking off. Listen, I’ll punch you in the f*****g face if you don’t shut up.

‘Guess what? You’re going straight to prison for three years. I don’t care who you are.’ 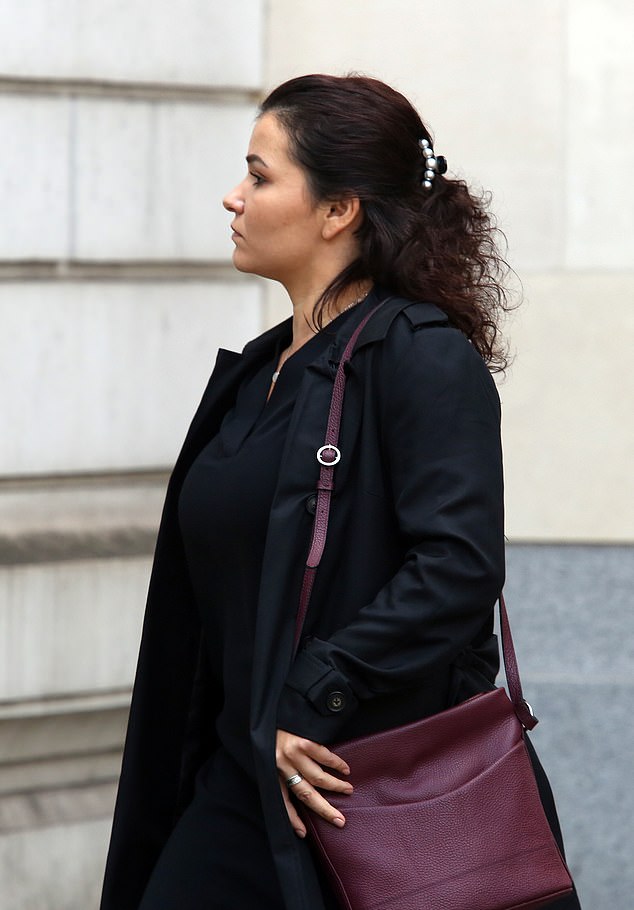 PC Claudia Pastina, 30, pinned Augustine Amatta to the ground and assaulted him after he bit her, a court heard today. Pictured, PC Pastina at Westminster Magistrates Court

Jordan Pratt, prosecuting, told the court: ‘You can strip this case back — she was angry and lost her temper and acted in the way she has.

‘You can see this is anger and frustration and annoyance because of the language used and the behaviour of the defendant.’

He said PC Pastina had the opportunity to hand over the arrest of Mr Amatta to a colleague but she chose not to walk away after the man bit her.

‘She made a conscious choice not to do that [walk away] because she was angry.

‘She’s not used to attending this type of call, but officer Pastina, on this body worn (footage) hits the man on the head.

‘It is a real risk that every time a police officer attends the scene of a crime, they could be assaulted.

‘However, this is not a civilian person, this is an officer who has elected to put herself in the line of fire.’

A report submitted to court described PC Pastina as having ‘a short and fiery temper’.

Mr Pratt said the police officer acted ‘wholly unreasonably’ and her actions amounted to ‘an abuse of power or a position of trust’. 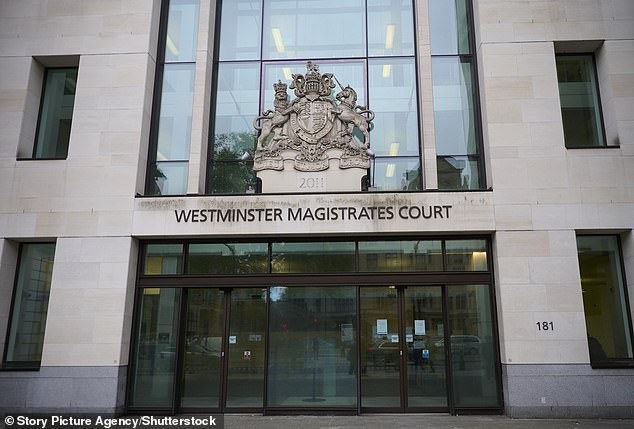 PC Pastina broke down in tears in the dock at Westminster Magistrates’ Court as she was sentenced to 16 weeks imprisonment suspended for two years. File image

Luke Ponte, defending, described PC Pastina as ‘thoughtful, conscientious and hardworking’ but conceded: ‘It may be difficult to reconcile what you have seen on the body worn footage’.

He told the court that she remains a serving police officer, but ‘inevitably she will face professional consequences as a result of her conviction’.

Mr Ponte said: ‘She apologises to the victim and the Metropolitan Police for her conduct.

‘It was an emergency call she was attending. The call was that Mr Amatta had been threatening individuals with a brick, he was behaving erratically throughout the incident.’

He claimed Mr Amatta bit another officer’s arm, through his shirt and attempts to talk to him had failed.

‘Of course officers must show restraint, but the exceptional feature is her psychiatric background. It was the first time that she had been assaulted in this gravity at work.’

District Judge Annabel Pilling told PC Pastina: ‘The body worn footage does not make for pleasant viewing. The officer I saw is not the officer I read about in the reports.

‘I saw an officer using appalling language filled with vitriol and it appeared that loss of temper got the better of her.

‘It is right that up until that point you were someone of good character, even exemplary character, but the flip-side is that makes it far worse.

‘Trying to control an erratic and potentially dangerous defendant, you crossed that line to a criminal offence.’

PC Pastina broke down in tears in the dock as she was sentenced to 16 weeks imprisonment suspended for two years.