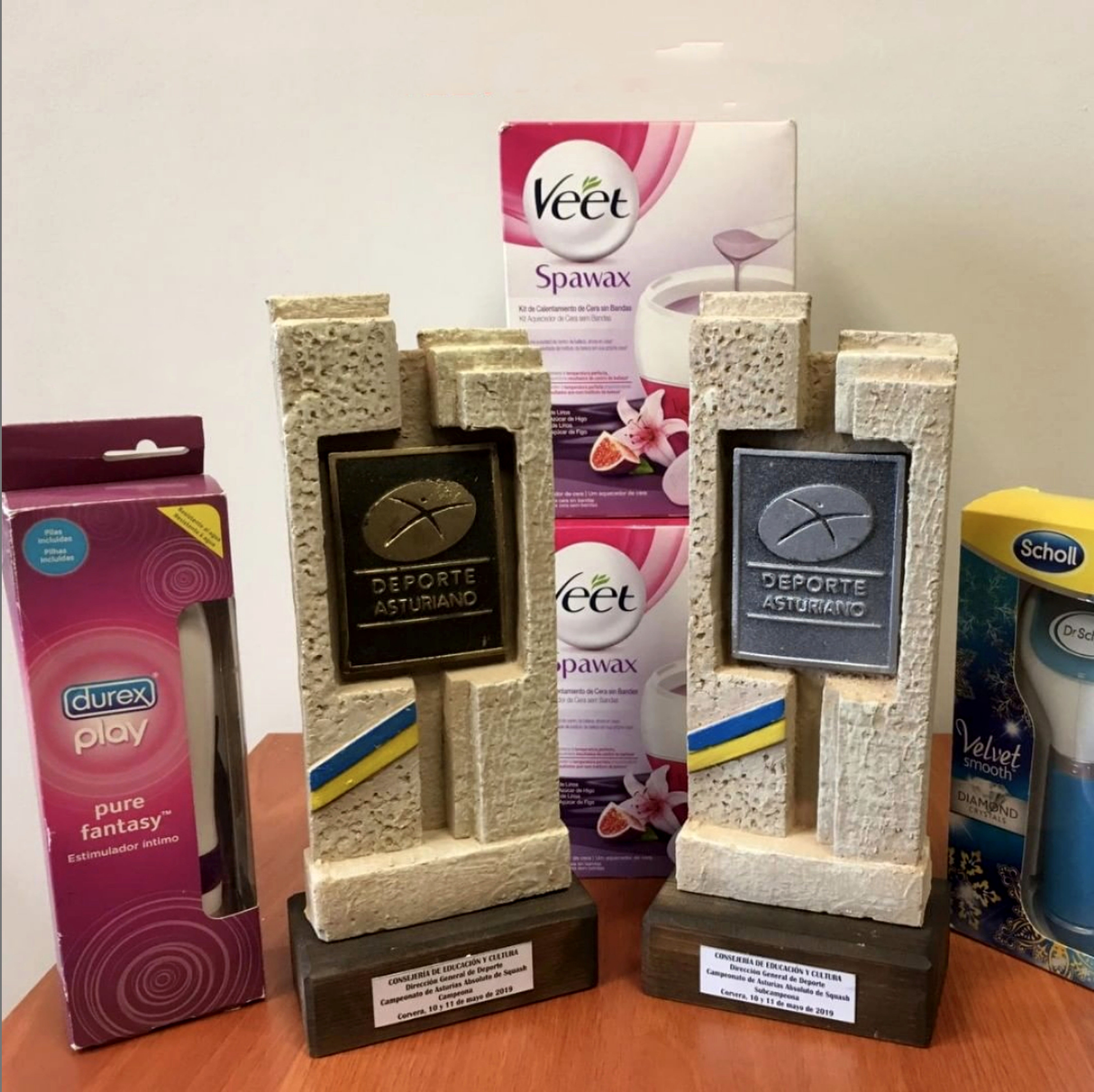 The scandal has already led to three resignations of people linked to the organisation of the yearly event including that of Squash Oviedo president Nacho Manzano.

This year, the tournament was held in Corvera near the northern Spanish city of Gijon.

The club, based in Oviedo in the province of Asturias, has apologised in writing but insisted there was no sexist intent.

But Maribel Toyos, a spokesman for the Asturias Squash Federation, said: “It’s the height of sexism. We had no idea the women were going to receive these gifts.

“It makes no sense for the club to apologise but at the same time say the gifts are not sexist.”

Mr Manzano told a local paper: “We feel terribly ashamed by what’s happened and we understand the gifts were not the appropriate ones but it was never our intention to offend anyone.”

The squash club at the centre of the scandal has also decided not to organise any more events this year.

Almudena Cueto, director of the Asturian Women’s Institute who has met the four players who complained about their presents to discuss the issue, said the organisation was unable to fine the club because legislation that would have enabled it to levy fines had not been approved.

She added: “They returned the gifts and decided to make a formal complaint so something like this would never happen.

The president of another regional organisation added: “Would the organisers have dreamed of gifting the men winners a male sex toy?

"I’m sure it didn’t even cross their minds.”