Hailing a hero: Firefighter who died from a brain tumor is given an emotional final escort through the hospital to the operating theater to donate his organs

A firefighter who died from a brain tumor was given his final escort through the hospital by his colleagues and pregnant wife on his way to donate his organs.

Cody Mooney was given the emotional send off by his fellow firefighters, dozens of family, friends and hospital staff through Littleton Adventist Hospital in Colorado.

The 31-year-old’s final salute saw two firefighters dressed in their full ceremonial uniform walk ahead of the hospital bed carrying Mooney’s body as staff and colleagues saluted their comrade.

His wife, Emily, who is expecting their fifth child later this month, held onto the side of his bed as he was taken through the hospital halls.

Mooney suddenly passed away from a brain tumor, which was discovered on his brainstem in 2017, on Saturday night. 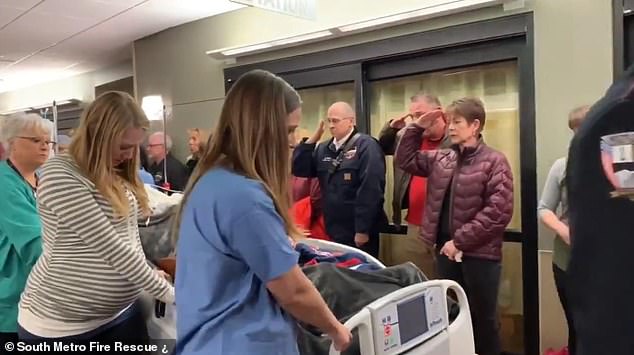 Cody Mooney was given a guard of honor by colleagues, staff and family, including his pregnant wife Emily (left) through the halls of Littleton Adventist Hospital in Colorado 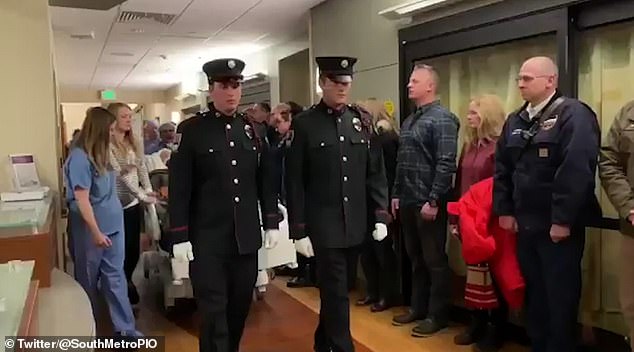 At the back of the possession was surgeons and doctors, followed Mooney’s body to the operating theater.

Video footage of his heart-wrenching final journey went viral on social media after his firehouse posted the clip online.

South Metro Fire Rescue in Denver tweeted: ‘Saving lives even after his last breath, firefighter Cody Mooney was honored by family, friends fellow firefighters and hospital staff @LittletonHosp tonight while being escorted to donate organs after losing his courages [sic] fight against an aggressive brain tumor.

‘At the young age of only 31 years old, Cody was taken from this world too soon. Firefighter Mooney leaves behind a beautiful family including his wife (who is expecting their fifth child in just a few weeks), as well as their other four children.’

Mooney was reportedly first diagnosed with a tumor growing on his brainstem in June 2017, and underwent his first surgery two weeks ago but suffered complications and lost his battle with the aggressive cancer. 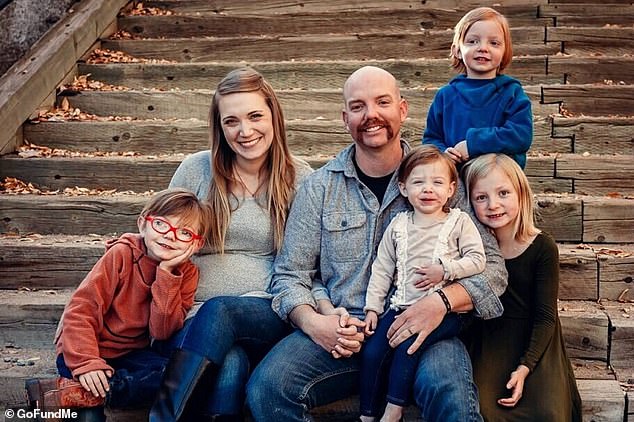 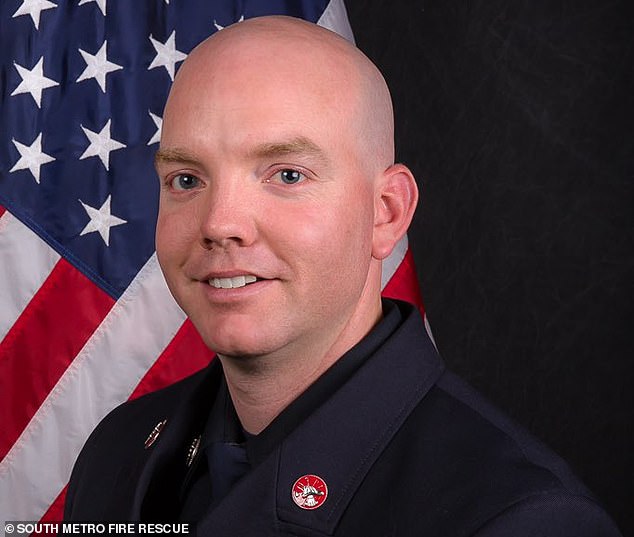 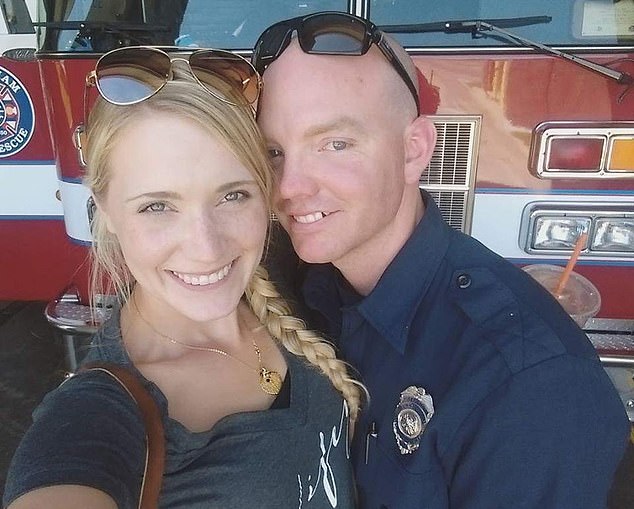 Mooney died suddenly on Saturday night after losing his battle with brain cancer. Pictured at his Denver firehouse with his wife Emily

Kevin Mooney, Cody’s father, told CBS Denver that his son ‘made us all better people by what he did and how he lived’.

He added: ‘He was the kind of guy, where if you showed up, he was your friend from the moment you met him.

In a post on GoFundMe his family said surgery was not an immediate option as the risk was over 60 per cent for a post-op deficit due to the location o f the tumor.

Sam Phelps, a fellow firefighter and close friend told the station: ‘The amount of people we’ve seen coming through the hospital is a testament to his character and who he was. He was the sole provider for his family.’