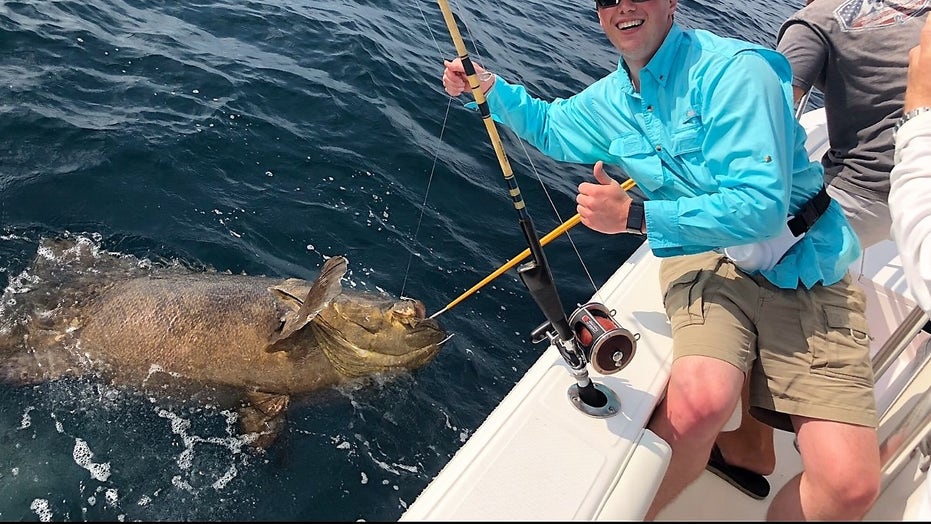 A group of fishermen from Louisiana were treated to the “trip of a lifetime” after catching an accurately named 350-pound goliath grouper off the coast of Florida last month. 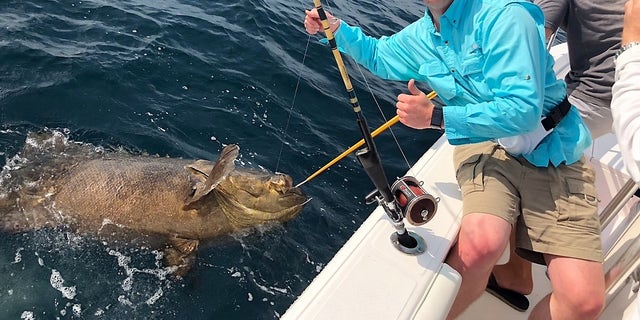 Captain Alex Hare of Silver King Charters of Destin took Hunter Waneck, Becca Peisker and Charlie Reagin out for a chartered fishing trip on June 28, but he tells Fox News he mainly expected to catch snapper and gag grouper.

"We had hooked a snapper and something ate the snapper on the way in," recalled Hare of the moment the grouper snagged Waneck's line. "We fought the fish for about 15 minutes, but we reeled it in and it was completely scaled."

Waneck dropped down again, in search of more snapper, and once again the fish took the bait.

“When he got the bite, he knew it was the grouper," Hare said. “I said OK, I think you just hooked that grouper again. Reel as fast as you can and lift up, and hope we can get the hook in that fish."

Forty-five minutes later, the fishermen reeled in the impressive fish and snapped photos with it alongside the boat.

“It was by far the biggest grouper I've ever caught. The biggest I’ve ever caught before that was 55 pounds," Capt. Hare told Fox News. "This one smoked that." 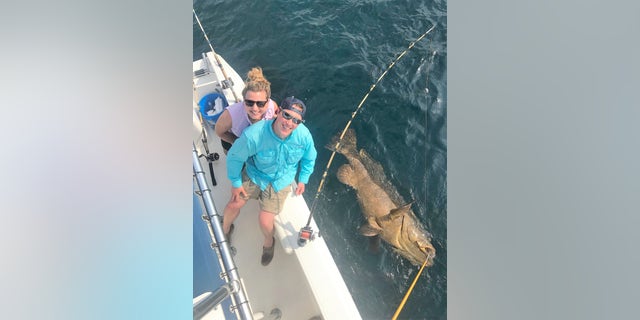 The crew later released the grouper back to the ocean, in accordance with the Florida Fish and Wildlife Conservation Commission, which prohibits harvesting – or even removing – goliath grouper from the water.

However, according to Captain Mike Parker, the owner of Silver King Charters, the group came back with something arguably better: a story they'll never forget.

“To see a young man catch a fish of a lifetime like that, with his customers, is a great experience,” Capt. Parker told Fox News.

“I’ve never seen people so excited in my life as those folks that got off the boat after they caught that monster fish.” 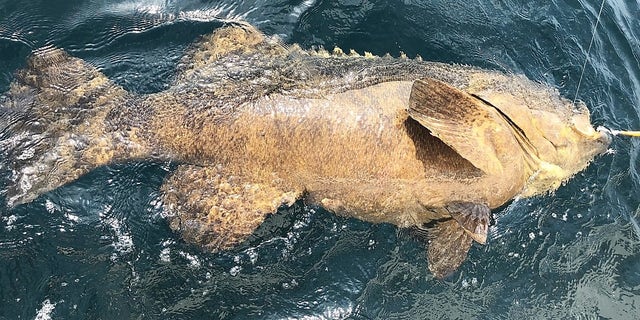 As Hare tells Fox News, however, the goliath grouper wasn't the most impressive catch he's personally seen. Instead, that honor goes to a 100-pound tuna he managed to gaff off a dock in Islamorada, Fla., back in 2014.

“Both [that and the grouper] are pretty dang cool, but I don’t know anyone that’s ever caught a tuna like that before," he said.