BURGLARS have countless crafty ways of identifying their next targets.

From creepy chalk markings to a tin of kidney beans, here are five tricks to look out for to keep your home and belongings safe. 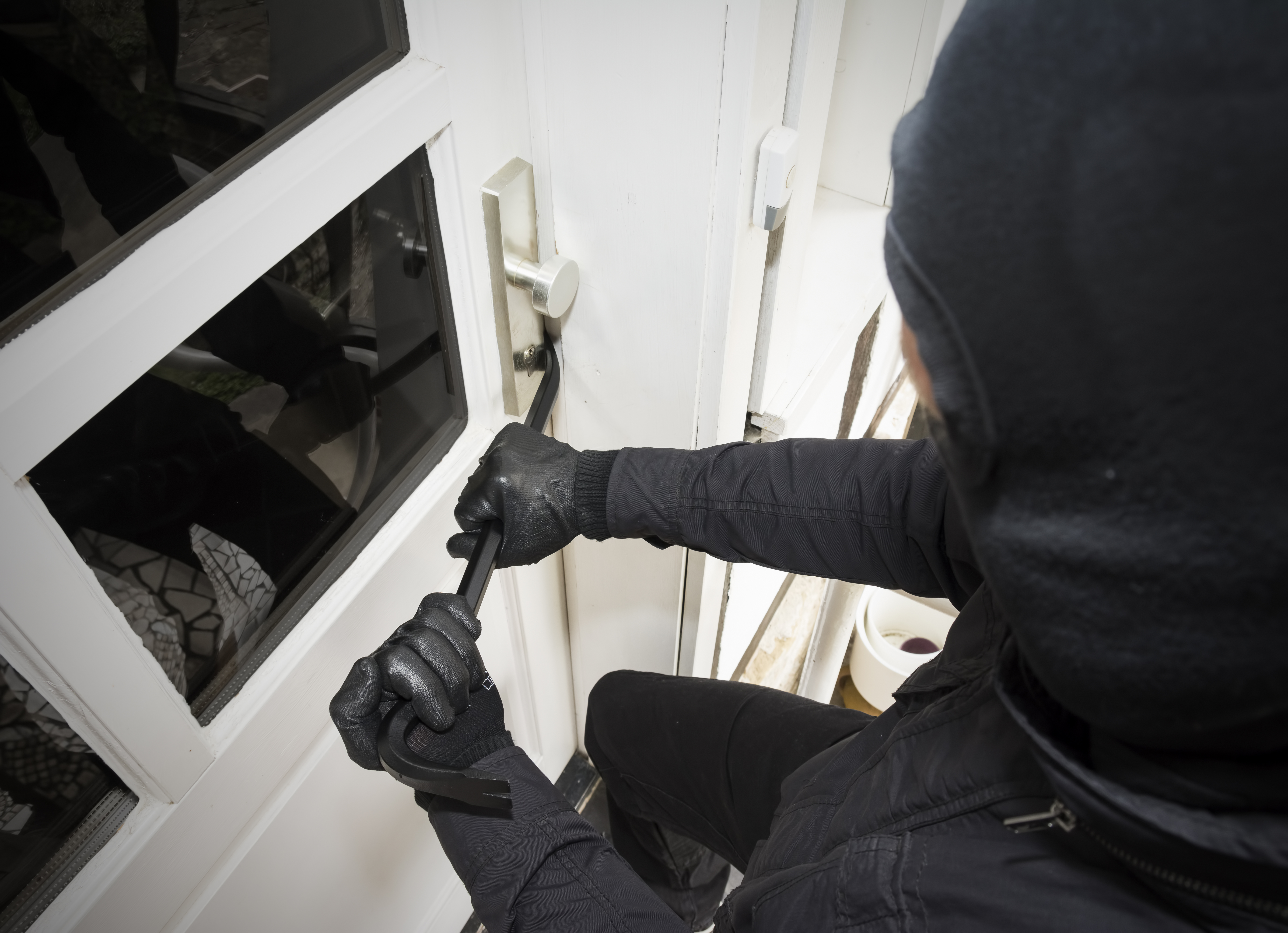 Chalk markings on the pavement or wall outside a house is an old-school method of picking out a potential victim.

A triangle, for example, indicates a single woman lives at a property alone, while a circle is a promising target.

Vertical lines often implies there are valuables inside, and a circle with a line through means the house should be avoided as there could be security cameras or an alarm.

Other markings include the letter 'M' which indicates the home is best targeted in the morning, and 'N' means burglars are best to strike at night.

Dumping a tin of kidney beans on your front doorstep is another way burglars canidentify you as a potential target.

The clever tactic sees crooks monitor whether the mess is cleared up over the coming hours and days.

If not, then it is likely that you are not home and the house is, in their eyes, fair game.

It is especially sneaky as neighbours might assume it was an accident while bringing the shopping in, or kids just messing around.

When you have lived somewhere for a while, it quickly becomes noticeable if there is a new car on the street.

It may be that your neighbour has simply got a new motor, but if it becomes clear this is not the case, it could be someone scoping out your property.

Take particular notice if the person doesn't leave their vehicle, or regularly parks outside your house specifically.

If you are able to, take note of any registration plates you think might be suspicious.

Another sad but increasingly common strategy to catch you when your guard is down is faking an emergency.

Be very careful if a stranger knocks on your door asking for urgent help as burglars are known for taking advantage of kindness.

It could be that their car has broken door or they really need to charge their phone, but remain vigilant.

While it was once very common, salespeople now rarely come knocking at your door.

If you see a sudden spike in people trying to flog you things at home, it is wise to be weary.

It could be that the people trying to sell you stuff is actually scoping our your property for potential loot.

The same goes for anyone offering a service such as window cleaning or roof repairs.

And if someone asks to actually enter your home, there is no harm in asking for some form of official ID.

WHY SHOULD I DO IF I THINK I’M A TARGET?

Security expert Robin Knox also shared some tips on what to do if you think you have been or are going to be burgled.

The list was compiled by home security expert Robin Knox, of boundary.co.uk, after the clocks changed bringing shorter days.

He said: "For intruders, the clocks going back means one thing; more hours of darkness. This means more opportunities to break-in without being seen.

"Burglaries typically rise by 15 per cent in October and November as the dark nights set in and so having a visible smart home security system is the most powerful deterrent.

“61 per cent of burglaries take place between the hours of 6pm and 6am, which during the winter months are often pitch black, giving thieves a clear window to target a home."