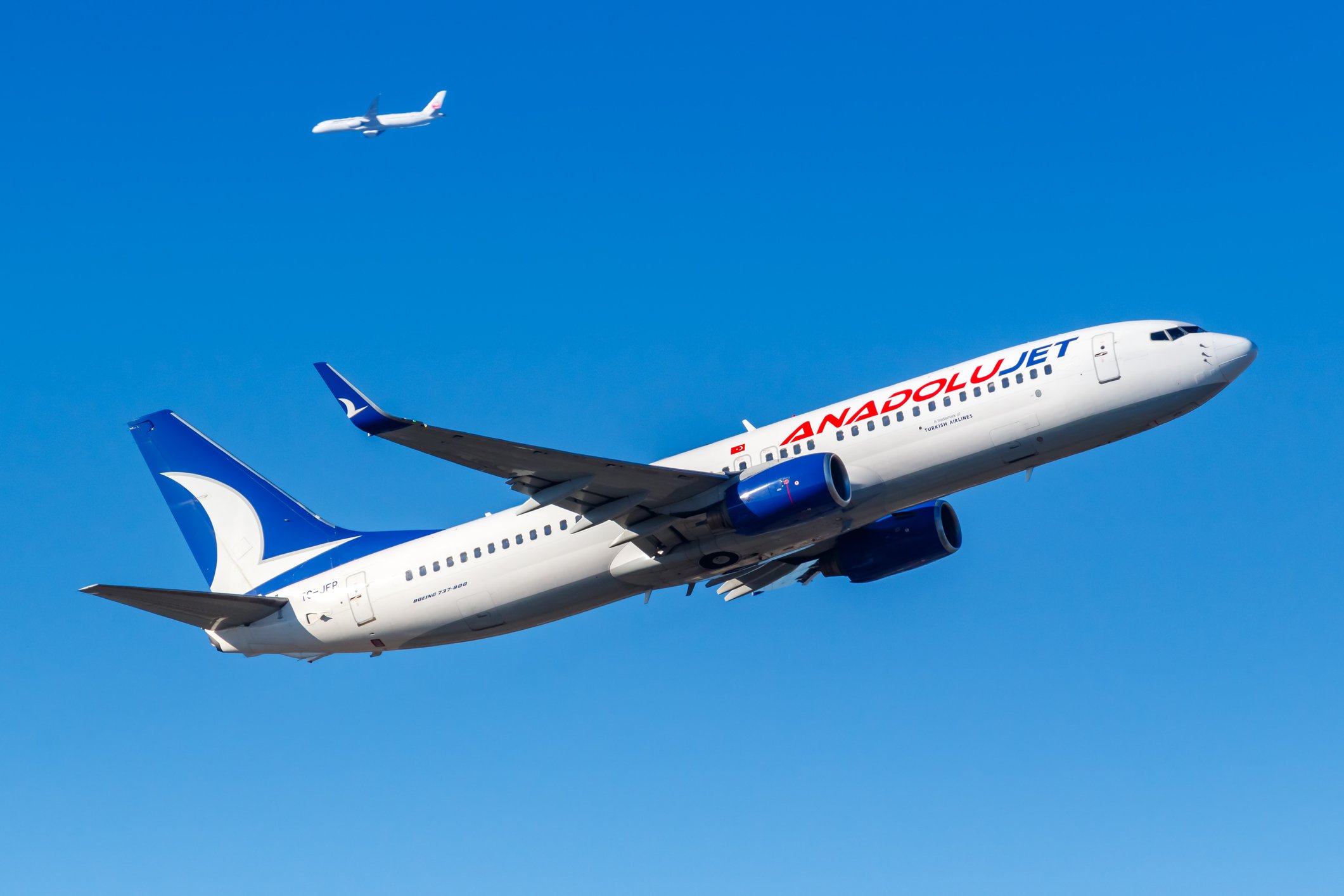 An airliner had to abandon take-off after horrified passengers were mysteriously sent images of a plane crashing.

Pictures popped up on phones as the aircraft was preparing to fly from Tel Aviv’s Ben Gurion Airport on Tuesday.

One passenger revealed the cruel cyber prank caused passengers to pass out with fright.

Israeli authorities believe the AirDrop function on Apple phones was used to send the images.

Nine passengers were detained and are suspected of bombarding others on the flight with unsettling pictures.

They were removed from the plane and face being prosecuted for disseminating false information.

Under Israeli law, each of the nine face up to three years in prison.

The AnadoluJet service – a Turkish airline – was bound for Istanbul at the time.

Ofer Lefler, spokesman for the Israel Airports Authority, said: ‘I am sure the police and the security authorities will find out why they (the suspects) did it.’

He commended the pilot for making the ‘right call’ to abandon the flight and return to gate due to alarm among passengers.

One woman aboard, identified only as Diana, told Channel 12: ‘One woman fainted, another had a panic attack.’

The plane eventually took off several hours late after additional security checks had been carried out on the aircraft, luggage and passengers.