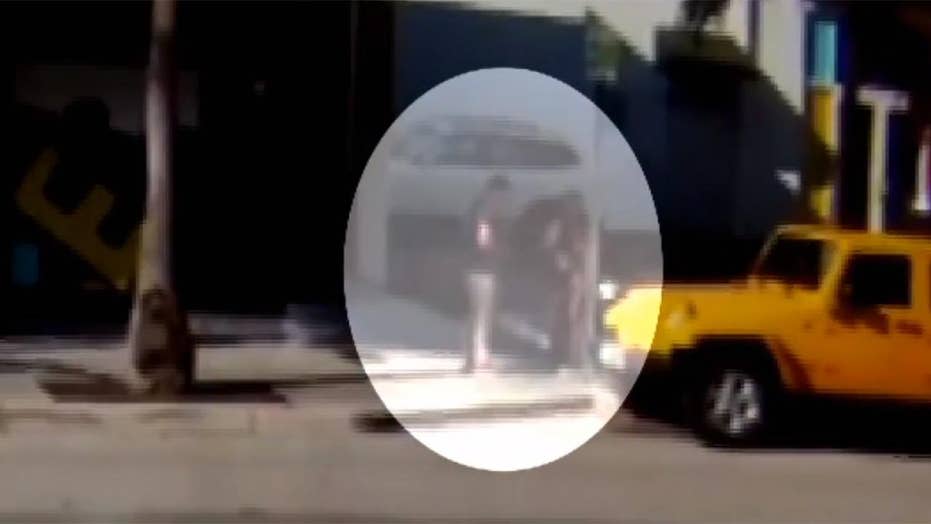 Miami police on Monday arrested a woman who allegedly kidnapped a 6-year-old from an art gallery last week — in a dramatic scene caught on video.

Katherine E. Hatcher, 50, was arrested and charged with kidnapping after police said she walked out of Swampspace Gallery on March 4.

The unidentified boy was at the gallery to visit the owner, Oliver Sanchez, and his daughter when he saw Hatcher walk into the gallery from the back, WSVN reported citing investigators.

Sanchez said he asked the “disheveled” woman to leave — and when she did, he said she took the 6-year-old by the arm and left with him, claiming she was his family.

Sanchez said something didn’t seem right so he followed Hatcher for about a half-block where he proceeded to ask the boy how he knew her.

Once the boy said he didn’t, Sanchez told WSVN that he broke Hatcher’s grip, grabbed him and walked away.

Miami police released surveillance video of the suspect on Monday asking the public’s help to identify her. A tip leading to her arrest came later that same day.

Hatcher lived at the Camillus House, a local nonprofit that cares for the homeless, the Miami Herald reported.