St. Petersburg police in Florida responding to the scene of a shooting Saturday evening found a 27-year-old mom dead inside her vehicle and her two children still alive and “terrified.” 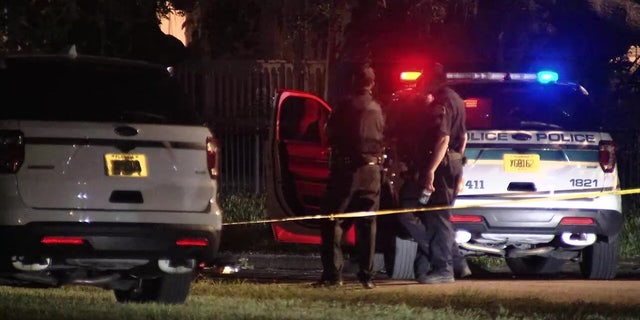 Police at the scene of a shooting in St. Petersburg, Fla.
(FOX 13)

Department spokeswoman Sandra Bentil told Fox News that officers arrived on scene and found Joana Peca “deceased inside her vehicle, suffering from what appears to be an apparent gunshot wound.”

Peca’s two young children were inside the vehicle. They were “unharmed, but terrified,” Bentil said.

No suspects have been arrested in connection with the shooting, Bentil said. An investigation is ongoing.

Investigators are asking anyone with information on the shooting to call the St. Petersburg police at 727-893-7780.