This is the moment a violent fist-fight between two groups of men erupts in a residential street in Blackburn in broad daylight.

The brawl starts on the pavement and then moves to the street, where the furious men can be seen throwing punches to each other and blocking traffic.

The fight takes place in front of of several stunned members of the public. 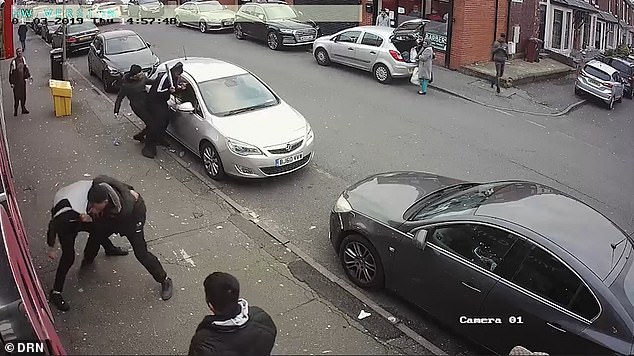 The fight between the two groups of men, which was captured on CCTV, erupted in a residential area in Blackburn

The video shows two groups of men grappling and throwing punches at each other in front of several bystanders.

One man holds a rival’s head while another punches him before running away.

A man wearing a wool hat can be seen punching a rival who tries to fend him off with a baseball bat in front of a parked car.

The scenes were captured on CCTV in New Bank Road, Blackburn, Lancashire.

The footage emerged on social media yesterday and has been seen more than 20,000 times.

The man then breaks off his attack to help a friend being pinned down on the tarmac by a rival.

Bystanders finally intervene once the men seem to have calmed down. 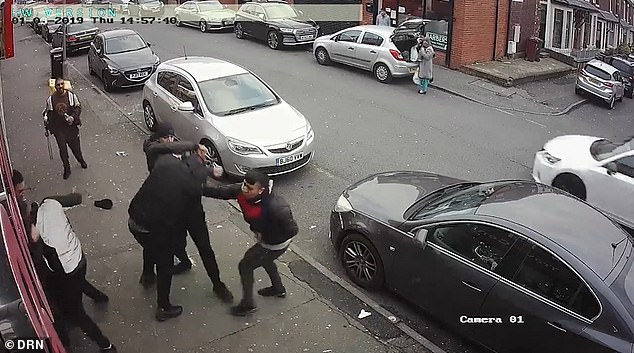 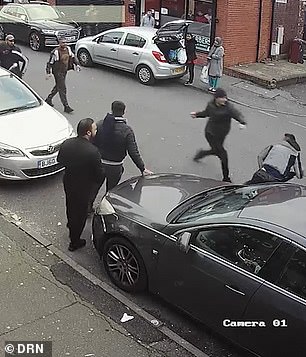 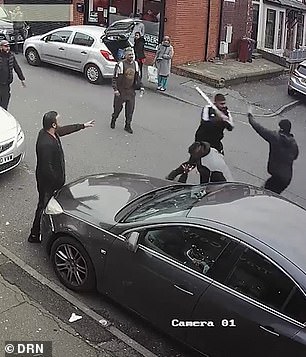 Social media users were horrified by the footage published.

Marie Renton said: ‘Shame on you all, acting like thugs.’

Shahid Maqsood wrote: ‘I was expecting them to get run over by a truck or a car while they were fighting in the middle of the road.’

Mrhafz Ahmad added: ‘A law needs to be introduced. Anyone doing this has to serve in the Army. Let’s see how gangster they feel after two days.’ 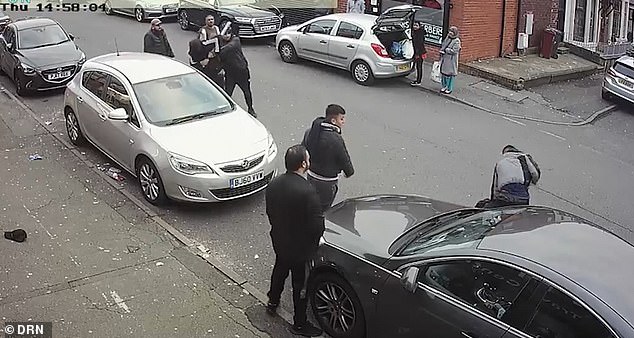 The footage, which emerged on social media yesterday, was seen more than 20,000 times