Mesmerising footage shows a sea of ‘ice pancakes’ of all different sizes covering a river in the Scottish Highlands.

The ‘rare phenomenon’ on the River Helmsdale was such a spectacle that it prompted a group of binmen to pull over and take in the unusual view.

Binman and nature photographer Daniel Norrie, 31, took photos and video of ‘ice pancakes’ that are caused when pieces of ice knock together and create circular shapes.

Daniel had been driving through Strath of Kildonan, Scotland, on Wednesday when he spotted the sight from his window while working. 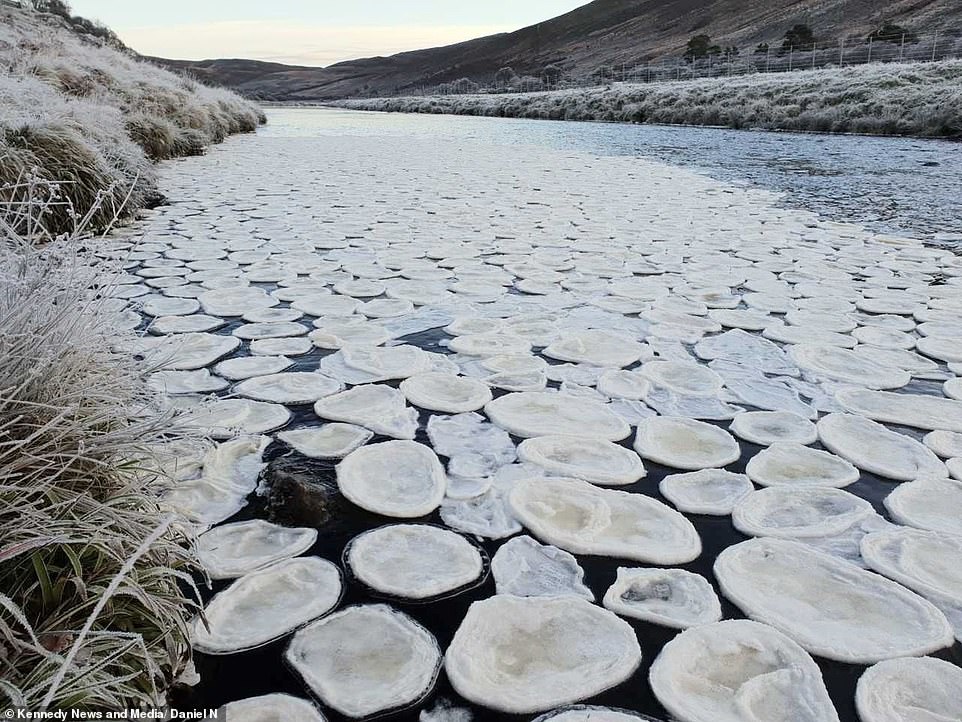 Dozens of the rare ‘ice pancakes’ were spotted on the River Helmsdale in the Strath of Kildonan, Scotland, by Daniel Norrie

So interested by what he had seen, he asked his colleague to pull over so he could snap the beautiful river as he’d never seen anything like it before.

Mr Norrie, from Brora, Scotland, said: ‘After we’d driven past these strange-looking things, I asked the driver if we could stop briefly so I could have a look at what they were.

‘I was just so puzzled and interested by them, then I learnt they were called ice pancakes. I think they look more like prawn crackers than pancakes.

‘I regularly take pictures of sunrises in winter, and I’ve definitely taken nicer pictures before but nothing as unique as this.’

Mr Norrie, who regularly takes pictures of winter sunrises while on the job, admits these images are his best yet. 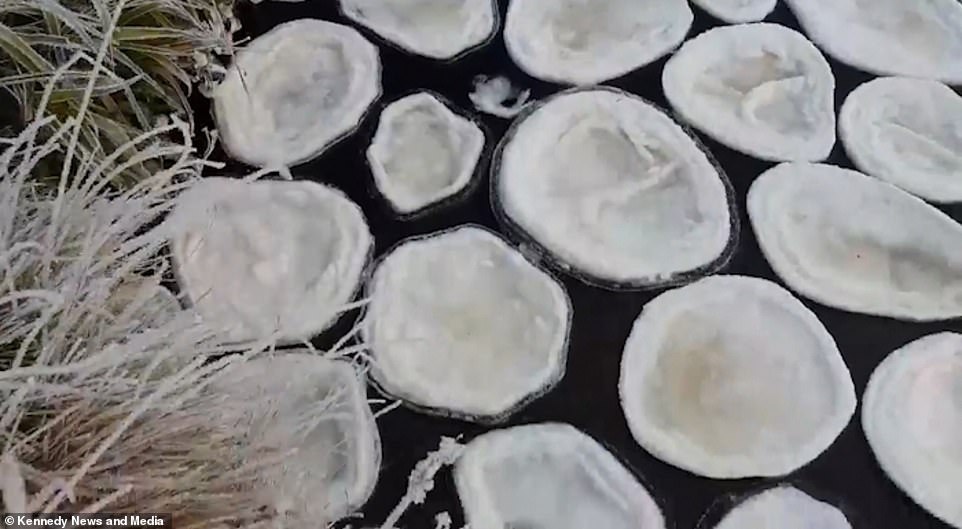 The pancakes sit on top of the water, are all different sizes and form when the weather gets very cold 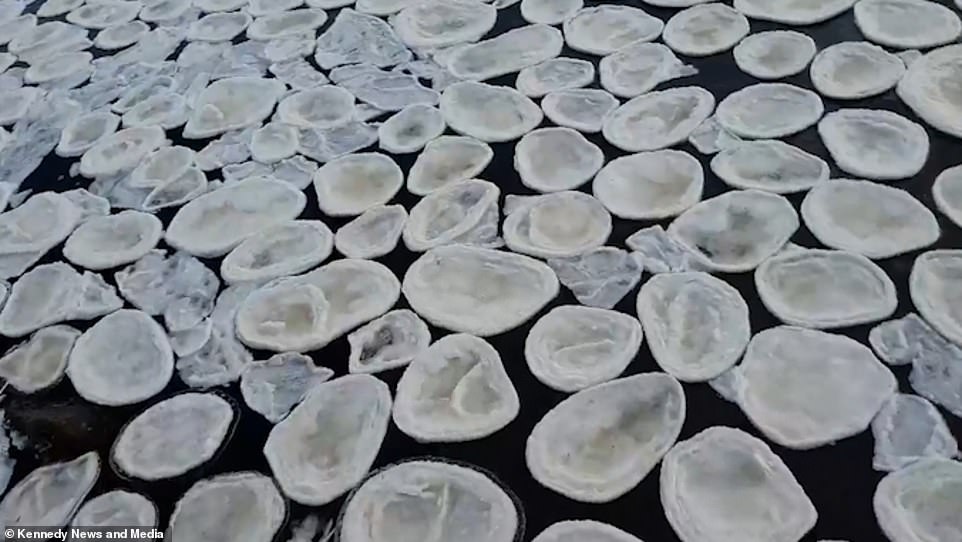 According to the Met Office, ice pancakes require very specific conditions to form and are most commonly seen in the Baltic Sea, but can also form in North America and Canada.

The discs formed can measure anywhere between eight and 80 inches and are described as a ‘unique spectacle.’

Whilst ice pancakes look like solid discs, they are often quite slushy and easily break apart when lifted up.

On rivers the pancakes form when foam begins to freeze and then joins together and as they are sucked into an eddy (a swirling current of water) and a circular shape is made, says the Met Office.

Mr Norrie said: ‘I went down river bank to have a look as I had never seen these before. It was clearly ice but I couldn’t figure out how the ‘pancakes’ had formed so I had to do some research.

‘I had no idea they were so rare, I’d never seen anything like them. As far as I’ve read, they’re caused by foam freezing and bouncing off other bits of frozen foam.’