Forcing grannies to dip into their purses could damage the BBC beyond repair, says former Radio 5 Live controller ROGER MOSEY

Once again, the BBC is mired in a mess about money. This time, however, it’s not over the sums paid to many of its stars and managers.

It is about the continued existence of free licences for over-75s which, if they are retained, will from next year deny hundreds of millions of pounds to the Corporation.

This simmering row over free licences was largely created by George Osborne when he was Chancellor of the Exchequer.

He agreed a financial settlement with the Beeb in 2015 which gave them quite a lot of what they wanted: an increase in their fees based on inflation, and an end to a loophole whereby using the iPlayer didn’t need a licence.

But he also lobbed a timebomb into the agreement. The BBC, not the government, would ultimately be responsible for deciding if over-75s continued to have a free TV licence — at an eye-watering cost of £745 million each year. 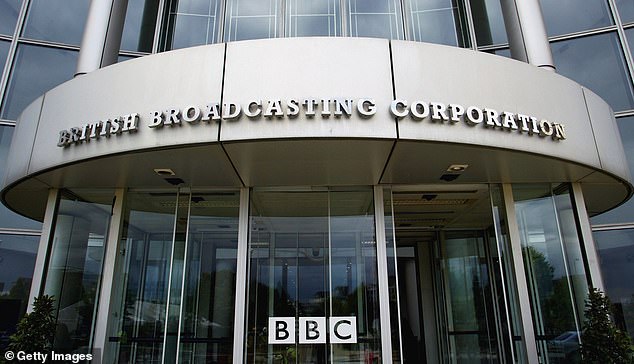 The BBC is mired in a mess about money over the continued existence of free licences for the over-75s, risking having to save around £800 million in two or three years’ time

Osborne’s intention was that any blame for whipping away the free licence might stick to the BBC and not the Conservatives — and he also managed to chip away a chunk of public spending.

What was a major surprise to observers at the time was that the BBC accepted this deal, with senior voices saying it would leave the Corporation ‘slightly ahead’ financially by 2020-21.

Yet now we’re getting close to that point, the Corporation’s tune has changed, and it risks being in the middle of a cost-cutting exercise to save around £800 million in two or three years’ time.

Indeed, the broadcaster’s director-general Tony Hall has set out a blood-curdlingly long list of all the services covered by that sort of money, saying it’s the equivalent of what it spends on BBC Two, BBC Three, BBC Four, the BBC News Channel, CBBC and CBeebies.

That is why a consultation has been launched to assess the public mood for reducing the benefits of free licences for the elderly. 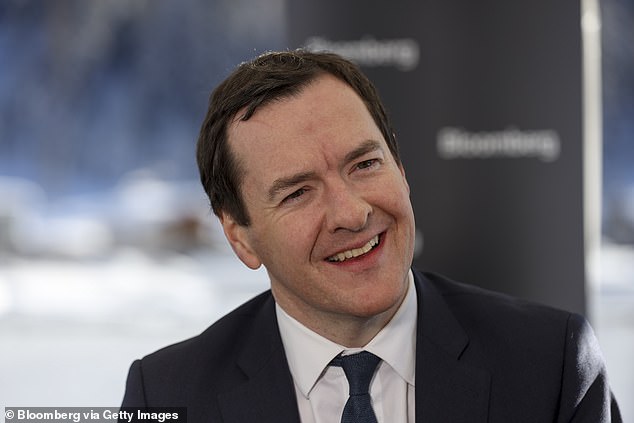 The Corporation argues that, to save Auntie, grannies will need to dig into their purses.

To give the BBC its due, there is a decent argument to be made about fairness between the generations.

Older people are vastly more likely to consume BBC services. They get good value from them, and will typically watch television for around four hours a day.

The average age for both BBC One and BBC Two is now well over 60: it’s the elderly who are most attached to traditional television channels, and therefore it’s not unreasonable to expect them to make a contribution.

Except, of course, that many pensioners are on low incomes, and Gordon Brown and others are right to draw attention to the consequences of the BBC deciding to charge older people to use its services. 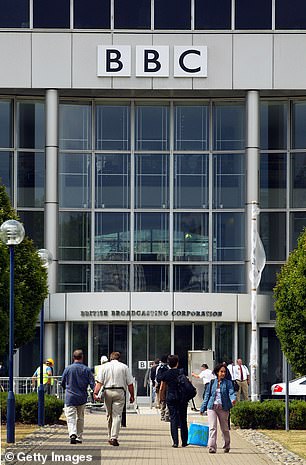 If the elderly can’t afford to pay for a licence the BBC chooses to impose, are they really going to be pursued — up to and including sending them to prison — for enjoying what may be one of their few sources of entertainment and companionship?

The Corporation has been briefing that it’s in the market for a compromise, which may involve a gradual raising of the age limit at which licences become free, or some means-testing of the ability to pay.

But this risks putting the BBC into the position of needing data about which of the elderly are on pension credits and might therefore qualify for a free licence — which, says Gordon Brown, makes it a civil liberties issue.

But what makes the current row more acute for the BBC is that the flip side of its audience success with the elderly is that it is losing younger viewers at an alarming rate.

The Corporation said recently that consumption of BBC output by younger audiences has dropped by more than a third from 11.5 hours a week to 7.5 — less than Spotify and YouTube, which together occupy young people for around eight hours a week.

I spotted this trend two or three years ago with the students I meet, who find there’s everything they want on Netflix — plenty of great American series and a fair amount of acquired British content — at roughly half the price of a BBC iPlayer full of programmes that their parents enjoy.

In other words, the burden of paying for the BBC is increasingly falling on younger people who don’t want it very much. The Beeb even suggested in a recruitment video this week that young people see the national broadcaster as similar to the Duchess of Cambridge: ‘nice, posh but not relevant to them’.

The BBC must, however, shoulder some of the responsibility for what’s happened.

A few years ago, there was an idea around that the Corporation should try to save money by merging BBC Two and BBC Four to create a high-quality factual and documentary channel — but it was discarded in favour of a plan to shut BBC Three as a television service, which was the only part of the television portfolio squarely aimed at young people.

BBC One, meanwhile, has continued with a programme mix — antiques, quizzes and long-runners like Casualty — that has reinforced its ageing profile.

The Corporation also retains an ability to shoot itself in the foot.

I declare an interest here as a formerly very well-paid BBC executive, but every insider I spoke to was astonished that the current period of consultation on OAP licences was chosen by the BBC to announce a major pay boost for some managers. 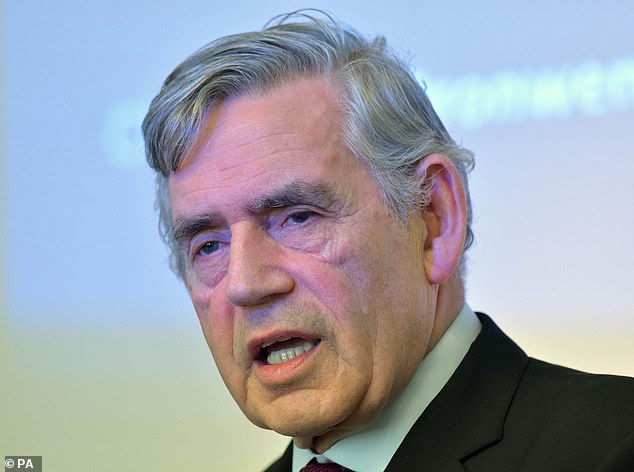 Former prime minister, Gordon Brown, says the BBC holding data on which elderly people are on pension credits is a civil liberties issue

In the overall scheme of things, with a total budget of £5 billion a year, this is only the tiniest fraction of the BBC’s income; but the symbolism is unhelpful to its cause.

This brings us to the heart of the dilemma.

At its best, the BBC is a great asset to the country. With commercial stations’ budgets under pressure, we need a guarantee that excellent British content is available to people in the UK; and nobody here should want global domination by the data-hungry American giants.

But the question is whether this shoring up of the BBC is best achieved by potentially targeting older and more vulnerable audiences and asking them to pay the licence fee. In my view, it doesn’t follow that the success of Netflix should mean a 90-year-old pensioner living alone should in future have to fork out £154.50 a year.

Equally, it is incumbent on the BBC to make itself more appealing to younger and more diverse audiences.

If the Corporation gets this wrong, consent for the licence fee could crumble.

Older audiences will resent losing their free access to BBC television; and if viewing figures continue in freefall then the population more widely will question whether they’re getting value for money.

The licence fee has always been the least worst way of funding public service broadcasting, and in an era of fake news some of its values are needed more than ever.

But the stakes are high and it will be a test of the BBC’s survival skills if it’s to get through this row unscathed.