A forensic scientist has told how pig skin was used to test the theory that the body of Jeremy Bamber’s father was moved by police before official photographs were taken at the scene of the notorious White House Farm murders.

Bamber is serving a whole-life term for the killings of his adoptive parents Nevill and June Bamber, both 61, his adoptive sister Sheila Caffell, 28, and her six-year-old twins.

The whole family were shot at their Essex farm house on August 7, 1985, and Bamber was convicted of their murders. He continues to protest his innocence.

Nevill Bamber was found with burn marks on his back that police and the trial judge believed had been inflicted by the hot end of a rifle, suggesting that Bamber tortured his family before killing them.

But, speaking in a video clip that was sent to MailOnline by film maker Matt Harris, who is making a documentary about the case, expert Philip Boyce told how a test he helped carry out cast doubt on the official explanation for the burn marks. 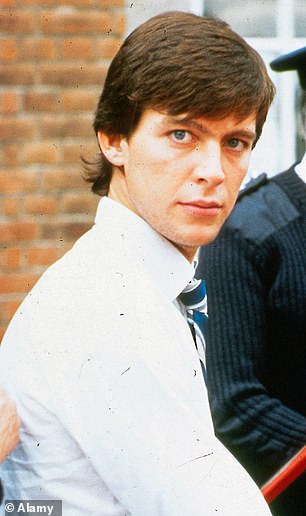 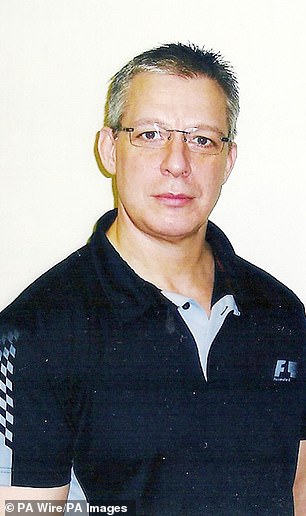 Jeremy Bamber (pictured left after his arrest and right from prison) was found guilty of murdering his adoptive parents, sister and her twins White House Farm in Essex on August 7, 1985

Mr Boyce, who has 30 years’ experience on high-profile investigations, was testing the theory that the burns may have been caused by Mr Bamber’s back being pressed against the handles of the hot Aga oven after he had been shot.

Mr Harris discovered that the Bamber Aga was the same one owned by his parents-in-law in Sussex, and so they carried out tests at their home.

Speaking in the video clip on the day of the test, Mr Boyce said: ‘Based on what I’ve actually done today using pig skin and effectively burning pig skin against the front of the Aga, there is the definite possibility that the burn marks on Nevill’s back could have been made with the Aga.

‘It is every important in that it actually shows that there’s a possibility that Nevill Bamber’s body was actually physically moved after the police actually arrived at the scene.

‘And effectively the evidence was changed, for want of a better word.’

If the theory is correct, it could mean Mr Bamber’s body was physically moved by police.

In pictures shown to the trial jury at Chelmsford Crown Court in 1986, Nevill is seen slumped over an overturned chair in the kitchen, having been shot.

Mr Boyce has also compiled a report report which has been submitted to the Criminal Cases Review Commission. 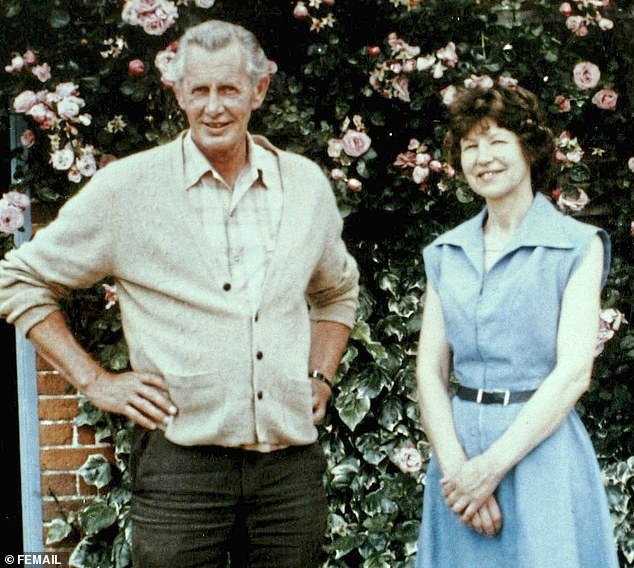 Bamber killed his adoptive parents Nevill and June, both 61, along with Shelia and her six-year-old twins Daniel and Nicholas 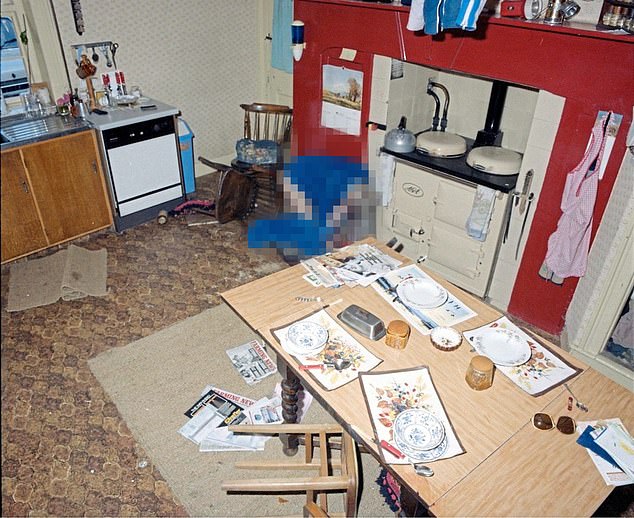 Nevill Bamber was found with burn marks on his body that police and the trial judge believed had been inflicted by the hot end of a rifle, suggesting that Bamber tortured his family before killing them. Above: The crime scene photo showing Mr Bamber slumped over a chair next to the Aga 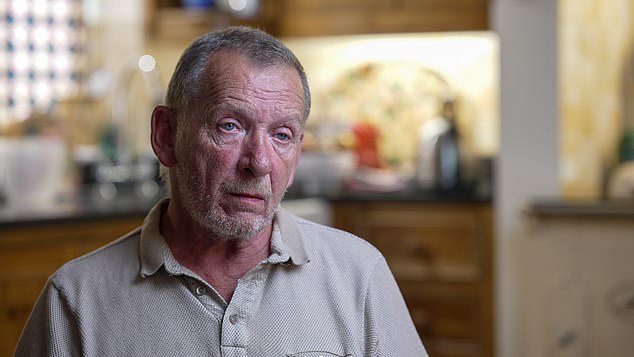 Speaking in a video clip that was sent to MailOnline by film maker Matt Harris, who is making a documentary about the case, expert Philip Boyce (above) told how a test he helped carry out cast doubt on the official explanation for the burn marks

Speaking of the burns, it states: ‘This could indicate that Nevill Bamber’s body had been moved somehow to the position he was photographed in after he was burned by the Aga.

Filmmaker Mr Harris has been following the Bamber case for around a year.

He said the theory about the Aga came after speaking to Bamber himself, and he then discovered how his wife’s parents’ oven is the same model as the one at White House Farm.

‘That came about from speaking to Jeremy, he mentioned the word Aga, his campaign team talked about it,’ he told MailOnline.

‘About two weeks later I was dropping the dogs off at my in laws and discovered they had the same Aga that was at White House Farm.’

He added: ‘It was serendipitous really, who would have thought that they would have exactly the same Aga? It is 50 years old, and difficult to find.

Asked why he is making a film about the case, Mr Harris said his initial interest was sparked by the 2020 ITV drama about the case.

He said he has since corresponded extensively with Bamber himself. 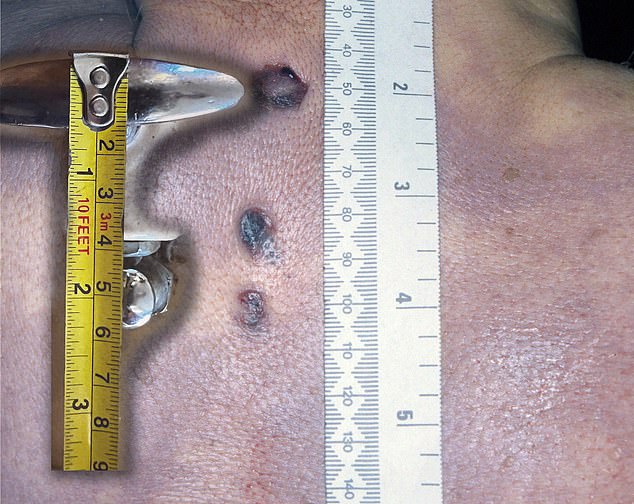 Nevill Bamber was found with burn marks on his back that police and the trial judge believed had been inflicted by the hot end of a rifle, suggesting that Bamber tortured his family before killing them. Above: The marks on Mr Bamber’s back are seen with the age handle superimposed next to them 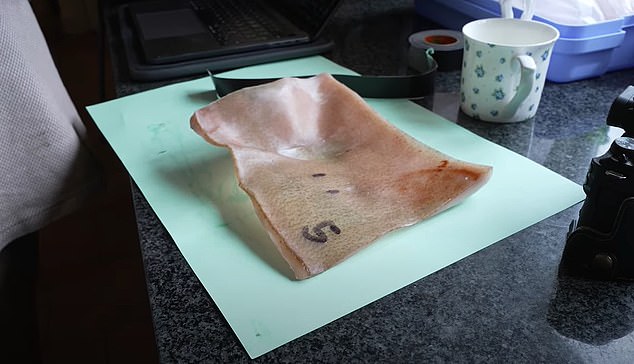 ‘I remember everyone talking about the case, I watched the drama and thought it makes no sense, that no one would kill their family like this,’ he said.

‘The more I looked at archive footage, the more I thought he reminded me of my mates at school. I just thought I don’t buy it.

‘And then I spent six months looking into it, speaking to the campaign team and then started having correspondence with him.’

Speaking to the Mail on Sunday, Mr Harris had also highlighted how an image showing Nevill Bamber’s body also reveals that the kitchen door is closed and has two chairs in front of it. 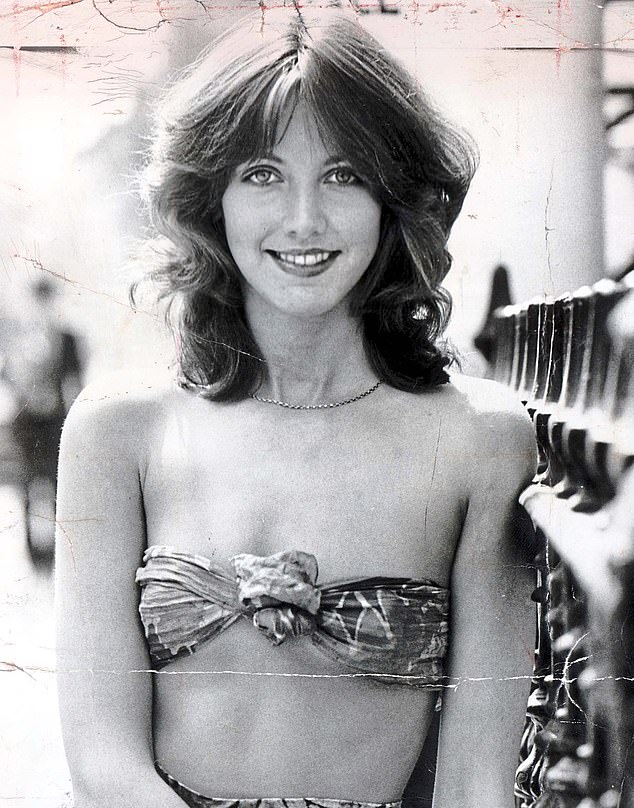 Bamber has always said he is innocent and that Sheila (pictured), a paranoid schizophrenic, carried out the murders before shooting herself 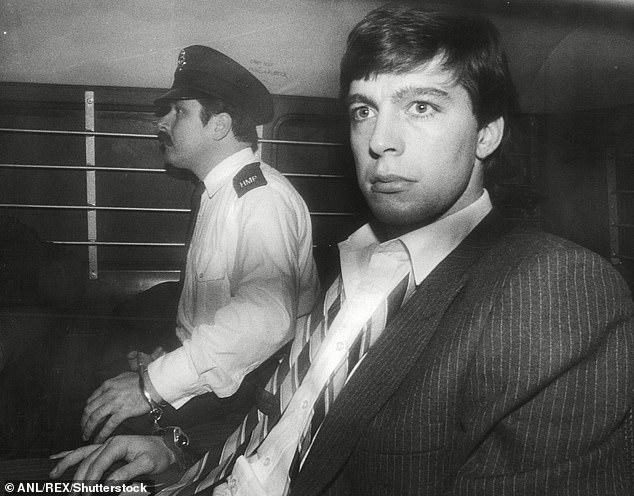 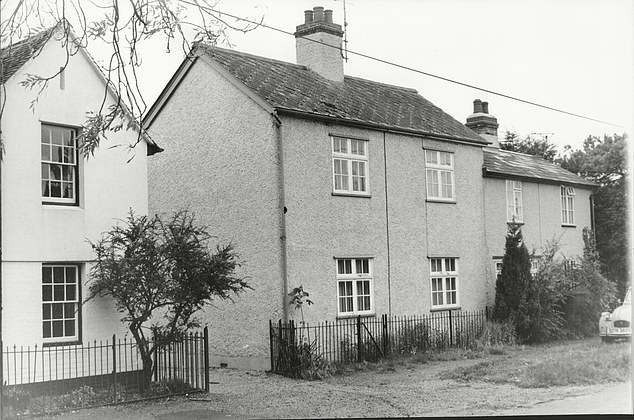 White House Farm at Tolleshunt D’Arcy, near Maldon, in Essex 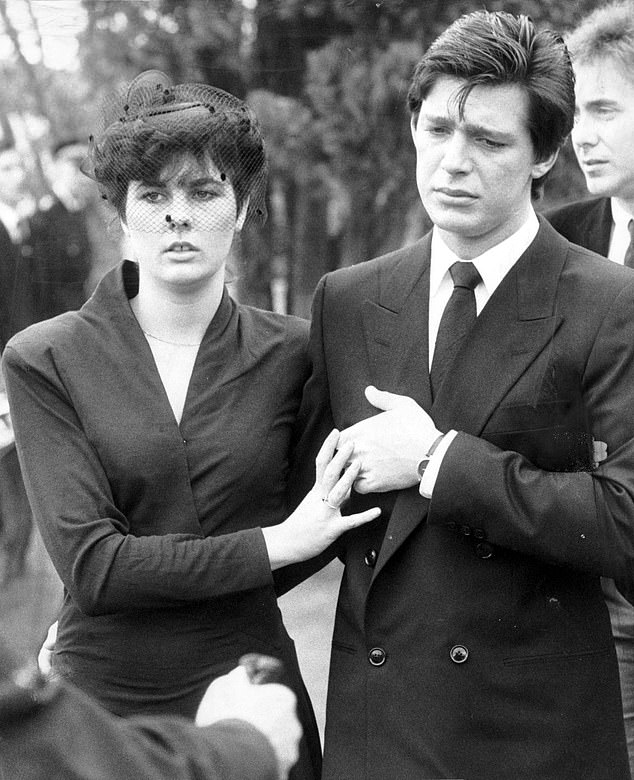 ‘This is the only door leading into the kitchen from outside, and this is where Essex Police entered… [they] were the only people who went into White House Farm that day and could have closed that door and placed those chairs in that way.’

Speaking on Saturday from HMP Wakefield, Bamber said: ‘To restage the crime scene is a moral sin.

‘These things should have been explored 37 years ago. It’s not a case of me proving or getting out on a technicality. I would like to prove my innocence through facts.’

He has always said he is innocent and that Sheila, a paranoid schizophrenic, carried out the murders before shooting herself

The brutal murder of two angelic boys, their mother and their grandparents at a secluded farmhouse in the Essex countryside in August 1985 was one of those awful stories that sticks in the mind.

Not least because at first everyone thought the killer was in fact one of the victims.

Schizophrenic Sheila Caffell, the adopted daughter of Nevill and June Bamber, was initially suspected of shooting dead her parents and her six-year-old twins Daniel and Nicholas, before turning the gun on herself. 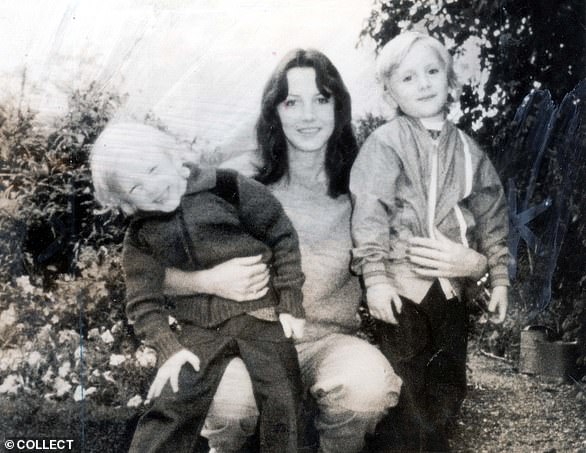 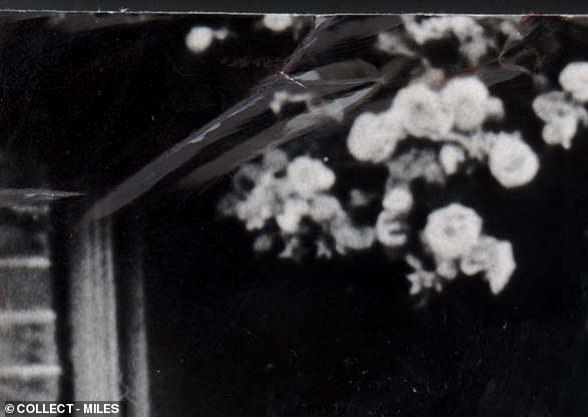 The adoptive parents of Bamber, Nevill and June, pictured above

Police thought it was an open and shut case, until suspicions grew around Sheila’s adopted brother Jeremy Bamber, who would have received a large inheritance.

He told the police his father had called him at his home nearby on the day of the murders to say Sheila had a gun and had gone ‘berserk’, but those suspicions led to Jeremy being charged with the five murders, and in 1986 he was given a life sentence.

This case defined its era in so many ways. It was the first multiple murder case like this and mistakes made by the police resulted in huge changes. It was also defining because of the way Sheila and her mental health issues were treated.

The police initially believe Jeremy’s story that his sister had gone mad. However their suspicions were soon raised.

Detective Sergeant Stan Jones was among the officers who hadn’t been convinced by Bamber and claimed he had informed senior officers that they ‘had not been happy’ with the way Bamber had carried himself.

Bamber was later arrested and charged with the murder of his parents, sister and her twin boys.

A year later he was convicted of all five murders and sentenced to life in prison.

Since then he has appealed against his life sentence several times and has spoken out, protesting his innocence.

He is a category A prisoner at HMP Wakefield in Yorkshire.