A former campaign staffer has been arrested in connection with this month's shooting death of former Arkansas state Sen. Linda Collins-Smith, according to reports.

Arkansas State Police have not released the connection between O’Donnell and Collin-Smith but a former communications director for the former Republican state senator told Little Rock's KTHV-TV that O’Donnell had worked on Collins-Smith’s most recent campaign and the two were friends. 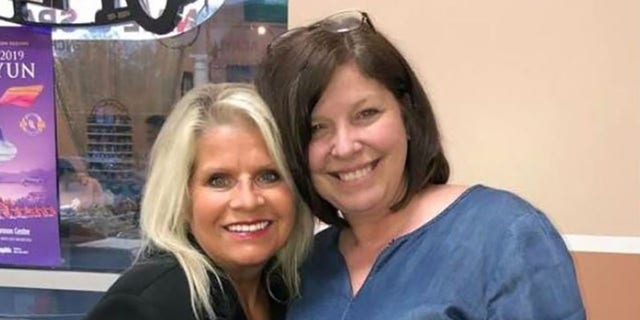 The Randolph County sheriff confirmed to Little Rock’s FOX 16 that this photo is of Linda Collins-Smith (left) and suspect Rebecca Lynn O’Donnell. (Facebook)

No further details about the circumstances of the arrest, or a possible motive, were immediately available.

Collins-Smith, 57, was found with a fatal gunshot wound at her Pocahontas home on June 4, the Arkansas Democrat Gazette reported. The Republican represented the 19th district in Arkansas from 2014 until 2019 until she lost a primary election last year.