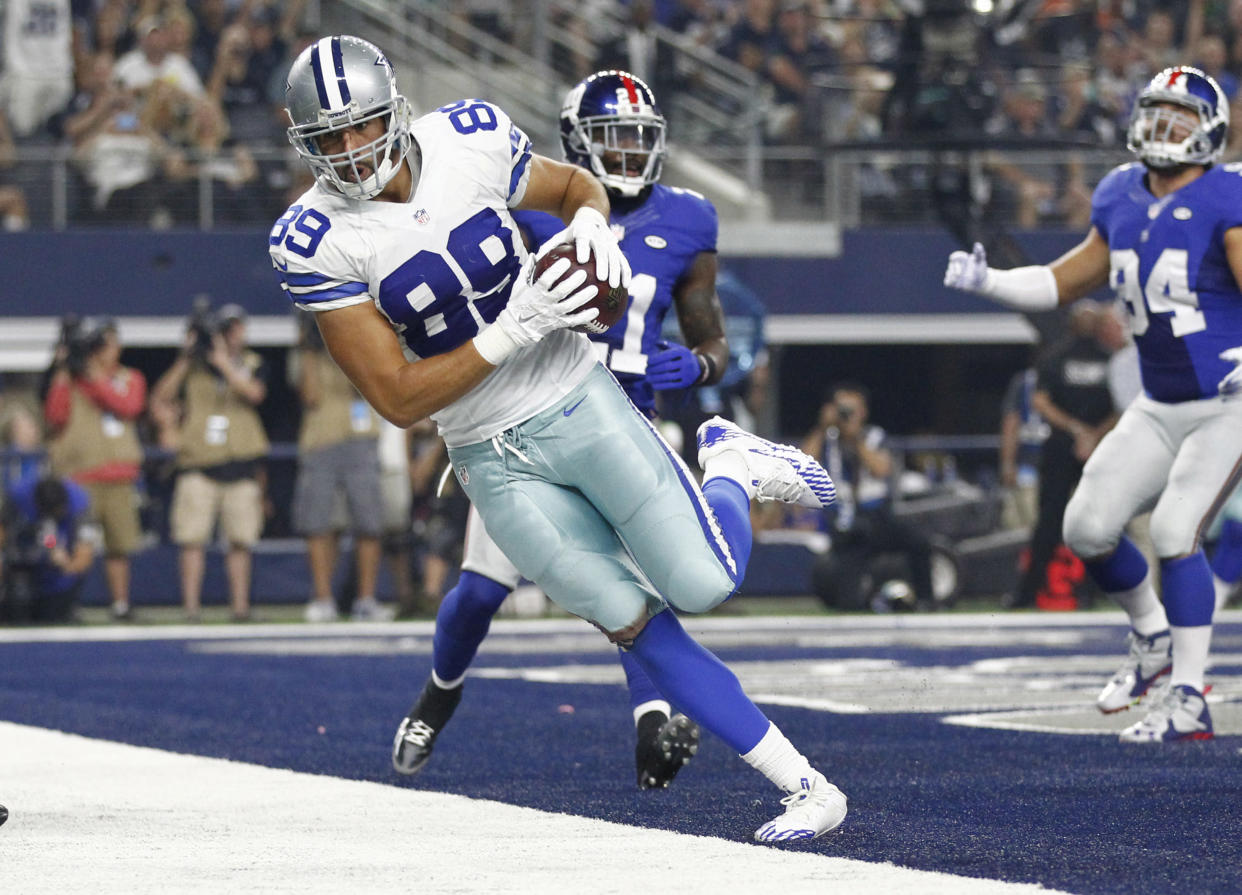 Former Dallas Cowboys tight end Gavin Escobar was one of two killed in a rock climbing incident in Southern California on Wednesday, officials confirmed to the Los Angeles Times.

Escobar and Chelsea Walsh died on Wednesday near the Tahquitz Peak Fire Lookout in the San Bernardino National Forest — which sits just southwest of Palm Springs in Riverside County.

Forever in our hearts. 💙 pic.twitter.com/Pgp7vZ1ebB

It’s unclear specifically what led to their deaths, but officials said they were climbing a “rockface” at the time. Two witnesses saw Escobar and Walsh and called 911 after getting cell reception, per the report.

Firefighters and rescue crews reached the scene about an hour after they were alerted. Escobar and Walsh were then pronounced dead on site.

Escobar was selected by the Cowboys in the second round of the 2013 NFL draft after three seasons at San Diego State. Escobar spent four seasons in Dallas before playing one final year with the Baltimore Ravens in 2017. He last spent time with the Miami Dolphins in 2018.

In total, Escobar had 333 receiving yards and eight touchdowns in 64 career games.

"Our thoughts and prayers go out to Gavin's family. I know his wife, Sarah, and daughters, Josey and Charlotte, were everything to him," San Diego State coach Brady Hoke said in a statement. "Gavin was a great man, father, son and teammate, and will be deeply missed by all."