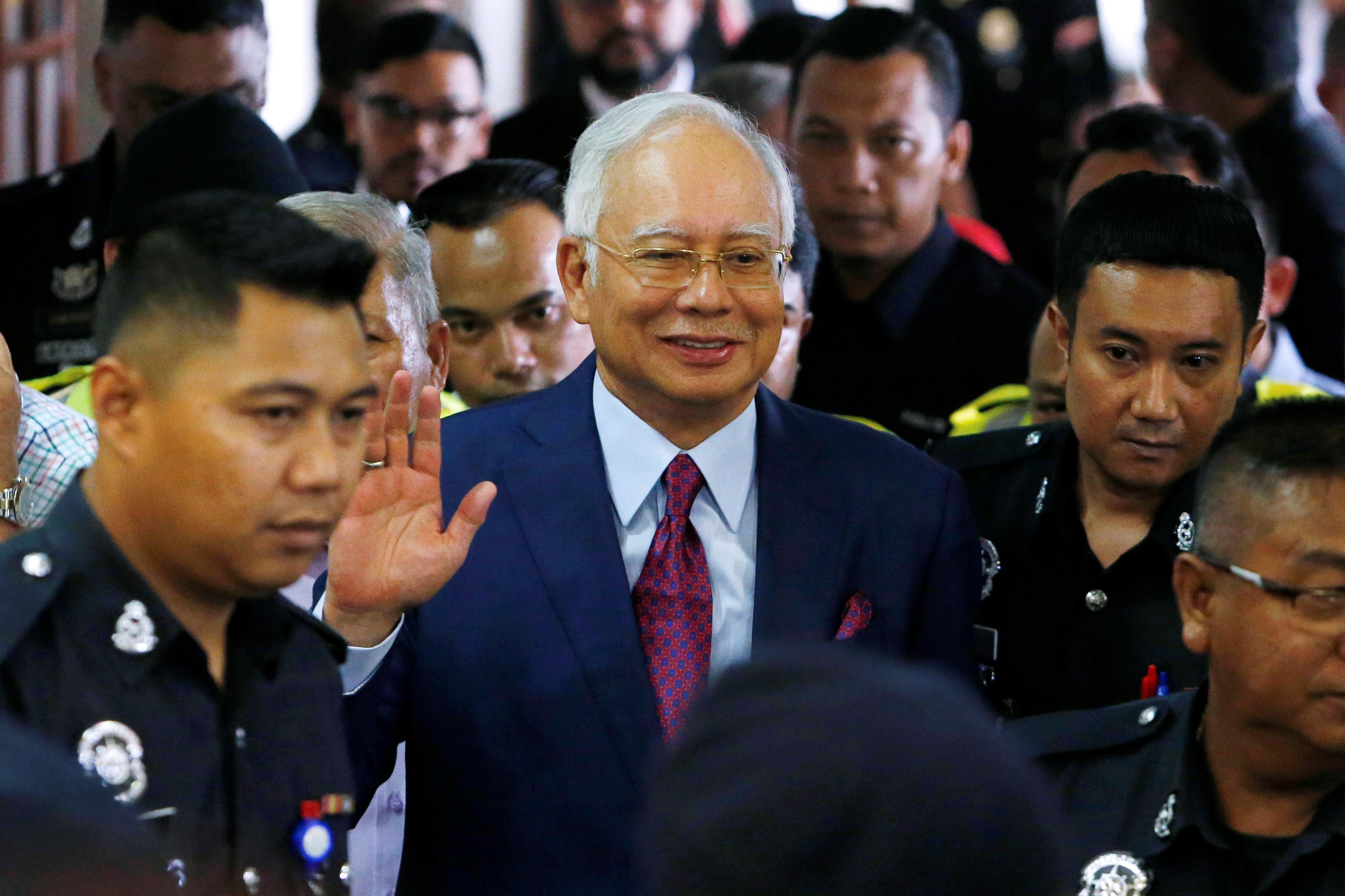 After unexpectedly losing an election to Mahathir Mohamad in May last year, Najib has been slapped with a series of corruption charges, mostly tied to losses at now-defunct state fund 1MDB.

The latest charges bring the total number against him to 42.

Najib has pleaded not guilty to all the charges and has consistently denied wrongdoing. The first of his four trials starts on Feb. 12.

Prosecutors on Monday alleged that Najib received in his private bank account a total of 47 million ringgit ($11.44 million) in proceeds of illegal activities, according to charge sheets seen by Reuters.

A conviction on each charge would involve a maximum fine of 5 million ringgit or imprisonment of up to five years or both.

National news agency Bernama reported that Najib had pleaded not guilty to the new charges.

The U.S. Justice Department has estimated that a total of $4.5 billion was misappropriated by high-level officials at 1MDB and their associates between 2009 and 2014.

The new government led by Prime Minister Mahathir reopened investigations into 1MDB after the election victory.

Malaysia last month filed charges against Goldman Sachs in connection with its role as underwriter and arranger of bond sales that raised $6.5 billion for 1MDB.

Goldman Sachs has consistently denied wrongdoing and said certain members of the former Malaysian government and 1MDB lied to the bank about the proceeds of the bond sales.