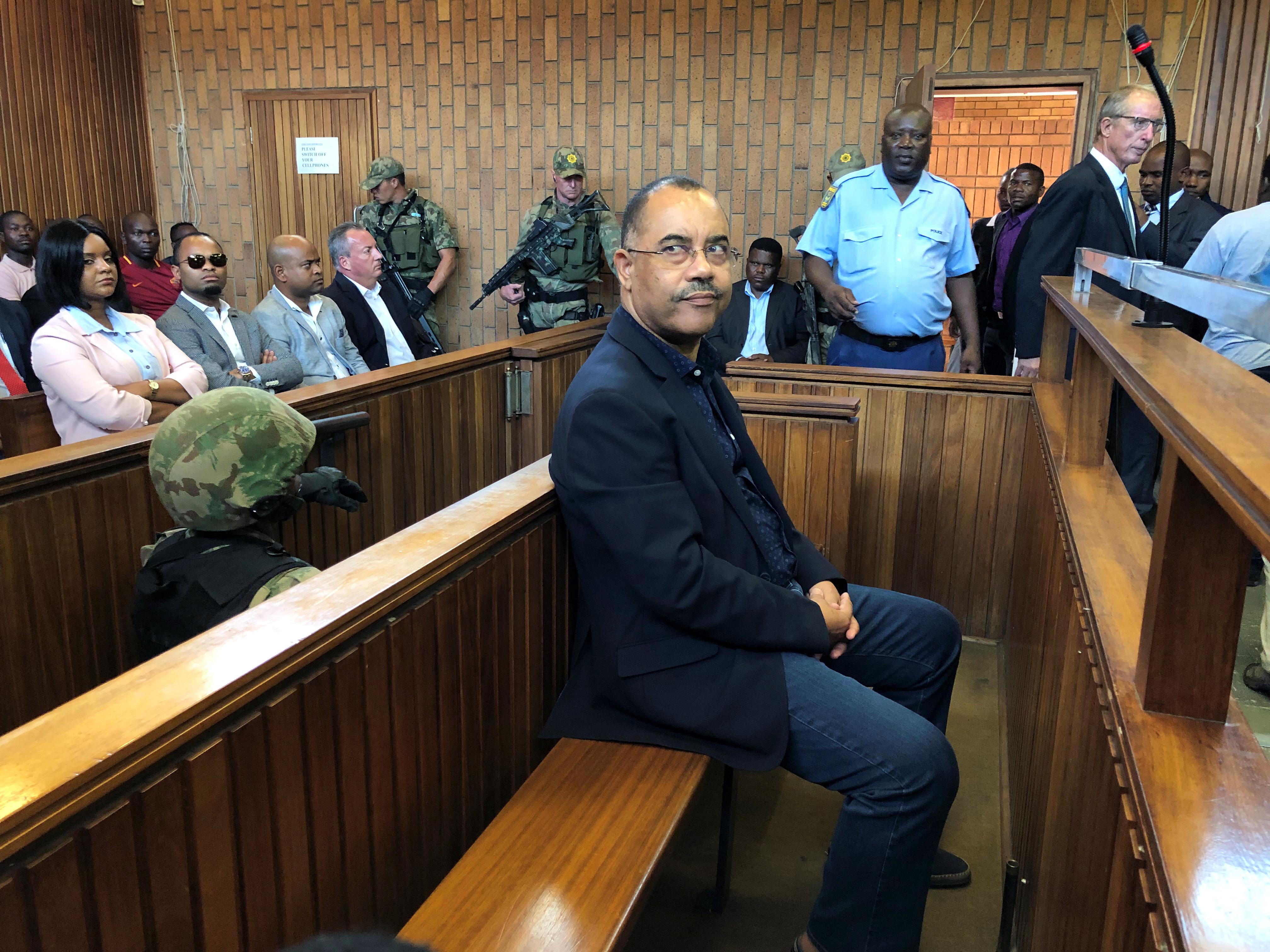 JOHANNESBURG (Reuters) – Lawyers for former Mozambican finance minister Manuel Chang argued on Tuesday that his detention in South Africa over $2 billion of fraudulent loans was illegal and that he should be released.

Chang, who denies wrongdoing, was escorted into the Johannesburg court by four armed policemen, then taken back into custody after the judge adjourned the case to let the prosecution prepare counter-arguments.

Chang has been held in South Africa since Dec. 29 as part of a U.S. case that has seen arrests in London and New York and overtaken Mozambique’s own investigation into the matter.

During Tuesday’s hearing one of Chang’s lawyers argued that his arrest and subsequent detention were unlawful because a request for his extradition to the United States had not yet been received.

“The consequence of these facts, is to render the … arrest and further detention of Mr Chang illegal because his arrest was effectively on terms of an ineffective warrant,” the lawyer Willie Vermeulen said.

Chang oversaw Mozambique’s finances when it failed to disclose government guarantees for $2 billion in international borrowing by state-owned firms.

Mozambique acknowledgment in 2016 of the undisclosed lending prompted the International Monetary Fund and foreign donors to cut off support, triggering a currency collapse and a default on its sovereign debt.

The United States is also seeking the extradition of three former Credit Suisse bankers and the lead salesman of Abu Dhabi-based holding company Privinvest, who it says are implicated.

Mozambique’s Attorney-General’s Office indicted 18 citizens, including Chang, as part of its own investigation late on Monday, and said it would seek to have those charged in the United States face charges in Mozambique.