Few athlete paths have been more winding than Mark Appel’s.

After nine years of grinding in the minor leagues, battling shoulder injuries and even leaving the game, the No. 1 pick in the 2013 draft made his MLB debut Wednesday at 30 years old.

The Philadelphia Phillies called on Appel out of the bullpen for the ninth inning against the Atlanta Braves, trailing 4-1. It wasn’t a high-leverage situation in a game Atlanta eventually won, but Appel looked just fine on an MLB mound while allowing a single baserunner and keeping the Braves off the scoreboard. He recorded his first MLB strikeout in the process.

Appel’s first MLB pitch induced a lineout to first base from outfielder Marcell Ozuna. Catcher William Contreras then knocked a groundball past shortstop for a single for Appel’s first hit allowed. Then came the moment Appel surely savored most. He built a 1-2 count on outfielder Adam Duvall before freezing him with a 97 mph fastball on the outside corner for his first MLB strikeout.

Catcher J.T. Realmuto tossed the ball to a Phillies ballboy for safekeeping. Appel cracked a smile on the mound.

Second baseman Philip Gosselin ended the inning with a groundout, and Appel concluded his MLB debut yielding a hit and no runs while recording one strikeout in an inning pitched. He threw 10 pitches, six of them for strikes. It’s a moment that Appel gave up on in 2018 when he retired from baseball amid talk that he was “perhaps the biggest bust in MLB history.” 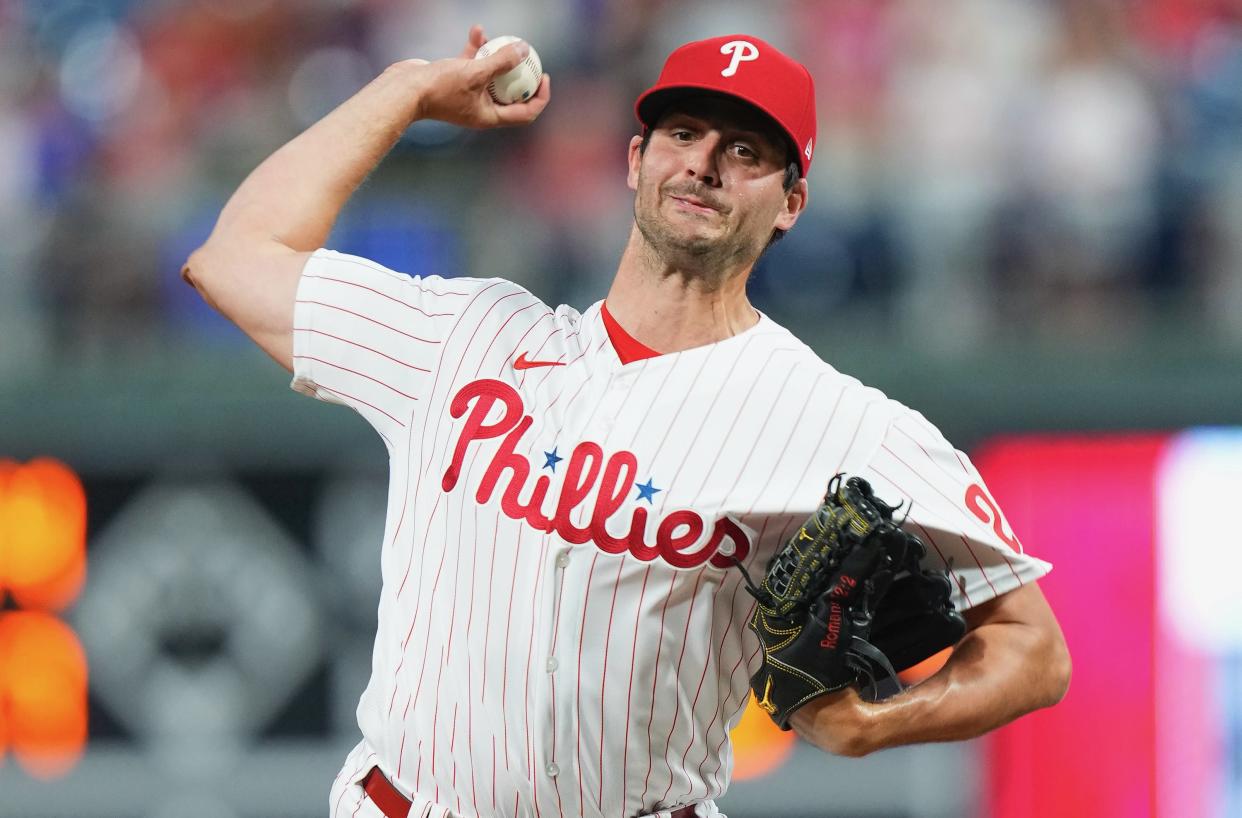 The Houston Astros selected Appel out of Stanford with the first pick of the 2013 draft. A 6-foot-5 hurler with a high-90s fastball, a plus slider and changeup, Appel was projected as a multi-time All-Star. Instead, he spent five seasons toiling in the minors, producing a 5.06 ERA and 1.52 WHIP.

An ailing shoulder that required surgery in 2016 eventually prompted Appel to retire from baseball in 2018. He returned to the game in 2021 in the Phillies’ minor-league system and opened up about his struggles that included a battle with depression.

He continued to struggle on the mound, producing a 6.06 ERA and 1.612 in 71.1 innings pitched across Double-A and Triple-A in 2021. He found his stride with a 1.93 ERA and 0.929 WHIP for Triple-A Lehigh Valley in 28 innings this season. So when the Phillies needed help in the bullpen, they called up Appel on Saturday.

Four days later, Appel likely earned more chances to prove himself with his scoreless inning against the Braves. And he can finally call himself an MLB pitcher.