Ahmed Abu Abed succumbed to wounds in Gaza after being injured by shrapnel during protests against Israel’s blockade. 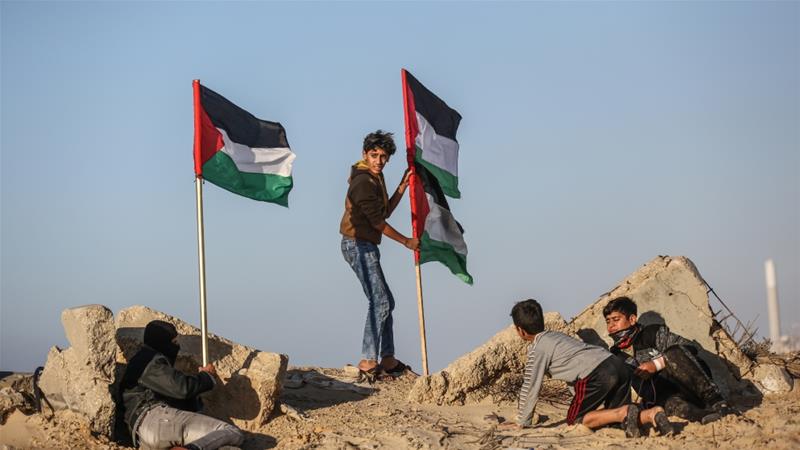 A four-year-old Palestinian boy has died after being injured by Israeli gunfire at a routine protest near the fence with Israel, Gaza’s health authorities said.

“Ahmed Abu Abed, aged four years and eight months, died as a result of the wounds he received last Friday east of Khan Younis,” al-Qudra said in a statement on Tuesday.

In the hospital where the boy died, 38-year-old Bassem told AFP news agency he was the child’s uncle.

He said Abu Abed was injured by shrapnel when his father was shot during regular Friday protests, dubbed the Great March of Return.

The boy’s funeral will take place on Wednesday.

The Israeli army said on Wednesday it was reviewing the incident while accusing Hamas – the group governing the Gaza Strip – of using residents as cover for attacks.

A fragile calm has taken over the besieged enclave since an Egyptian-brokered deal between Hamas and Israel was announced last month.

The truce was designed to restore calm and end two days of Israeli aerial attacks on Gaza which began after Palestinian factions fired rockets at Israel in retaliation for an undercover Israeli operation that killed seven in Gaza.

At least 14 Palestinians and two Israelis were killed in the two days of violence.

The killing of four-year-old Abu Abed follows months of demonstrations by Gazans along the fence with Israel, demanding their right to their ancestral lands from which they were expelled 70 years ago.

The Great March of Return rallies culminated on May 15 to mark what Palestinians refer to as the Nakba, or Catastrophe – a reference to the forced removal of 750,000 Palestinians from their homes and villages to clear the way for Israel’s establishment in 1948.

So far, more than 195 Palestinians have been killed in Gaza, one of the most densely populated places on earth.

Two Israeli soldiers have been killed since the protests began on March 30.

In September, seven protesters were killed by Israeli gunfire, including two boys aged 12 and 14.

This was the bloodiest day since May 14 when more than 60 Palestinians were killed in Gaza during protests against the inauguration of the US embassy in Jerusalem.